For Garmin activity trackers, fitness was always a mainstream motive. On the same token, the Garmin Vivosmart3 is coming with a lot of features; debuting VO2 max tracking as well as carrying on the previous specs like exercise detection, rep counting, and heart rate monitor. Also, the Garmin in its new fitness console directs the focus towards day-to-day wellness by adding stress tracking, breathing exercise guide and sleep monitoring features. 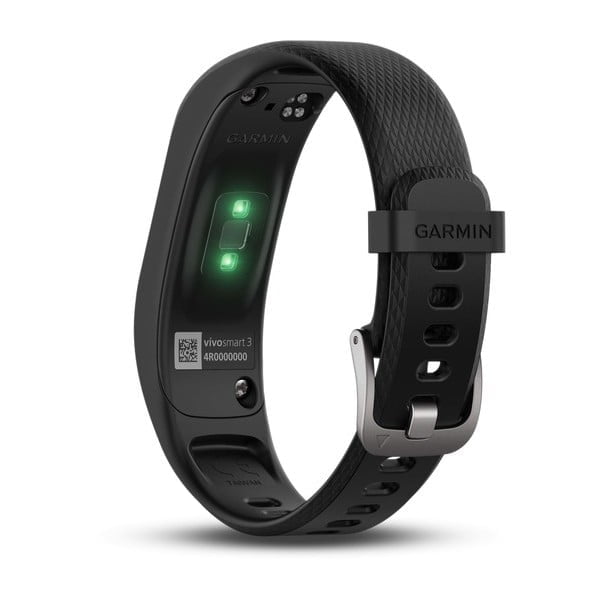 The design of Vivosmart3 is slim and light compared to the predecessor. The fitness wearable has a monochromatic display that is hidden behind the band as in the soft rubber strap extends over the display giving the device a uniform texture. While in the Vivosmart HR the display was distinguishable from the band. The display is still good with the taps, swipes, and responses for tracking and navigation. The display is invisible when off, but it automatically senses your wrist when turns upward to check the time. The bands are not interchangeable so you cannot have variations of the color and strap design. But the Vivosmart3 comes in three different colors as well as small, medium and large sizes.

The Vivosmart3, aside from the slim design, also features high-end fitness tracking tools such as VO2, fitness age, stress tracking, and rep counter when pumping iron and doing push-ups or pull-ups. The model is waterproof and allows swimmers to track their activity. The fitness tracker features Garmin Elevate pulse and heart-rate technology that provides 24/7 heart rate monitoring. Moreover, it automatically tracks activity like steps completed, floors climbed, calories burned, intensity time, sleep and much more. The device keeps a track of your heart rate variability throughout the day and translates it into stress level. However, when the level is elevated the smart console prompts you to breathe and relax.

After tracking the steps and the heart rate, the device provides a read out of your beats for the last hour; including the highest and lowest points. That log of tracking details is at times motivating. The fitness tracker does drop the GPS in this version. But despite that, it provides accurate distance tracking when compared to certain GPS-enabled devices. 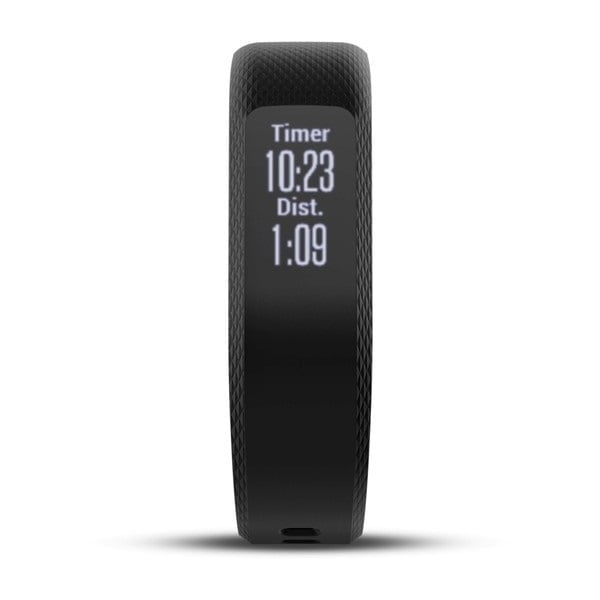 The Garmin Vivosmart3 is the first product of its line-up to estimate VO2 max; a tracking of your aerobic performance. Garmin used to feature the VO2 max previously in its expensive running watches only. The VO2 max score translates into fitness log which is then used to calculate fitness age. The fitness age indicates the user’s fitness level in terms of the age. You can view the in-detail timeline of the activities when you connect the fitness tracker with the Connect app.

The battery life of the Vivosmart3 lasts almost up to 5 days on average usage of the watch. So it is good enough to support the sleep tracking which remains the fallback of many fitness trackers. The Vivosmart3 price is $140 with which the console stands very well against its competitors Fitbit Alta HR and Fitbit Charge 2.

Fitbit Alta HR is hitting the ground with impressive updates