20 Most Useful Apps to Simplify Your Life : Most Popular Apps

Only a handful of apps have true staying power. Here are the most useful apps that have stayed on my home screen for the better part of the year.

As a hardcore tech writer, there’s one question I field at almost every family gathering, “what smartphone apps are “must have” nowadays? The wording change, but the context remains to be the same. I tell my friends that the app industry is more or less like the fashion industry. Trends sweep in and disappear like a ghost. Only a handful of apps I have tested over the years have true staying power, remaining uber useful. Here are the most useful apps that have stayed on my home screen for the better part of this year.

Essentially, Tunity app allows you to scan a TV that’s showing a game in a bar where you wouldn’t normally hear the announcers. You hold your smartphone up, scan the TV through the app for a mere ten seconds and it will automatically find the broadcast and play the audio through your phone! This app is a wish come true, particularly during football season in bars. It’s great for the gym, too. Or, when your child is sleeping soundly in the same room as you, and you want to watch the big game or your favorite TV show. Fire up the app and let it project the audio off the headphones you’ve just plugged into the smartphone! On our holistic list of the most useful app, Tunity remains to be the most whimsical yet useful app with the most oddly specific function.

You know how your significant other keeps complaining about junk mails that you haven’t consented to? Well, no matter how hard you try to unsubscribe the senders simply won’t take the hint. And, even if you submit a request asking the sender to take your name off the list, it might take months before you see the full impact.

Enter Paper Karma, one of the most useful apps for Android. All you need to do is follow a few steps using Paper Karma to ensure you don’t get any piece of junk mail. For starter, you simply need to take pictures of your junk mail and they’ll contact the place on your behalf and request to have you removed from the mailing list.

Paper Karma app can kill two birds with one stone – it cuts down on the amount of stuff that goes straight into trash and recycling, and give you immense mental satisfaction from not having to deal with the junk mails anymore.

P.S. The app is no longer free (available at $1.99/month) and only works in the United States.

You need this! I recently missed a big reveal in a movie because I thought “hey! this is a good time to go pee!” Yeah, no. RunPee will tell you the best time to go pee and will give you a short summary of what you’re missing. The app will vibrate when they think it’s a good time to excuse yourself and use the restroom. In addition, it also tells you if there’s any post credit scene. 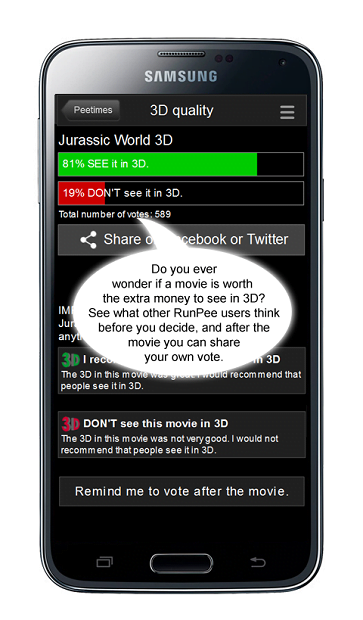 Story time, people! I had just started dating this person and on every alternative weekend, we would spend time at each other’s apartment. I am very picky when it comes to using the washrooms, and even more when I have to use it at someone else’s house when I’m just getting to know them. Flush app saved my life and minutes of emabarrasment! I would tell my boyfriend that I’m going out to nip coffee, when in reality I would have fired up the app to take me to the nearest public restrooms. With one tap, it would show you not just the closest available washrooms but also the directions from Google Maps to take you there.

Flush app has over 200,000 toilets in the database. It’s ‘literally’ a life saver for people with Irritable Bowel Syndrome (IBS) and similar medical problems. 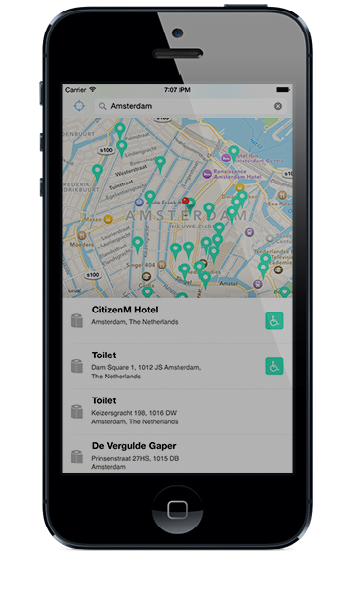 There are plenty of entry-level astronomy apps – and SkEye is one you’ll note is the most useful app! This little app shows constellations and planets that your phone points at. You can even use it on night mode, or attach it to the telescope! I would recommend you use it only on nights when there’s little light pollution. 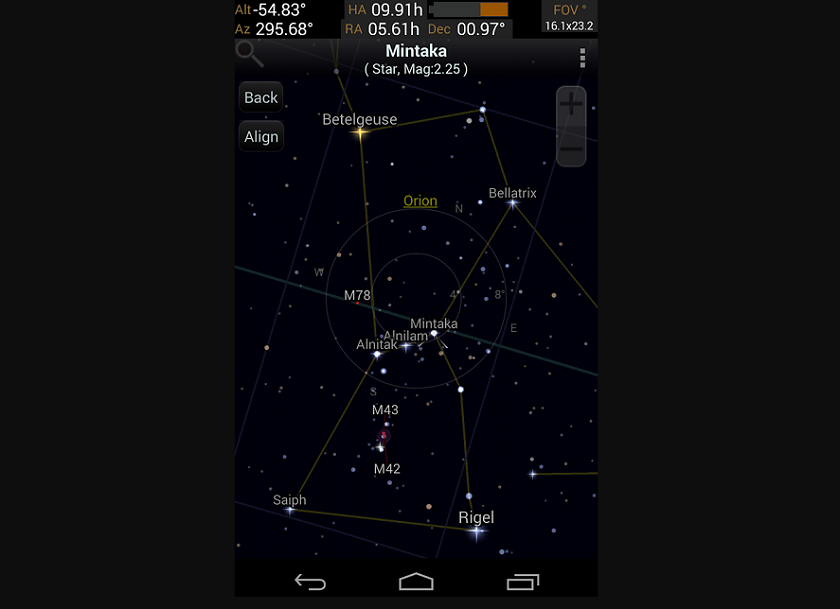 Don’t you love it when machines do all the thinking for you? This app does exactly that when you can’t solve a math problem. Well, it doesn’t just solve the math problem for you – it also shows you the steps when you click on the red answer. This camera calculator app teaches you how to apply knowledge to solve and a math problem. (Just make sure your handwriting is readable!) 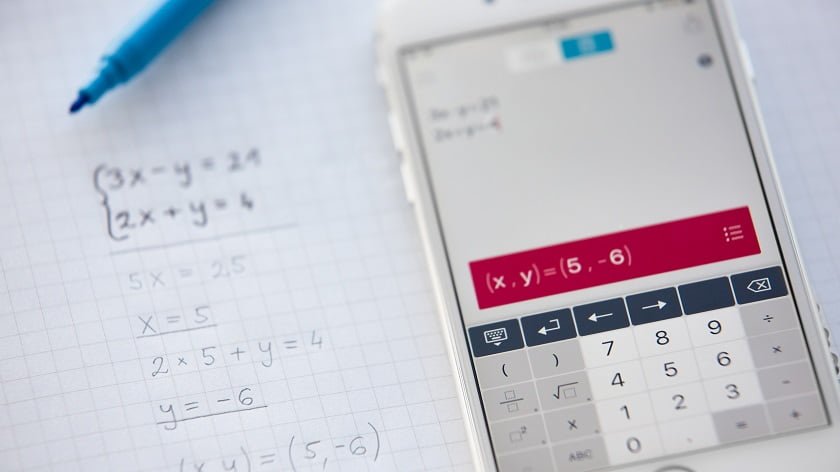 I can’t wake up! Useful Apps

This one is simultaneously the most useful apps and the most frustrating app you’re ever going to download. It’s a puzzle-based alarm clock that will only shut off when you finish the puzzle. You can even configure a barcode scanner to stop the alarm clock. For instance, I have it configured so that I must run to the shower to scan my shampoo bottle in order to stop the loud alarm. Once there, I just turn the shower on and I’m ready in fifteen minutes! Apart from being one of the most useful apps you’ll download, it’s also a big time-saver! 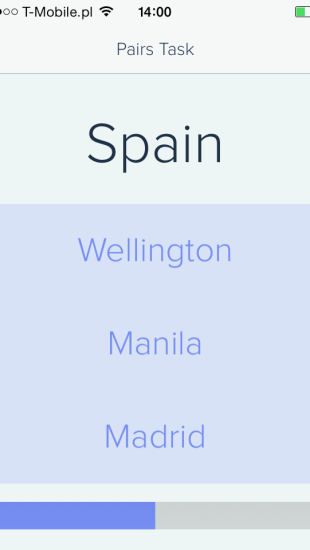 C’mon, it’s almost 2018! If you don’t have this app on your smartphone, I don’t know what you’re doing with your life. Shazam is the best music recognition app out there. It takes about 3 seconds to recognize the music playing around you and tell you the name of the song! 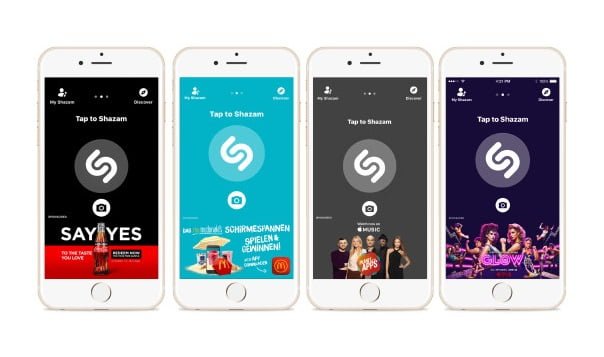 This app gave me an adorably romantic date! Story time – I met a guy for the first time and we had our first date at a café on the riverfront. As it so happens, we talked for hours until it was late evening at the riverfront and the lights went off. My date whipped up QuizUp on his phone and asked me to download it on mine; we played different quizzes and acted about 10 years old – it was a blast! Not cheesy. Not too complicated. Just the right amount to fun to call it an adorable date!

QuizUp is a fun app that lets you do trivia on any subject with people around the world. 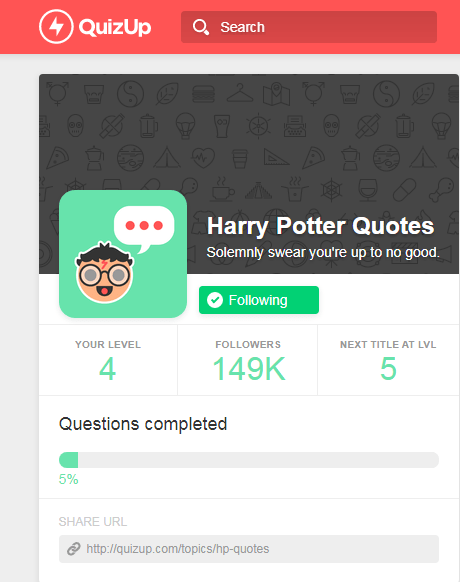 One of my favorite app is SafeTrek. If you’re in a dangerous situation or feel unsafe, you hold your thumb to the screen for 4 seconds and if you fail to enter your pin after those 4 seconds the police are notified of your location. It’s not something you use often but it is nice knowing that you have it on your phone just in case. The app isn’t free but it won’t break the bank either. 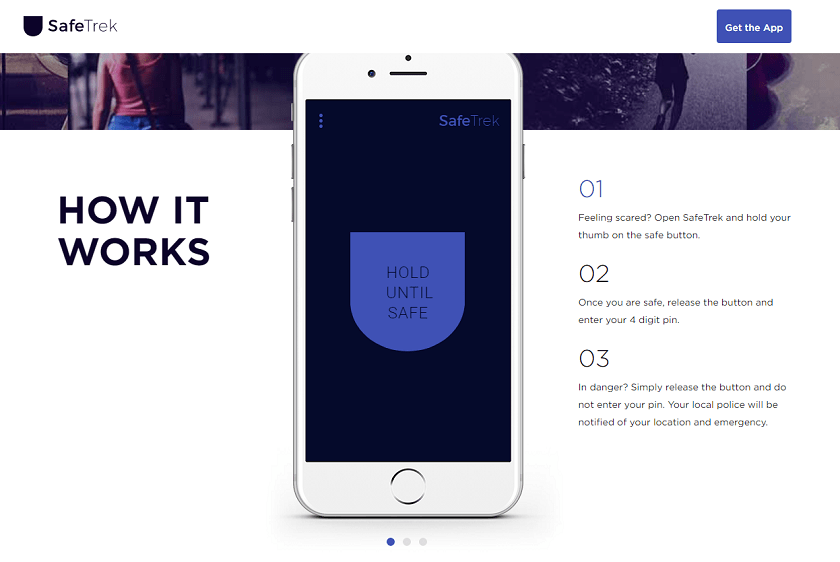 Take a photo of any document and it becomes PDF you can export in seconds. It’s so handy and it consistently produces the most high-quality scan with absolutely no glare (even on photographs!). It’s a must have for college students and office workers who are always on the go. 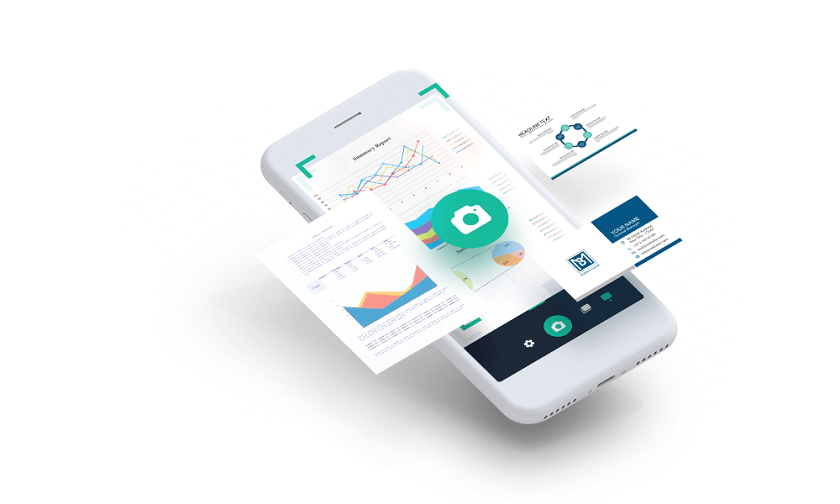 “Ah…I wish I had this link on my phone right now!”

Pushbullet allows you to send messages between your phone and your computer and it shows you messages you receive on your phone as a desktop notification. In addition, you can also have a common clipboard, when you copy a text on your PC you can paste it on your phone and vice versa. Some people simply use it to send texts from their computer while at work. 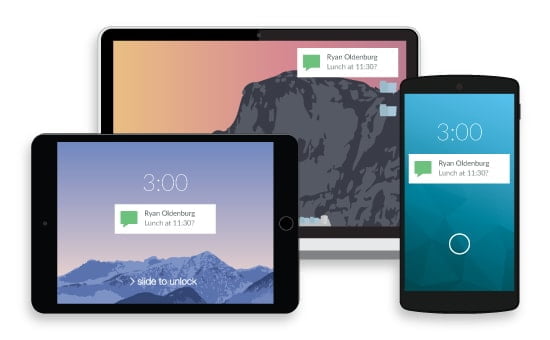 For a broke college student this is one of the most useful apps. The app lets you keep track of who has paid what. It makes it so much easier to settle up on things like bills and meals. You can also create a group within the app to net off amounts between everyone. In addition, you can include notes and images of receipts, etc. 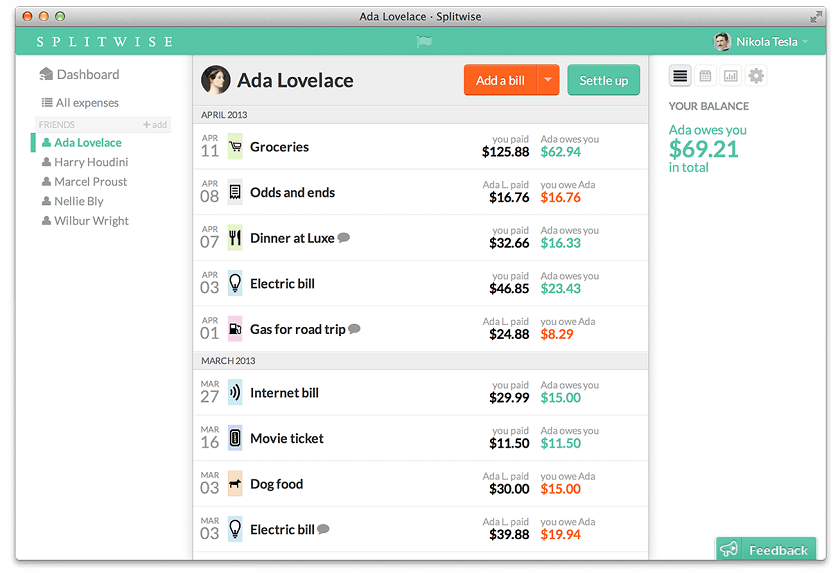 Here we have the fastest, full-featured emulator to run GameBoy Advance games on the broadest range of Android devices. It can even link with other devices for multiplayer. Moreover, it can run multiple instances of the same game and connect those. Bonus: you can save progress at any time and return back to it instantly. 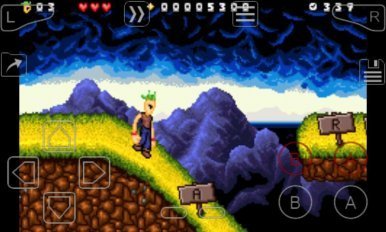 I’ve only used this app once when the Malaysia Airlines Flight 370 disappeared in 2017. Flightradar24 allows you to track most airplanes in the air. The tracking tool makes it pretty convenient knowing when exactly to pick a loved one up from the airport.

P.S. The app gives you a bunch of other details about every individual flights depending on how much you want to pay. 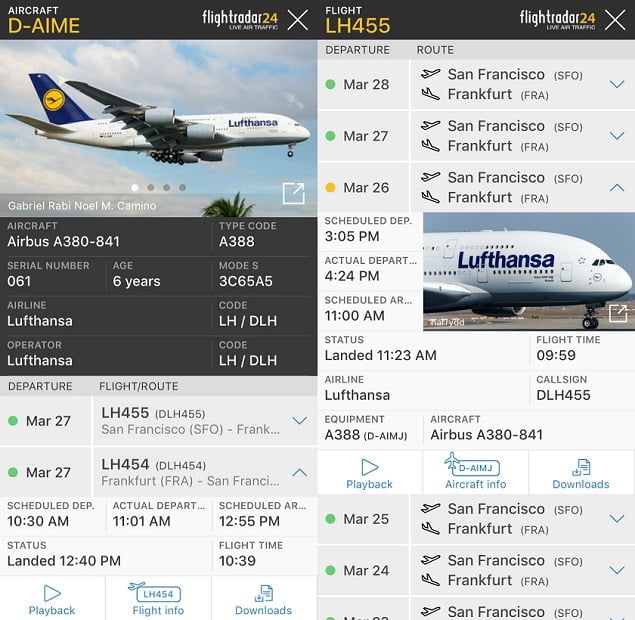 This is one of the most useful apps out there with plenty of awesome themes and customizable layouts. The flexibility is one of the main reasons why Nova is the best Android launcher app. It allows you to customize the layout of all apps and widgets on your device and ever more! Once you download Nova you’ll never go back to the normal launcher. 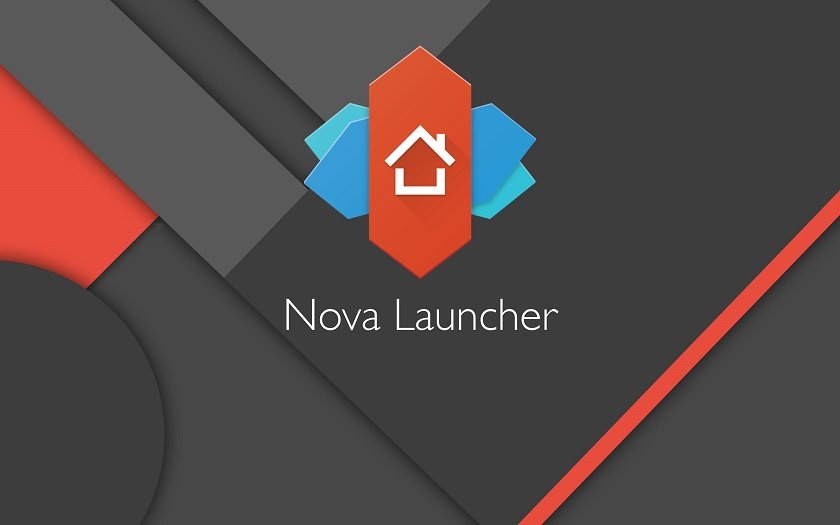 Once you download the Google Opinion Rewards you’ll never have to pay anything out of your pocket on the Play Store. When you install it, you’ll get notifications to take surveys. The surveys last about 10 seconds to a minute. Make sure to keep Location data on (unless you don’t want Google tracking you) to get receive more surveys. Basically, Google Opinion Rewards lets you monetize by letting Google track you wherever you go. For instance, I receive a survey every time I shop from Target or Forever 21 brick and mortar store.

Do you hate waiting in line at the DMV? Well, I do, and this app saved has been a life saver! It allows you to virtually join the queue to make it to the counter without wasting your time in reality. You’ll receive a text altering when it’s time to walk over to meet the official at the counter. 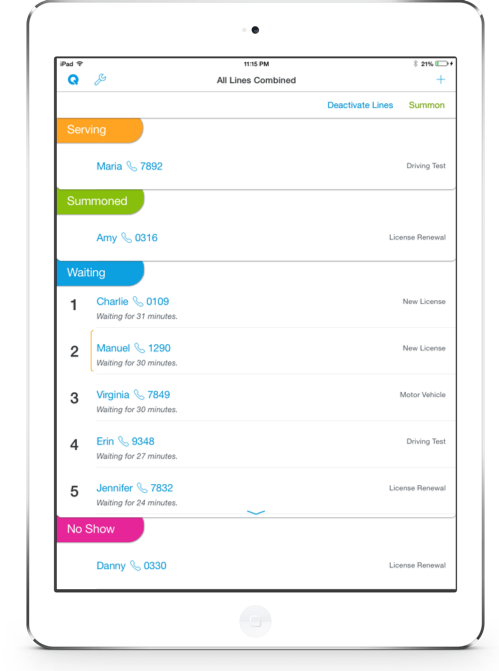 I’m not going to deny it, Police Scanner is not really a useful app. But it’s fun and interesting! At times it can actually get very entertaining. It allows you to hear the police radio chatter of many countries and states. The most popular is the Chicago police with over 600 loyal listeners.

It’s one of the best security and back up apps available for Android devices. Basically, it works as a photo surveillance camera that will send you the picture frames of something happening at a scene. It can email you a picture of an intruder after a set amount of wrong login attempts. It’s nice to see who is tampering with your phone when you’re away. 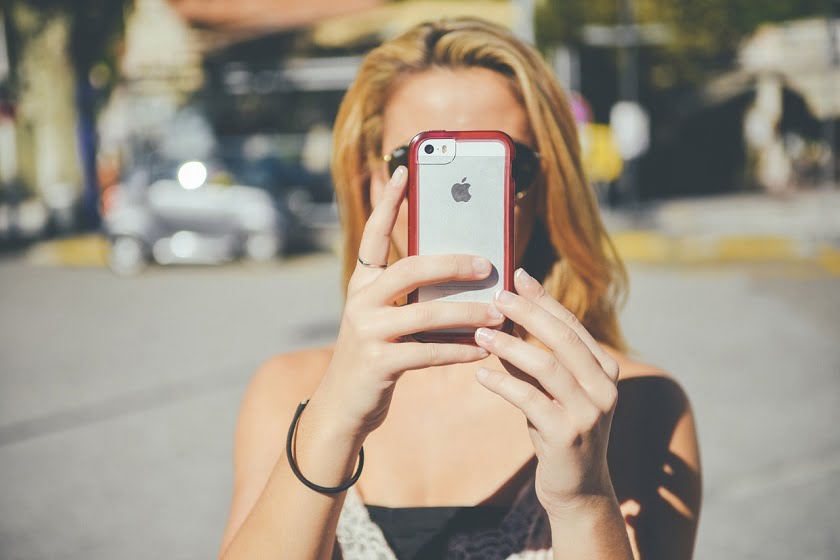 I’ve been underweight/petite most of my life and this app not only worked but helped me gain the much needed-weight. Basically, the app has a massive database of dishes. It will show you what makes up those calories to give you an idea of how to balance your diet. It also has a social buddy system to help you find friends and motivate one another. 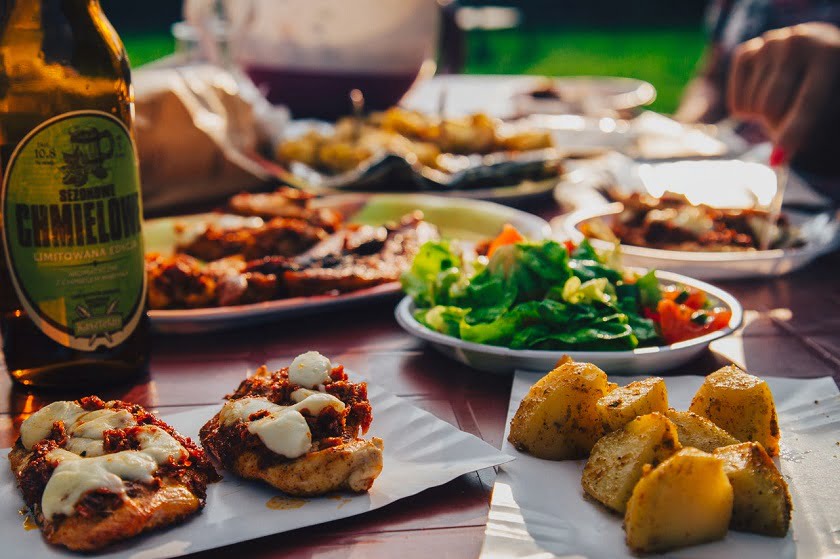