Who wants the cords to dangle like a needy spider-plant? Wireless gadget mobility is an all-pervading trend and our computer mouse is not left behind. When looking for the best wireless mouse to buy, the options stretch from a wireless gaming mouse and a wireless mouse to one specially built for graphic designers.

Logitech dominates the wireless mouse market followed by Razer, SteelSeries, Microsoft, HP, Apple, and Rapoo including many other manufacturers.

Let’s take a quick tour of the overall best wireless mouse available in the marketplace currently.

BEST WIRELESS MOUSE TO BUY IN 2018

Logitech MX Ergo provides the ultimate companionship for comfort and precision among all the wireless mouse models available in the market.

The successor to M570, MX Ergo features an adjustable hinge that turns 0-20 degrees for a natural hand movement. The ease of keeping arms on rest, when reviewing a long document, is a much-sorted luxury available in the trackball variant of the mouse. Due to this feature, Logitech MX Ergo delivers 20 percent less muscular strain compared to a general wireless mouse.

Logitech added the latest model to wireless trackball series after a decade. The precision scroll roller on MX Ergo allows horizontal scrolling along with quick access to shortcuts.

Another key featured in this particular advanced wireless mouse is that it can operate on two devices simultaneously. Based on Logitech FLOW™ technology, MX Ergo can easily switch between two computers and copy-paste text, images and files between them. 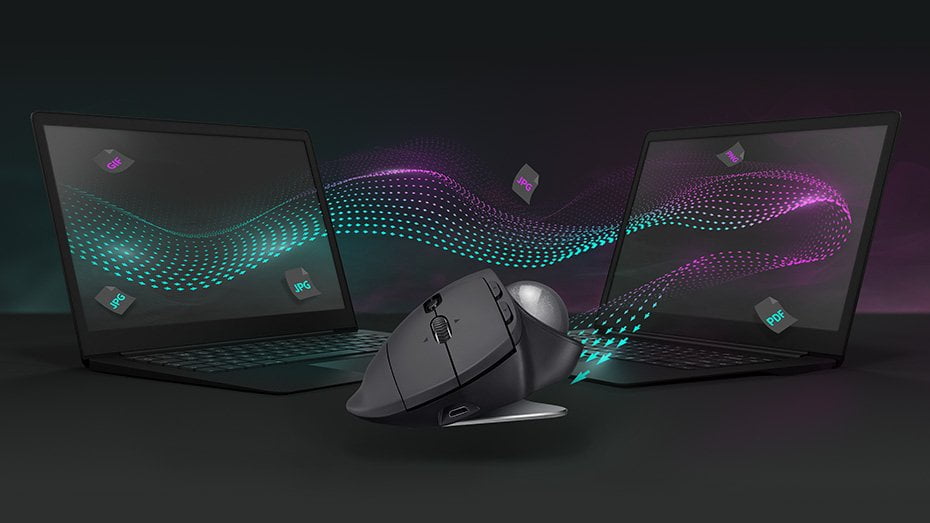 MX Ergo, the best wireless mouse to buy, can hold power for up to 4 months on a full charge. Moreover, one minute of charge gives a full day of use. It operates on Windows 10 or later, Windows 8, Windows 7and macOS 10.12 or later. 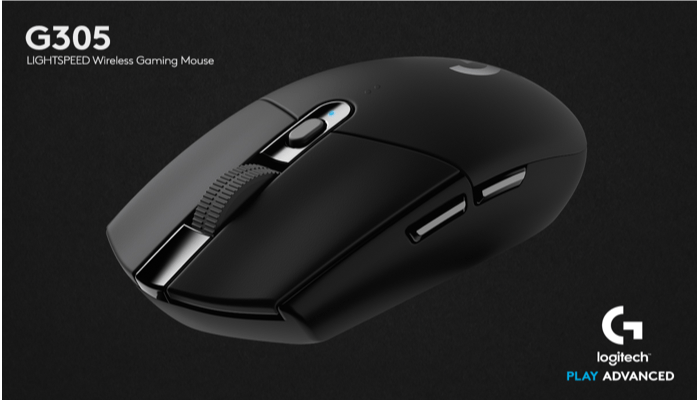 The latest introduction in Logitech wireless mouse category, Logitech G305 is a must computer accessory for all gamers.

The 99 grams weighing G305 has built-in nano receiver storage so that the gamers can play anywhere. The wireless mouse can go for 250 hours or approximately nine months on single AA battery.

Logitech G305 is a truly the best mouse of 2018. The wireless mouse synchronizes with the Windows 7 or later, macOS 10.11 or later, and Chrome OS. 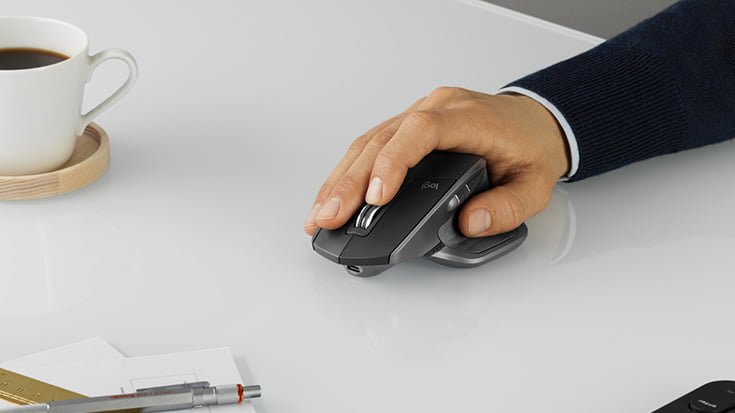 The flagship mouse of Logitech – MX Master 2S can track on any surface including glass. The wireless mouse can connect to any device via Logitech Unifying Receiver or Bluetooth® low energy technology. Combined with Logitech FLOW technology, the wireless mouse switches effortlessly between three devices with the touch of a button.

The design of MX Master allows scrolling through long documents or web pages quicker and easier. The speed-adaptive scroll wheel automatically shifts from click-to-click scrolling to hyper-fast scrolling. A click on the thumb wheel sets you to scroll side-to-side on the monitor.

The wireless mouse works for 70 hours on a single full charge and a 3-minute charge powers the device for a day. 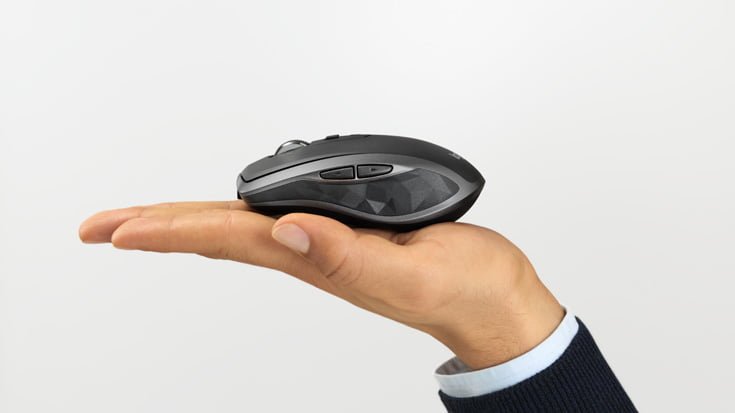 True to its name, Logitech MX Anywhere 2S is one of the compact models in the best wireless mouse list.

Pricing $59.99, the wireless mouse MX Anywhere 2S can scroll on any surface and rushes through a long document in a single spin of the wheel. A click on the scroll enables the wireless mouse to change to click-to-click scrolling. 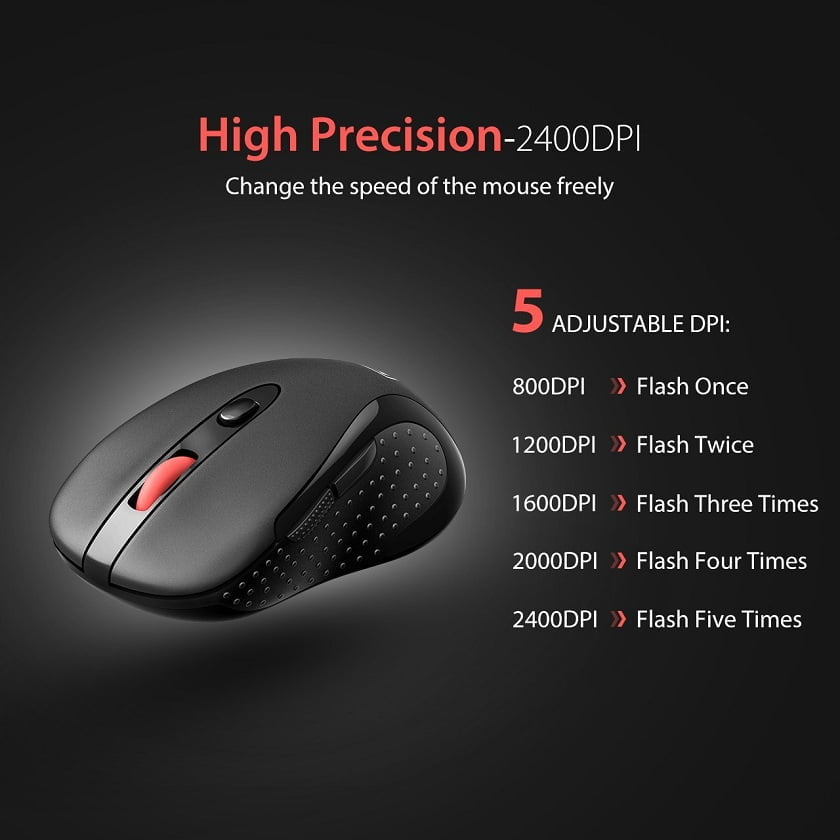 VicTsing 2.4G wireless optical mouse features a nano receiver which is stored in the back of the mouse. It enables the user to plug and play anytime. It can perform from a distance of 33-ft, thanks to the PAW 3212 professional chip.

The design of this low-cost wireless mouse is quite impressive and provides maximum comfort and support. The contoured shape device has a sweat-resistant and skin-friendly finish.

VicTsing 2.4G wireless mouse has a unique system. Post the eight minutes of inactivity, the mouse goes into sleep mode. Hence it operates for 15 months on single AA battery.

VicTsing 2.4G is available for $9.99 in the marketplace presently. And this budget price along with durable performance factors, make it the best mouse to buy in 2018.

Logitech's MX Master 3s: Wireless Mouse that is Twice as Fast and 90% quieter