Ride through every untoward road with this off-road beast and surpass limits, while exploring adventurously in the process.

The 2023 Ford F-150 Raptor R happens to be one of the most awaited cars of the year. For the auto freaks out there, across the globe, it’s an exciting car. And when it comes to the ones, who are absolutely crazy about off-road adventures, it becomes the car that dreams are made of.

The year 2023, is all-set to set the auto market on fire, as one after another top-notch cars are being lined up to hit the stores in the coming months. For some high-end cars, the respective 2023 model has been already released. And for your information, most of them are doing surprisingly well. Hence, the Ford F-150 Raptor R 2023 has its task cut out of making a mark amidst the wave of some really terrific cars, which uphold the advancements in the sphere of auto innovations.

But the way the new Ford F-150 Raptor R has been decked up, none can dare to write it off. Never ever. Not under any freaking circumstances. It seems to have enough firepower to not only lock horns with the mavericks of the game but also pose a serious challenge to the best in the business.

Let’s get along with the hell of a ride that the 2023 Ford F-150 Raptor R has to offer. Fasten your seatbelts for a roller coaster journey. Here we go! 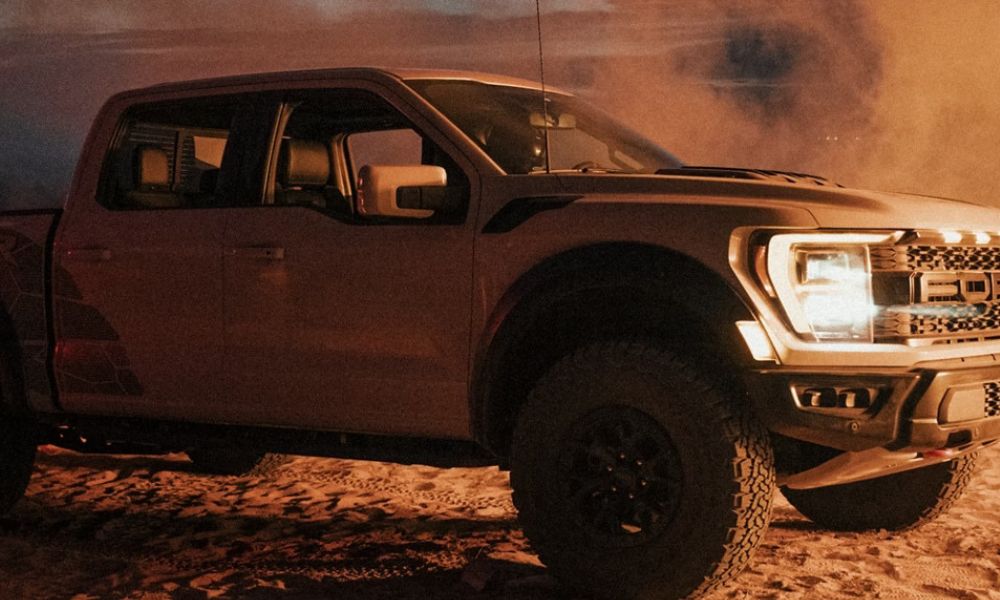 If you are eagerly looking forward to a car that will allow you to enjoy down to the wire adrenaline overdose in the form of off-road mad rushes, then certainly don’t look anywhere beyond the new Ford F-150 Raptor R. Despite a few misses, it easily qualifies as the most sought after car for off-road adventures. [Image Credit: Ford]

For the uninitiated, the Ford F-150 Raptor R is not a new entrant to the auto industry. It has been there for quite long and is regarded as one of the most iconic cars meant for off-road adventures. How much bumpy the road might be, how much mud might be out there, this beast of a car, doesn’t fail to pull it off.

If you are someone who loves adventure and intends to explore the dusty, bumpy, muddy terrains of the countryside, feel free to embrace the new Ford F-150 Raptor R. For, it fits the bill quite amazingly and has served such endless adventure freaks with utmost precision, for years.

With the passage of time, this extremely meaningful car adopted with the changing conditions, moreover, with the rising demands. And now, it has become even more bolstered with an exciting range of advanced features, which result in an enhanced performance, along with an immersive experience.

The words ‘effortless’ and ‘maximum’ seem to be tailor-made for describing the F-150 Raptor R’s deliverables. It’s not everyday that you come across a car that seamlessly generates monstrous performance that comes at the cost of effortless ease.

And when we shift our focus to the added perks and benefits that this outstanding car brings on the table, no appraisal appears worthy enough. Even the toughest of the auto pundits and critics would come at a loss for words thanks to its absolutely stunning show.

The hopes were not anything less than astronomical with the new F-150 Raptor R by Ford, which remains one of the leading auto manufacturers in the present day world, and the interest around it has risen by leaps and bounds, of late. Though the car is yet to hit the roads in full swing as global sales will kick start very soon, it grabs our eyeballs at first glance and calls for admiration if not a heap of praise for carrying forward a long legacy and tradition in style.

Yet, there are certain pain points alongside the astonishing upgrades and value additions, which have had a massive impact on not only its performance but also on the overall look and feel. Let’s have a quick overview of its hits and misses before moving towards with the close look of its detailed specifications.

Time to have a clear view of the salient features of the Ford F-150 Raptor R 2023. Therefore, without much ado, let’s dive into it. 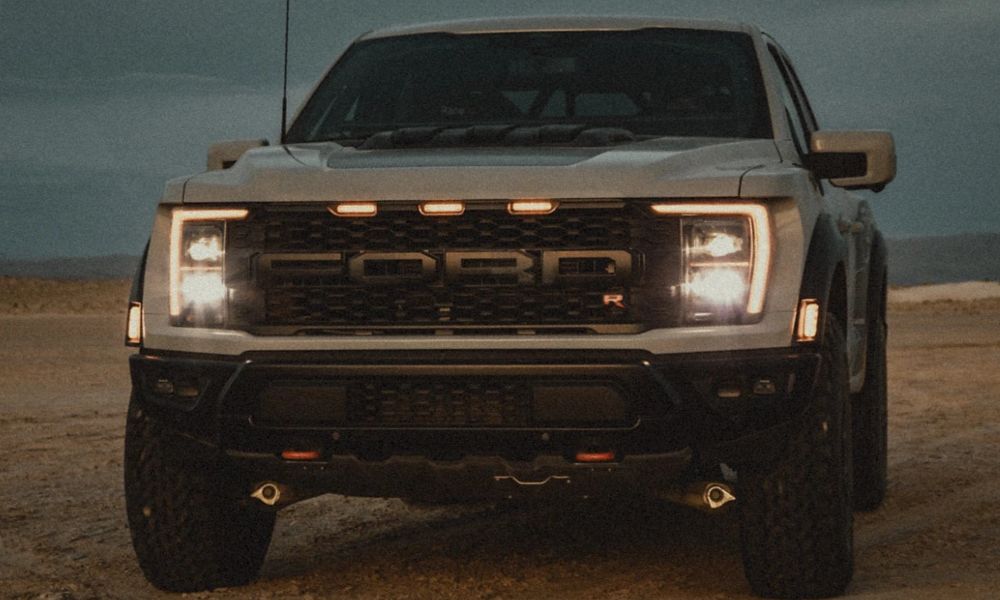 The way the new Ford F-150 Raptor R has been decked up, none can dare to write it off. Never ever. Not under any freaking circumstances. It seems to have enough firepower to not only lock horns with the mavericks of the game but also pose a serious challenge to the best in the business. [Image Credit: Ford]

It would be really exciting, rather a delight to the eyes, to watch how the new Ford F-150 Raptor R fares in its bid to outperform these worthy rivals. We at Technowize, will be keeping a close eye and get back to you with the results after a while.

If you are eagerly looking forward to a car that will allow you to enjoy down to the wire adrenaline overdose in the form of off-road mad rushes, then certainly don’t look anywhere beyond the new Ford F-150 Raptor R. Despite a few misses, it easily qualifies as the most sought after car for off-road adventures.

In a nutshell, it’s the car that not only unlocks a beast of a performance but brings reliance on the table. For, you need to ensure inch-perfect safety as there’s no room for error in off-road exercises. Even a small chink in the armor might turn out to be fatal in such extreme conditions. Hence, you can’t afford to take any risks. That’s why, the F-150 Raptor R from Ford becomes your obvious choice because above all, it’s trustworthy.

Having said that, there’s one major obstacle. The price-tag is too hot to handle! However, check with your own priority list and analyze every aspect. If you feel it’s the car you are looking for, then go for it! [Only if your purse allows you.]

But we must say with clear conviction that such a huge investment won’t go down the drain. It’s actually a ‘value for money’ buy. For, its features, performance and the style, class and elegance, things which are beyond measure, justifies every penny. Therefore, it would be wise enough to bring it home and enjoy a gem of an off-road companion for the next several years.

Give Me a Second Option

If you are fond of a bit more polished car than that of the new Ford F-150 Raptor R, then also, don’t worry a bit. We have got you covered. You can have a look at the Honda Ridgeline, which managed to make the cut in our list of  Top 5 Longest-Lasting Cars recently.

The fact that it clocks an average total mileage of 248,669 miles, is astonishing enough to raise eyebrows. It would cost you way less, as its price starts from $38,800 (for the 2023 edition).

The 2023 Honda Ridgeline is strongly equipped with the electrifying presence of the iVTM4 All-Wheel-Drive System, Dual-Action Tailgate and Lockable In-Bed Trunk, a talismanic triumvirate, which allows it to stand up on a different pedestal altogether.

Thanks to the 280 hp and V-6 engine, it’s reliable enough to carry truckloads of burden up to as much as 5000 pounds. Above all, its truck bed is completely scratch-proof and the car comes with ample customization options.

The Honda Ridgeline would be a good alternative to the 2023 Ford F-150 Raptor R.