The charismatic legacy of the immensely popular Nissan Z series continues in style.

The much-awaited 2023 Nissan Z has been revealed lately and likely to hit the stores by early next year. For the last two years, we came across numerous teasers of the ‘All-New’ Nissan Z leaked by the Kanagawa-headquartered company. Finally, we have got the chance to witness the exclusive first-look of this top-notch performance car. We saw a clean, streamlined, retro shaped Nissan Z, in almost all of those concept images. To the sigh of relief of Nissan Z loyalists and auto enthusiasts, eventually we are now seeing sort of a similar car.

A rare amalgamation of throwback styling and modern engineering, the Nissan Z 2023 sticks to vintage nameplates. Hence, it evokes nostalgia and strikes a chord with millions of retro car lovers around the world. Interestingly, the All-New Nissan Z rides on the same FM (“front midships”) platform, which happens to be the original 21st century Z — the 2003 350Z — arrived in the market some 20 years ago.

Let’s have a close look at the upcoming Nissan Z 2023, which is likely to run riot through the automobile market next year. 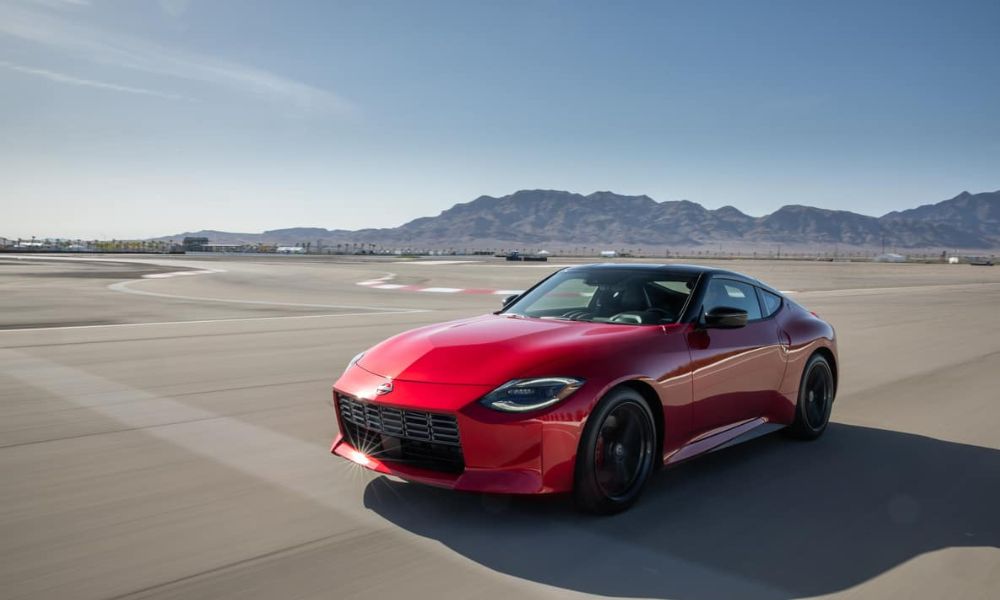 The new Nissan Z happens to be the first in the seventh generation of the glorious Nissan Z series. [Image Credit: Nissan]

Of History That Has Etched Forever with Sports Cars

Nissan is indeed a pioneer, when it comes to sports cars. It has some real standout sports cars in its garage – the original Nissan Skyline, the modern GT-R, the historical Fairlady Z and the Nissan 350Z. But there’s always something special about the smash-hit Nissan Z series.

The first Nissan Z was introduced to the world in 1969. It came with a powerful 6-cylinder under the hood, responsive suspension and of course, stunning looks. When the first line-up hit the stores, they became an instant hit. Since then, over the course of 50 years, this series has churned out 40 models.

The iconic cars of this blockbuster series are widely celebrated for their signature styling and accolade for sheer power and monstrous performance. Moreover, Nissan managed to pack an array of enviable features, along with an impeccable look – blend of charisma, elegance and style, at a really competitive price. This is indeed remarkable and went on to pay Nissan huge dividends, for years after years.

When we look at the iconic Nissan Z, among all the cars that came out in this half a decade, the Datsun 240Z, the Fairlady Z, the 300ZX, the 350Z and 370Z, appear to be clear standouts. Nissan’s philosophy behind the making of its stunning sports cars says it all, “The times change, technology is enhanced, but the passion for giving you a thrilling drive always will remain.”

The new Nissan Z happens to be the first in the seventh generation of the glorious Nissan Z series. It gives the vibes of classic sports cars, thanks to a long hood and a short rear deck. With iconic Z styling elements, it upholds the legacy of swashbuckling performances. Even the first look of the 2023 Nissan Z is enough to suggest that it’s an exemplary reference to modern design.

It comes with a 3.0-liter V6 twin-turbo engine and has been claimed to  clock 400 horsepower and 350 pound-foot of torque. The All-New Nissan Z is bolstered with the electrifying presence of a powerful 6-cylinder under the hood; a Front Midship, and a rear-wheel-drive design that places the engine farther back in the chassis for providing enhanced balance.

When it comes to speed, the 2023 Nissan Z comes out with flying colors as instrumented testing has shown the rear-wheel-drive coupe at around 4.4 seconds in zero-to-60 acceleration and 13 second flat in the quarter mile, both are stunning figures. Nissan must be lauded for presenting buyers with a 6-speed manual transmission, which is indeed commendable as most of the sports cars available at the moment, don’t provide a three-pedal option. Moreover, you will enjoy a 9-speed automatic setup.

In a nutshell, the Nissan Z 2023 is an absolute bargain, given its price –  Z Coupe Sport MT or 9AT costs $39,900, Z Coupe Performance 6MT or 9AT  costs $49,990 and Z Coupe Proto Spec 6MT or 9AT has a pocket-pinch of $52,990. For your information it would be up for grabs in three different colors – seiran blue, ikazuchi yellow and rosewood metallic. 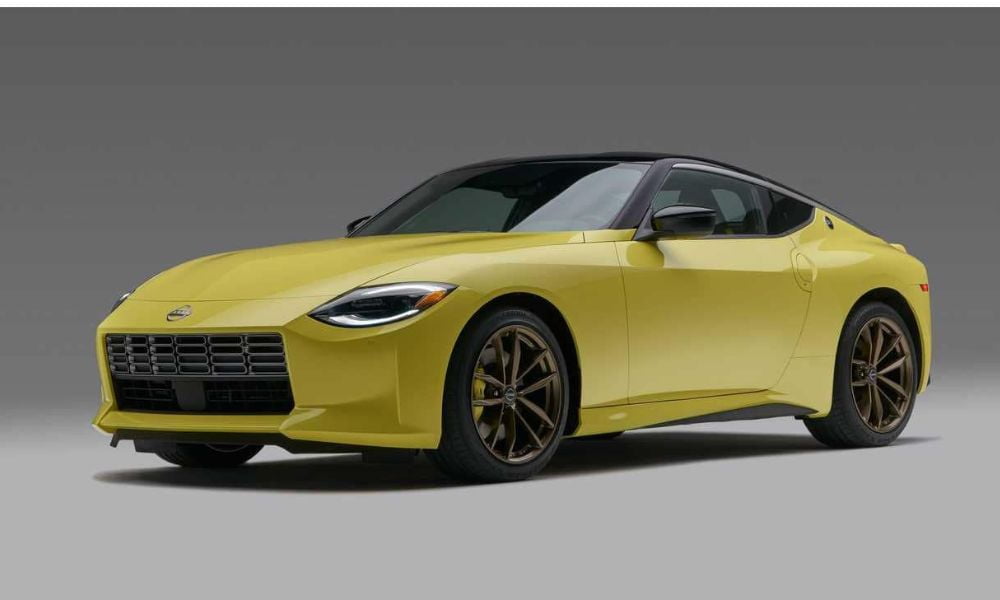 Nissan must be lauded for presenting buyers with a 6-speed manual transmission, which is indeed commendable as most of the sports cars available at the moment, don’t provide a three-pedal option. [Image Credit: Nissan]

The year 2023 is going to be extremely significant in the history of automobiles. A lot of talismanic cars will be pitted against each other, in the new year. Firstly, the 2023 BMW X1 is coming out soon. Secondly, the Toyota Prius 2023 is also going to hit the roads next year.

On the other hand, in the luxury sedan section, the 2023 Lexus LS 500 will be right there at the stores for the ones who have a great taste for premium cars and come with a deep pocket. There’s Audi too in the ring, with the one last hurrah of the famous R8 series – 2023 Audi R8 GT.

The equation would be extremely interesting to see when the 2023 Nissan Z finally hits the roads and locks horns with all these maverick cars.

What is the price of the All-New Nissan Z?

The 2023 Nissan Z is likely to hit the stores by early next year.