Marijuana legalization is inevitable. Twenty-three states and the District of Columbia have liberalized marijuana laws already. While Colorado and Washington state are taking a more traditional approach by establishing ‘regulated markets’, Washington, D.C. is condemning it with a new system “grow and give”. It means that ‘potrepreneurs’ hoping to cash in on the reefer rush, have to rely on ‘gift economy’ where they’re allowed to grow Mary Jane, smoke it, and give it away – but, not cash in on it.

Heck, growing pot is tricky, if you’re a tyro, you have to rely on a friend to ‘gift’ it to you. But, what if you could simply 3D print an open source rig that you can keep in your apartment?

3Dponics, an Ottawa-based company is trying to make growing hashish open source. The company, which has won accolades in the past for its open source 3D printable DIY hydroponics system for gardening, recently released plans for a printable garden for pot that aims to make cultivation of pot quick and relatively easy. 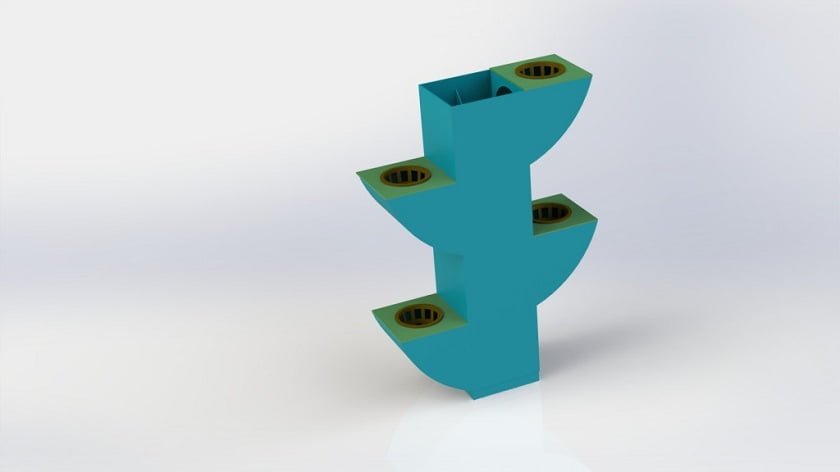 According to a blog post announcing the prototype, the set-up is meant for ‘city dwellers’ where medical marijuana users do not have much space to grow pot. The basic idea is that marijuana users can download the free digital designs and CAD models, jam them into their printer, and print a set of three customizable parts – planters, pots and lids made out of plastic.

The modular garden can be snapped together like LEGO bricks to create a pot growing system – small or large, depends on how you want. You can customize your own designs and share them with other people using 3Dponics’ products from virtually any 3D desktop printer. One can also create a design using the customizer tool for a better pot-cultivating system and post it on the web for other people to download and use. Nothing like traditional pot farming, 3Dponics hydroponics system makes the whole experience hassle free. Once printed and assembled, one only has to interact with the system once a week for trivial tasks such as filling of the reservoir with water or a nutrient liquid. 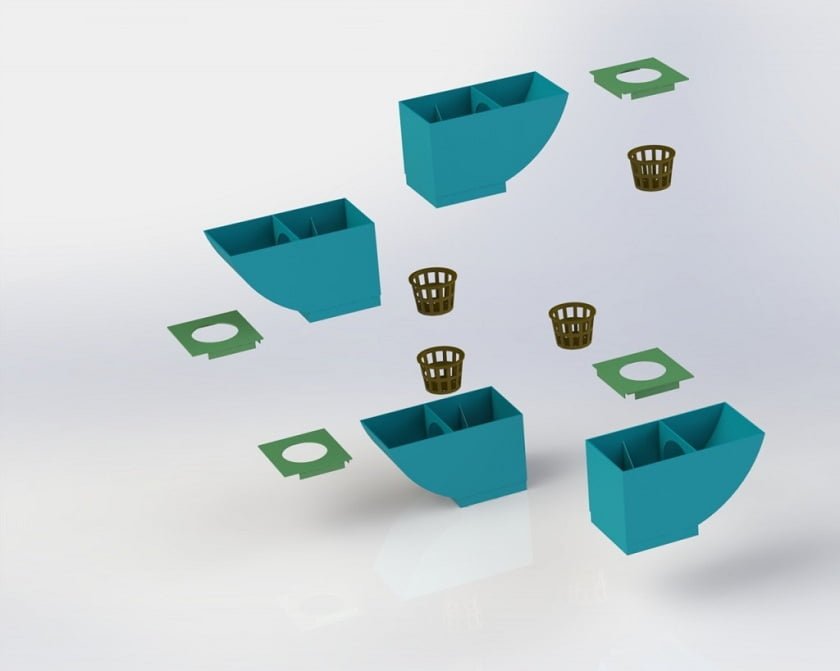 The customizer tool on the site is going to be the milking cow on which 3Dponics will be able to generate buck loads of money, along with the sale and delivery of fertilizers and other supplies, which will also be available to users via a subscription based monthly service.

DIY hydroponics is all about setting up some tubes and a pump to keep nourishing liquid flowing through containers of plants. Instead of buying buckets from a hardware store or cutting up plastic bottles, one can simply print their own garden using 3Dponics’ designs.

Growing your own weed won’t require a regale of garden tools – just a computer and a printer.

The next step probably is to spread the word?

MIT is building a 'one-stop-shop' for 3D-printing robots