If you’re looking for a collection of tech TV shows with sub-genres such as futurism, innovation, and science-fiction, then you’ve come to the right place.

There was once a time when popular technology TV shows such as The Twilight Zone and Doctor Who ruled the silver screen. With the emergence of streaming sites, we now have access to more science fiction and technology TV shows than ever before. It’s not an exaggeration to say that new technology TV shows have become the heavyweights of the streaming world. Some of them you might have heard of, some missed due to more popular Netflix tech shows, like The Umbrella Academy or Stranger Things.

If you’re looking for a collection of tech TV shows with sub-genres such as futurism, innovation, and science-fiction, then you’ve come to the right place.

Here at Technowize, we’ve curated an inclusive list of new Technology TV shows with science fiction and technology as a central theme, or which contain at least one significant element of technology. Some of these tech shows bring to light the efforts that go into making one that is enjoyed by the audience and talk-about for months, sometimes even years. These exceptions have stood out as the immaculate portrayal of technology and its development.

Today we list out five new tech TV shows that one can watch and enjoy them wholeheartedly without complaining. 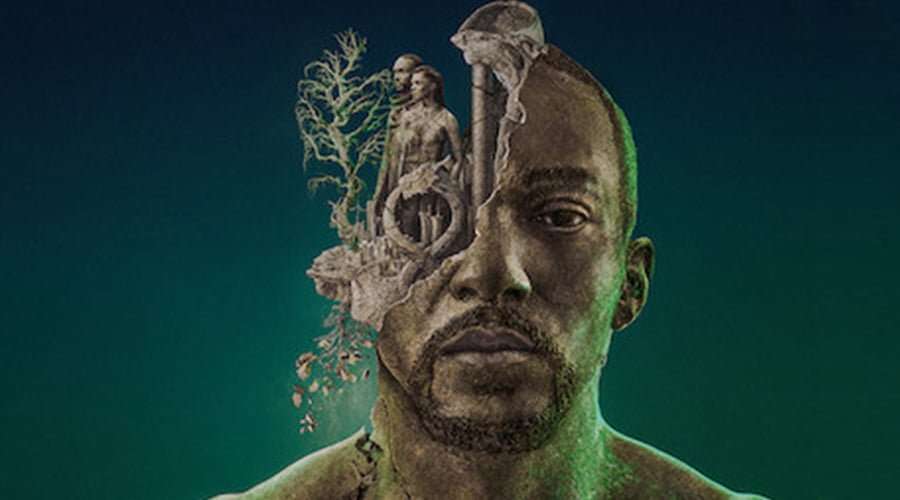 This Netflix tech show is running since February 2018 and is based on the novel by Richard Morgan released in 2002.  The show depicts the impact of technology on lifestyle and humankind after 350 years. The show portrays a world where humans can upload and download efficiently their digital versions in discs and can store them at the back of the necks. The premise of the show is that humans can switch their bodies after their death. The show plot is the story of a proficient killer Takeshi Kovacs who one day wakes up and finds himself embedded in someone else’s body in a prison. The killer then gets a choice to either stay locked up in prison or to solve the murder mystery of Laurens Bancroft- one of world’s wealthiest men. 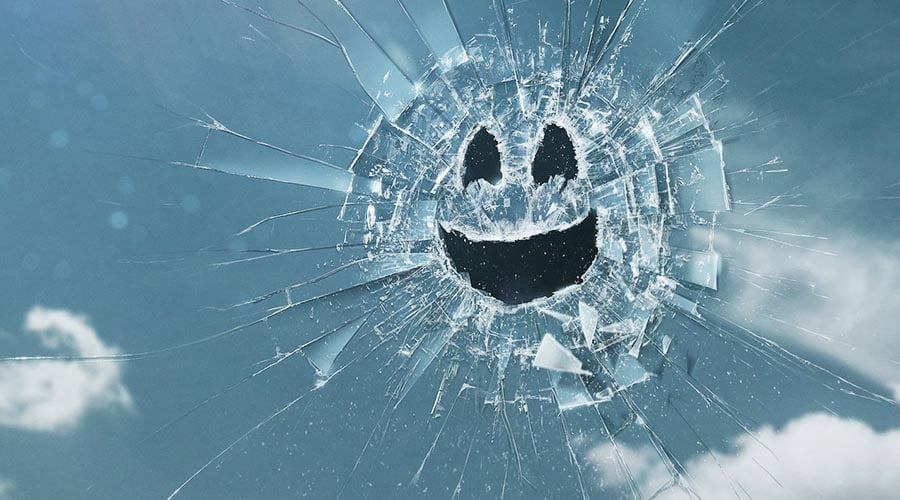 This 2011 tech show in Netflix by Charlie Brooker portrays the darker side of technology and how it can negatively affect the society at large. It is a long-running series of short films clubbed together. The series shows a simple technological idea that drastically has the worst possible effect on the human society. Like for example, the concept of social media and the virtual reality gaming and how it negatively affects the world. The pitch dark plot keeps the viewers immersed in the show. 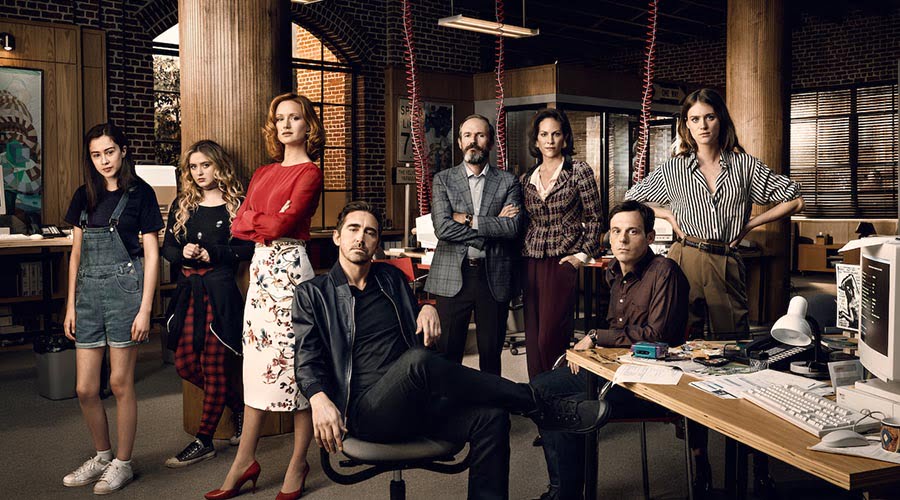 This is one of the best tech-based TV shows by Chris Rogers and Chris Cantwell.  The first season of the show depicts the story of Compaq who copies the IBM in 1980. The show has two other seasons that depicts the birth of the modern internet and its upsurge. However, the show couldn’t gain much momentum due to its slow transformation during the 80s and 90s period. 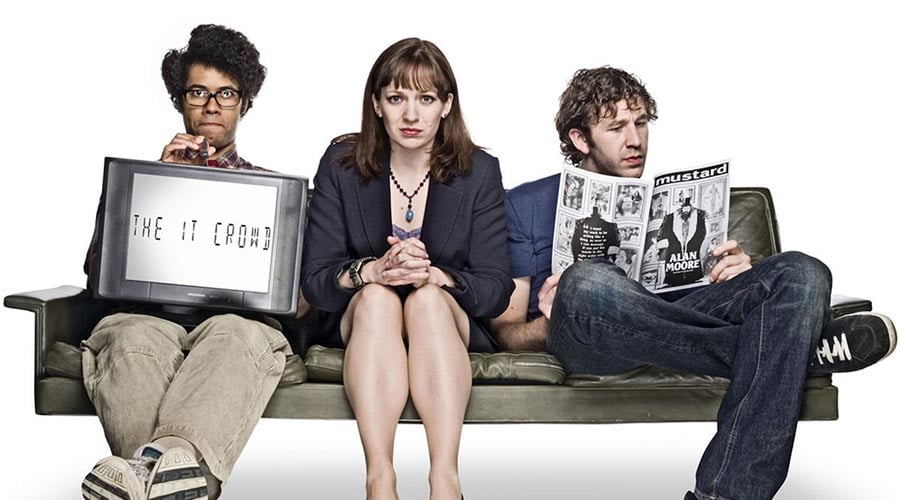 This British tech show started from 2006-2010 and summed up in 2013 with a special episode. The show initiated with Richard Ayoade and Chris O’Dowd as two socially-awkward members of IT department working with fictional Reynholm Industries. They had a boss who wasn’t aware of anything related to tech. The show portrayed a hilarious take with true-to-life results. The show also highlighted a pitch-perfect image of how the end-users look like to qualified personnel. It is more like a sitcom based on the tech industry. 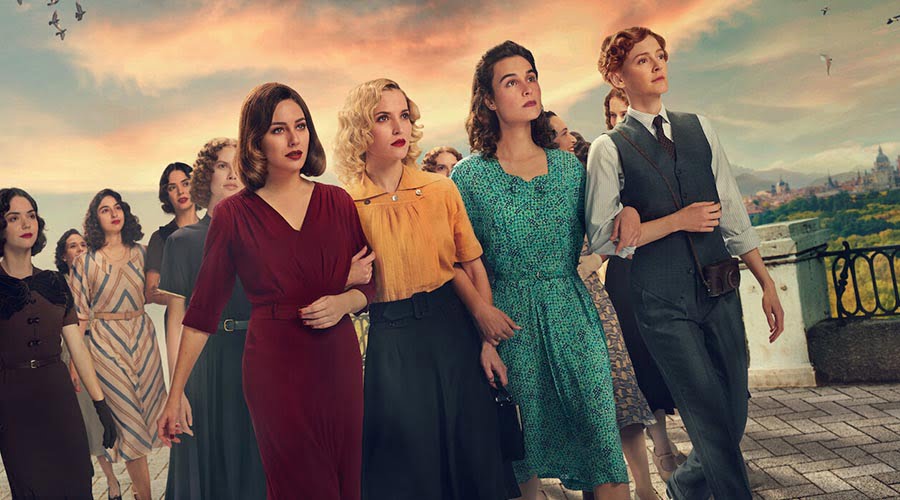 Cable Girls is a 2017 Spanish tech TV series. The show is set in the late 1920s and produced by Netflix. The series portrays the life of four different women who work as switchboard operators in 1928 Madrid, Spain. The women come across one another and end up forming a bond during its first season and help each other live life through the challenges and turmoil.  The show primarily focuses on the struggles that women faced during the early twentieth century and more importantly working in the tech industry in a patriarchal society.

The list of best watchable TV tech shows is endless. However, it is the above that stands apart and lives up to the theme of science fiction and technology.  There are many new Netflix technology shows on cropping up in the same genre thanks to the advancements in technology that is inspiring more writers and directors to tech-based shows. If you are a technology lover or a techie, don’t miss out these shows!