6 Wholesome Charity Apps to Give Something for the Needy

Check out the 6 cool charity apps to donate to the needy, be it money, meals or even blood donations! 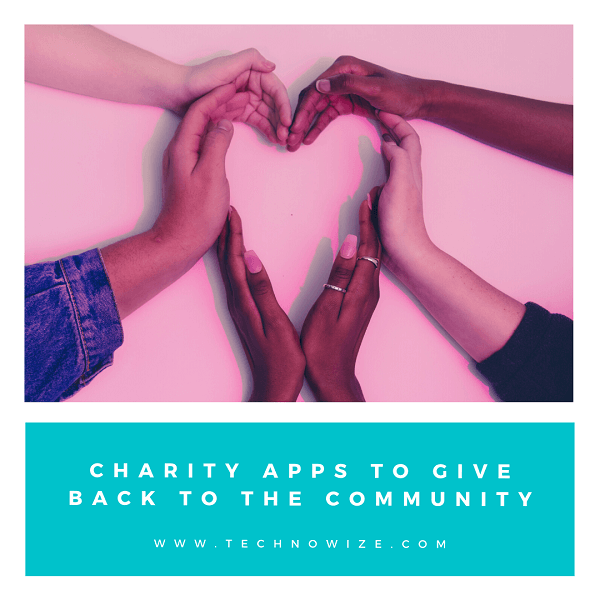 Charity begins at home! And now on the fingertips in just a click! The advancement of technology not only gave us access to knowledge and facilities faster but has also enabled us to donate and do charity much more comfortable than we ever thought of.

There was one time when charity got people putting in a lot of effort, to find the right needy people, to get the contributions in place and ensuring the right person gets them! Nowadays, charity has become more accessible with just a click of a button on the smartphone with the best charity apps listed below:

This charity app was created by the American Red Cross and is useful for people who regularly initiate blood donation. With the app, the donor can track their donation schedules and appointments, get to know about local blood drives as well as donation centres. The best feature of the app is its geo-targeted shortage alert, which lets the user know if their blood type is required in the area.

This charity app by Google is one of the leading apps in charity. It shows how $1 can make a huge impact and difference in life. The app supports the US-based nonprofit organizations that are validated by the IRS and Google. All the donations to the app are directed to the charity as chosen by the user. The contributions made in the app are tax-deductible, and the user will receive a year-end tax receipt for every gift they offer.

This application rounds up the credit and debit card transactions regularly and donates the spare change to the user-chosen charity. This way, the change is put into good use and help is provided to the needy. Coin Up also lets the user set a monthly goal or limit, and the user can also set a one-time donation or any fixed monthly donation as per their convenience. Coin Up sends a monthly report to the person highlighting the contributions and the charities to which they have been offered. The user also receives a tax donation receipt at the end of the year.

This charity app was created by the World Food Programme and aims at reduction of world hunger. Users of this app can easily donate a minimum of 50 cents, which is the amount required to feed a child for a day. The app also allows a user to check and track their donations regularly.

This is a running, cycling, and walking tracker app which makes every session count. With every step a user takes and logs, they raise money for 40 unique charities that are happily connected with the Charity Miles app. Using this app is simple; just select a charity and launch the app before your regular walk or run. The app effectively tracks the activity, and the sponsors will donate the money based on the distance and miles the user have covered. Ever thought that your run or walk can help someone? Charity Miles is making it happen!

This charity app, also from the World Food Programme is one of the popular apps. Unlike ShareTheMeal app, this app doesn’t require the user to give money straight from their pockets. The only thing the user needs to do is play trivia games on the app, and the sponsors associated will donate the amount based on the scores to the charities related.

Feel Good Apps You Should Check out in Sulking Mood