A list of eight quirky apps the download of which is an absolute must this year from your playstore.

As the smartphone has become an essential part of our everyday lives, it not only serves as a necessity but also fills in for a number of other purposes. Serving such different purposes is mainly possible with the help of the wide range of apps available on our smartphone’s playstore. Whatever our requirement, there is a go-to solution for it in the app store. Be it a way to get rid of boredom or help you cook quesadillas, the app store tries to help you out by offering various apps related to the field of your search. Apart from this, there are also some apps which catch our fancy due to their quirkiness that drives our inquisitive self to try them out. Some of the most trending ones in the year of 2017 are listed below.

Beginning with a lighter version of an app we are accustomed with and also addicted to quite an extent, YouTube Go aims to curb your boredom wherever you go. Announced last year, the company decided to launch its Beta version in the country of India first for user reviews. Just like Facebook Lite and Messenger Lite, this app is also a lighter version of the original YouTube app. The YouTube app has been a success all over the world. But being a video streaming app, it consumes a lot of storage space along with using up a majority of your data pack. Along with this, waiting for a video to buffer can surely trigger your patience level. This is why YouTube came out with a solution for this.

The YouTube Go app mainly targets viewers who have issues with their internet connection speed. This app aims to cut down on your streaming cost. It comes with a setting to limit the use of data by this app. The app doesn’t compromise on any of its features. One can download a video in lower clarity to save on storage space and data. The beta version came out in India in April this year. 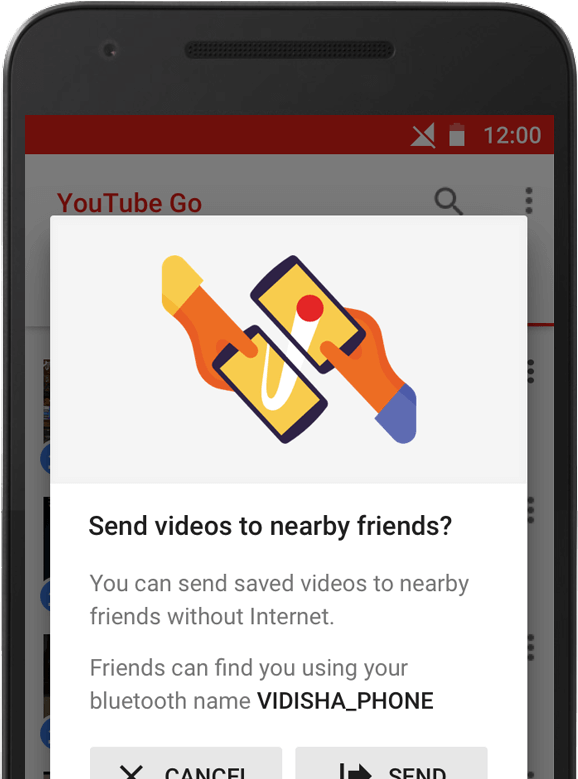 YouTube Go aims to curb your boredom wherever you go.

2. Simple Habit Meditation – Must Have App

As our lives are getting hectic day-by-day, it has become even more important to make sure that the inner self is under control to maintain composure when we carry out our everyday activities. Meditation is a great way to get your nerves under control and refresh your mind to start the day on an energetic note. But in this fast moving world, nobody gets time for that. The Simple Habit Meditation app helps you with this. All one needs is five minutes with this app to revitalize your senses through meditation. The Simple Habit 3.0 which came out this year in May has unique features that help you find your peace of mind. It also comes with an offline mode with the help of which all you have to do is download any meditation exercise and carry it out whenever you have time without the need of an internet connection. 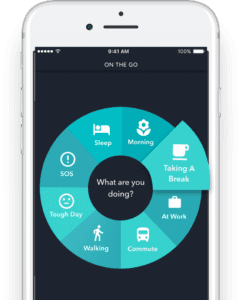 The Simple Habit 3.0 which came out this year in May has unique features that help you find your peace of mind.

The time when messaging was the only medium to communicate with other individuals through texts is long gone. Especially after the smartphone started dominating the human lives, there are so many messaging apps to choose from that it causes a lot of confusion in the mind of the user. One needs to sign up on various apps in accordance with his friends as to which apps they are using so that he can communicate with them. But multitasking between so many apps gets difficult and can also slow down the processing system of the phone which ultimately causes it to hang.

Keybase helps you multitask with ease. This app which came out in February this year provides the facility to message through the portal of various apps without the need to switch between them every moment. One can message on any social media platform straight from this app. Also, it ensures completes privacy as the data of this app is encrypted. 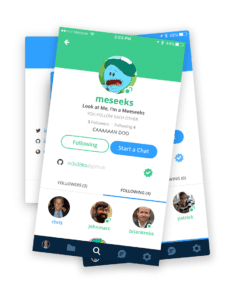 Keybase helps you multitask with ease.

4. Google Expeditions – Must Have App

A majority of us have some time in our lives wished to go on a solo trip and upload ‘wanderlust’ pictures while backpacking on our Instagram accounts. But exploring a certain location without adequate guidance seems like a vague way to travel. Google has come up with an idea through which you need not splurge money on tipping local guides or trying to figure out things by yourself in the absence of one. The Expeditions app by Google offers a virtual tour of over 600 different places. Its original launch two years back was exclusively for teachers to widen the horizon of their students in a virtual classroom. Now it is out in the market for regular use and can be downloaded from any app store. The virtual tour also offers elaborate information on any place of interest.

The Expeditions app by Google offers a virtual tour of over 600 different places.

5. Mobile Ears – Must Have App

Technology aims to make our life better and this is also the main intention of this app. Hearing impairment is not only a health issue but can also cause embarrassment in a social setup. When one fails to hear something, it is human tendency to get agitated which affects his mental health as well. Hearing aids can be expensive hence there is a free-of-cost solution for this problem. The Mobile Ears app uses the microphone on your smartphone to help those who suffer from mild to moderate hearing impairment. This is possible by reducing the ambiance disturbance and amplifying the sound during any conversation. The speech amplification technology on this app helps the user listen to everything clearly even if there is disturbance around. The app automatically adjusts the hearing level of the user in reference to his age and gender. 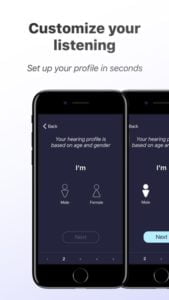 The Mobile Ears app uses the microphone on your smartphone to help those who suffer from mild to moderate hearing impairment.

6. Amazon Spark – Must Have App

Amazon has earned itself great reputation on the e-commerce front all across the globe and aims to expand further in various fields. Its venture in online streaming ‘Amazon Prime’ has gained popularity and is giving tough competition to Netflix. Now the internet giant has decided to try its hand in social media as well which resulted in the launch of Amazon Spark. On viewing this social media app for the first time, it comes across as a combination of Instagram and Pinterest as it is mainly picture-based. The layout of this app holds a lot of resemblance to the home feed of Instagram. The public launch of this app was on 19th July 2017. Thus we have one more option to choose from when it comes to social media.

7. Nintendo Switch – Must Have App

Just when you thought that your gaming experience was limited to gaming consoles, think again. Now you can sync your progress on a Nintendo multiplayer game on your smartphone as well. This is possible because of the launch of the Nintendo Switch app which is now available on iOS and Android smartphones. The app has been launched deliberately a few days before the launch of its much-anticipated Splatoon 2. By linking the Splatoon 2 account to the Nintendo Switch app, the user can review his account stats and also connect to compare these stats with one’s friends. 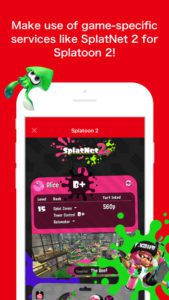 The Nintendo Switch app is now available on iOS and Android smartphones.

8. Microsoft Path Guide – Must Have App

GPS navigation is a godsend when it comes to tracking down a certain location or finding one’s way out in an unknown city. But this system has its drawbacks. It does not function in an enclosed space which is a little inconvenient as there are a number of huge buildings where it is difficult to find a particular spot. This is where Microsoft Path Guide comes in handy. Microsoft Path Guide is a research-based application which provides plug-and-play indoor navigation services at a considerably low cost.

The only outside source the navigation app depends on is the “leader”. This leader is another user who was present in the desired location. Due to this, he can guide the other user as well. With the help of the leader, the user need not rely on faulty GPS services or a slow data connection to guide him to the location. This is because walls usually block the GPS signals due to which it only works outdoors. 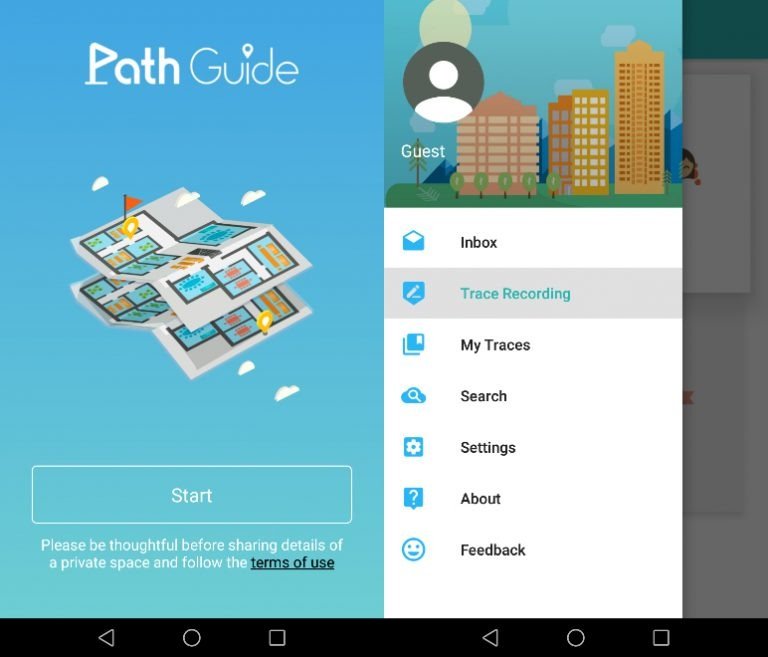 This is just a glimpse of the wide variety of apps that are a touch away for us which strive to make life easier for us. If used for the right purpose, smartphone apps have the range of making a number of functions possible. The apps must be developed keeping the same in mind. These apps are the future of inexpensive technology at our fingertips.