The market for speakers powered by digital voice assistant and AI technology is booming. Nearly 16.8 million units of smart speakers were shipped in the second quarter of 2018, up from 9 million in Q1, as per the recent Canalys report. This accounts for nearly 187 percent growth rate. The smart speaker is undoubtedly the breakthrough gadget of the 21st century.

Google Home with a 32.3% share is leading the charts consecutively in the second quarter. With a monopoly reign till 2017, Amazon’s Echo (24.5%) is sitting close to the leader. The e-commerce giant refreshed the entire line-up of products powered by Alexa last month, so it may catch the top seat soon.

The acceptance and adoption rate of smart speakers has also been rapid, particularly in the USA and China. The US accounted for 68 percent and 52 percent of all Echo and Google Home sales, respectively.

Despite integrating vast capabilities on the smart speakers, a majority of the US consumers are using them for streaming audio. The fact was mentioned in a Nielsen MediaTech Trender Survey on a perception of a smart speaker in the USA, released last week.

In Q2 2018, 24 percent of the US households have smart speakers, reflecting a boost from 22 percent in the earlier quarter. In fact, four out of 10 Americans who own a smart speaker hold more than one device.

This report from Nielsen did not cover any brand-specific details.

With such advanced technology embedded on the speakers, nearly 90 percent of the people use them for listening to music in a “typical week”, while 68 percent of users chat with the voice assistants like Alexa & Google Assistant just for fun.

According to the survey, about 81 percent people turn to smart speakers for getting real-time information such as weather or traffic whereas 75 percent owners use voice command searches for factual information like trivial and history and 68 percent listen to the news.

According to an earlier report voice shopping is still at nascent stage, however, Neilsen study suggests that people use these smart speakers for making shopping lists. 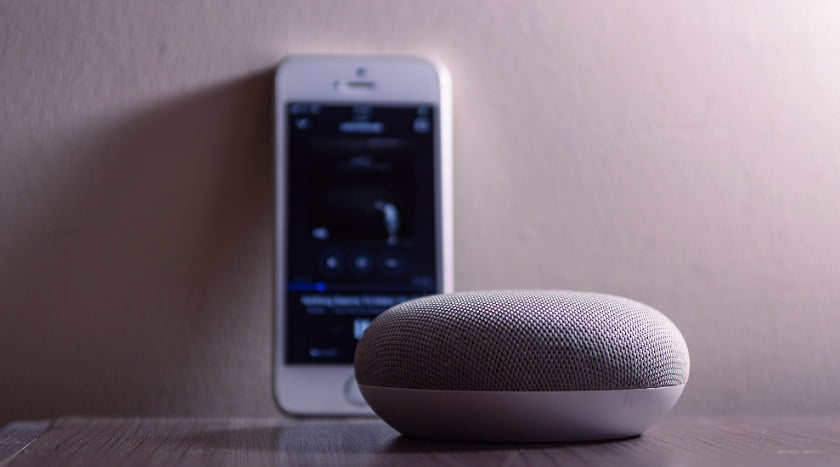 Despite integrating vast capabilities on the smart speakers, majority of the US consumers are using them for streaming audio.

Smart Speaker Synced to other Devices

The findings highlighted that 32 percent and 23 percent of smart speakers are synced with the mobiles and televisions, respectively. 18 percent of people also synced their stereo system with the smart speakers.

About 63 percent of owners have placed their smart speakers in the living room, followed by 35 percent in the bedroom and then 28 percent in the kitchen.

The use of smart speakers tends to increase as the day passes, with the peak use during evening hours. This user behavior remains same regardless of whether it is a weekday or weekend. People, on an average, spend 72 minutes on smart speakers than on weekdays (avg. 68 minutes).

Sonos IPO Ended with 9% Raise After a Modest Start