What makes the Google Pixel 6 different from its predecessors

Google first launched its range of Pixel phones in 2016. Although the line was touted to be one-of-a-kind with superior camera specifications and other features, it was priced to compete with the high-end phones already available in the market. However, despite its sleek good-looks and Google-heritage, it barely managed to make a dent in the market dominated by its rivals. Now, five years down the line, the tech giant aims to cover more ground with its latest flagship and this Google Pixel 6 review aims to help you understand if this phone is worth your while. 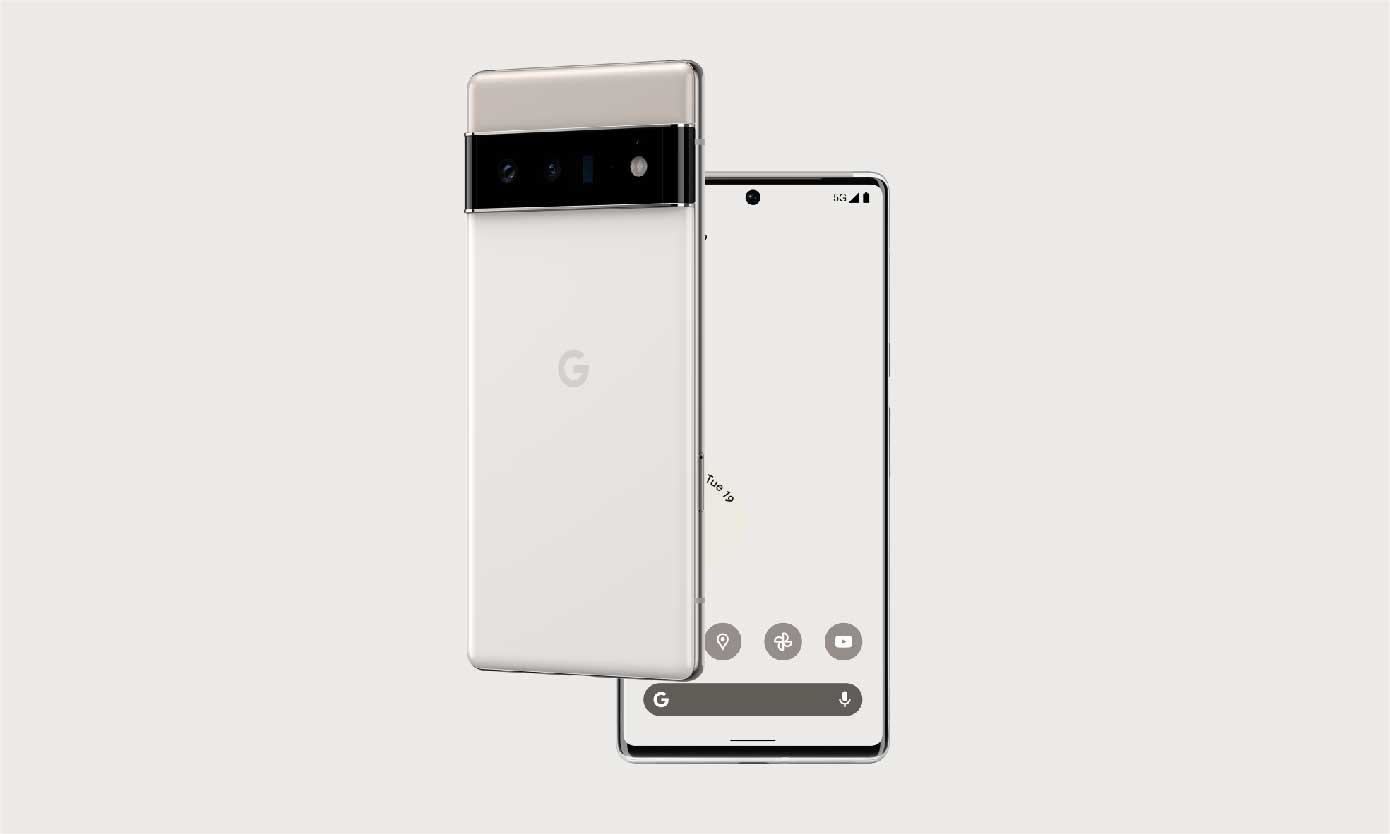 The Google Pixel 6 is a promising flagship that supplements its good looks with some arresting features.

The Pixel 6 release date was 16 Oct 2021. With a 6.40-inch touchscreen display made of Corning’s high-end Gorilla Glass Vitus, a 2.8GHz octa-core Google-designed Tensor processor which runs on 8GB of RAM and has an internal storage capacity of 128 GB. The Pixel 6 comes armed with looks and an equal number of features. It runs on Android 12 and has a 4614mAh battery that is supported by wireless charging and proprietary fast charging.

It has a dual camera setup featuring a 50-megapixel primary camera with an f/1.85 aperture and a 12-megapixel camera with an f/2.2 aperture. The rear camera has an autofocus feature while the front camera is primed for selfies. The Magic Eraser option helps you edit and remove the unwanted elements in your pictures, which elevates the Google Pixel 6 Camera from its predecessors.

The Pixel 6 is a dual-SIM phone. At the bottom, it has a microphone, USB port and a stereo speaker. The speakers are perfect for watching videos and playing games. On the left side, is the SIM card slot and a noise-canceling mic. The power and volume controls are to your right and the edges are made of, in Google’s words, tactile alloy. The bezels are thicker than that of the Pixel 5. The top part houses another speaker and the audio jack.

The fingerprint sensor is placed at the back and seems to take a second longer to unlock. Despite its good looks, it is yet to match up to its peers made by Samsung, Apple, or OnePlus and weighs 207 grams. It is available in Stormy Black, Sorta Seafoam, and Kinda Coral colors. The muted pastel tones draw you in without being too flashy. It also has an IP68 rating for dust and water resistance. When you unwrap the box, you get a USB-C cable, a USB-A-to-C adapter, and a how-to-start-your-phone guidebook.

The tech firm usually promises three years of software updates, but has upgraded it to at least five years for the Pixel 6. Also, a subscription program called a Pixel Pass, costing about $45 per month, is available for this model. In the design game, it is on par with its peers and shows how far Google has come from its first set of Pixel phones.

Pixel 6 Specs at a Glance:

The Google Pixel 6 is priced at $599 and gives good value for money. It gives off a blinding flash when you unlock the phone, but Google is working on fixing the issue. As it runs on Android 12, it gives the user a range of customizable options and is fun to use. Google mentions that the battery is long lasting and can cover one full day but with heavy usage it lasts a little longer than half a day, which is manageable. The camera is spot on as it captures textures and details beautifully. Combined with the Magic Eraser it makes for superior photos. They have definitely incorporated the feedback of customers and tried to improve upon the flaws of the previous models. In the end, its performance, build, and support make it a good bargain in comparison to other phones in this range.