Playtika Ltd., the top maker of social casino mobile games such as House of Fun Slots and World Series of Poker – Texas Holdem Poker claimed the other day that the Android Instant Apps feature for games boosted its user acquisition rate and engagement ratio on its gaming platform. The company is one of the pioneer developers to integrate this new technology into its gaming portfolio and experiment with it.

Android Instant Apps are hybrid models of how a website functions and how an app works. The users can simply choose to try an app or game without downloading it, using the “Try Now” button, sitting adjacent to the “Install” tab in the Google Play Store.

This feature allows users to experience the mini version of the native app first preceded by a quick downloading process. Subsequently, as soon as the installer attempts to leave the app, the app also disappears from the phone space as similar to a webpage opened in a browser. Yet Android Instant Apps are unlike any websites because they run on a singular platform, i.e. Android. 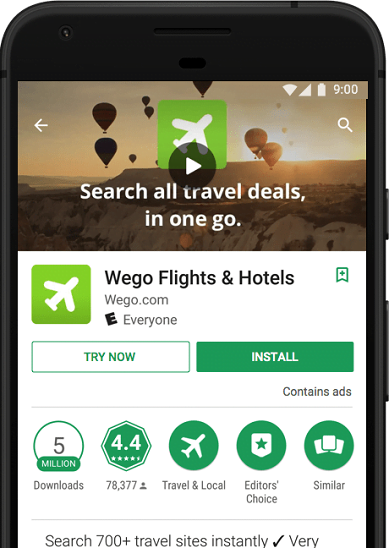 The search giant teased the concept of Instant Apps during 2016 annual developer conference, Google I/O for the first time. Google made this feature available to select developers then who were required to code a limited version of their original apps and redirect the users to these customized apps via a link given on the respective app webpage, without visiting an app store.

“Instant Apps are built on the technology called deep links, a broader effort to connect to and among apps in the same way as a link opens a webpage,” informed Ficus Kirkpatrick, then Engineering Director of Google.

The Instant Apps size was supposed to be restricted up to 4MB and be compatible with Jellybean devices in 2016. These mini apps comprised of immediate relevant functionality for the users to decide whether they would like to download the full apps after testing them.

Back then, Google saw Instant Apps being useful both to developers and customers, specifically at the time of enhancing mobile payments, commerce, and app discovery, cites ZDNet.

Aurash Mahbod, Software Engineer, Google Play wrote on Android Developer Blog, “By collecting user feedback and iterating on the product, we’ll be able to expand the experience to more apps and more users.”

During Google I/O conference in May 2017, the company allowed all developers to make the lightweight version of their Android apps.

Afterward, in October 2017, the Google developers rolled out Instant Apps in the Play Store through “Try It Now” tab on the app pages. The updated instant Apps list included NY Times Crossword, BuzzFeed, Hollar, Skyscanner, Red Bull, and others.

Google made another bet on Instant Apps and announced to encompass games in the same technology. It redesigned the Play Store and renamed Android Instant Apps to Google Play Instant. It opened the platform for select mobile game developers at Game Developer Conference (GDC) in March 2018.

Benjamin Frenkel, Product Manager, Google Play Instant posted, “Installing and opening a game takes time and results in many players never got to experience your game. We’re thrilled to announce that instant apps are now available for games.” “This means that with a tap, players can try a game without having to download it first,” he added.

Google also boosted APK size for Play Instant apps from initial 4MB to 10MB. In this perimeter, the game developers can provide a demo of the gameplay stretching from 30 seconds to few minutes on Lollipop-supporting mobile devices.

Post-trial run, Google has now opened the instant gameplay section for all the Android game developers. It demonstrated an instant version of a popular game, Candy Crush Saga at the 2018 Google I/O stage.

The search giant is envisioning that the use of Google Play Instant will widespread beyond discovery in its App Store. Moreover, it is working on building simpler plugins to design instant apps and games quickly. Google is also testing to integrate Play Instant with AdWords so that the interested ones can click on the instant app’s link directly from the ads.

This year, the company further announced that Instant Apps will soon support ARCore which will allow shoppers to do online shopping without having to download a complete app.