Acer has ramped up its Google Chromebook line-up, the only difference being that this time it is in a tablet format. Acer released a new Chromebook Tab 10, specifically crafted to woo education institutions worldwide.

The company demonstrated the Tab 10 during a recent global press conference of the Next @ Acer, held in New York on 23 May. Chromebook Tab 10 is also the world’s first tablet powered by Chrome OS.

While designing a tablet for students, Acer has given a durable design to the Chromebook Tab 10. It is packed by a blue-colored thick bezel for protection while rough usage by the target audience. However, when compared to 9.7 inch iPad, the design lags behind on style statement. 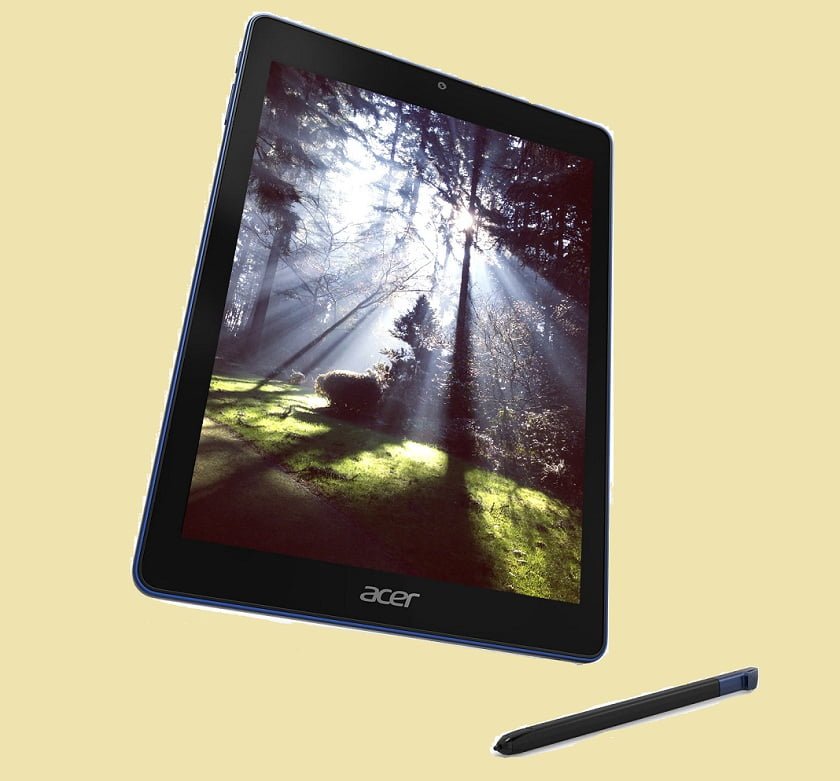 Wacom technology stylus compliments the Chromebook Tab 10. The stylus simply hides at the bottom of Tab 10 body, though it has quite sharp edges.

Built on Chrome OS, Chromebook Tab 10 is integrated with the 2GHz RockchipRK3399 processor. This CPU thrust enough power to a student’s tablet, wherein battery efficiency and fast wireless connectivity are more important features to focus upon. This Acer tablet doesn’t come any closer to 9.7-inch iPad performance as the later is embedded by M10 coprocessor and operates on A10 Fusion chip. 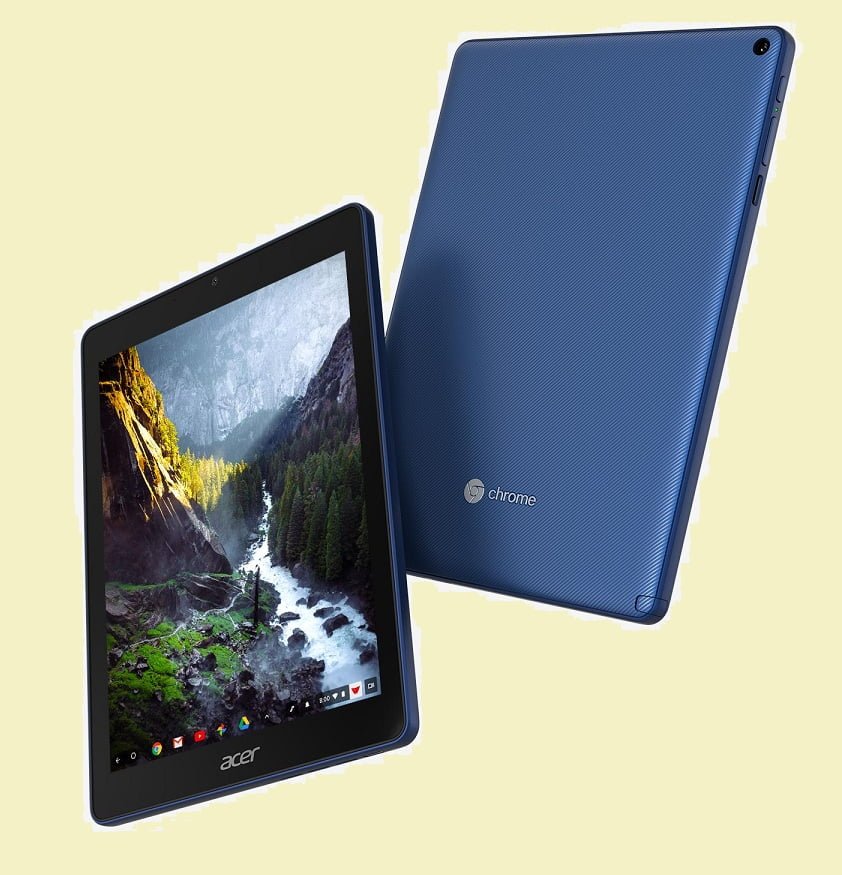 While Tab 10 features Chrome OS, it doesn’t let the educators give up the benefits of Microsoft Office, Kindle Cloud Reader, and others. Download everything from Google Play.

Locked in 9.7-inch IPS display, the recently released Acer tablet comes with a QXGA resolution of 2048 x 1536. These specifications stand parallel to 9.7-inch iPad along with similar touchscreen feature.

The Acer tablet for students has an inbuilt storage capacity of 4GB and 32GB of external MMC storage which set perfectly on the installed CPU.

For connectivity, Acer Chromebook Tab 10 includes a USB-C port which can work for charging and data transfer. It also possesses a microSD slot – of course, not available in 9.7 inch iPad – and a headphone jack.

Acer boasts an extended battery life of up to nine hours that covers the entire school hours of the students and teachers. 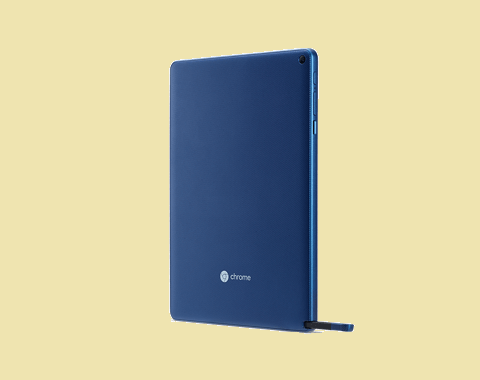 The Acer tablet for students falls into the similar category to Apple 9.7-inch iPad, with respect to specifications and price. The only features where Chromebook Tab 10 is primarily ahead in the classroom-friendly gadget competition are IT Management Console and Google Expeditions AR.

The Chrome-powered Tab 10 let school IT departments to set up thousands of Chromebooks, Chromebook Tabs and Chromeboxes with ease. The system uses a single web-based management console to handle and secure multiple student accounts simultaneously. This function does not feature even in ubiquitous Android-powered tablets.

The augmented reality feature stands unique and highly relevant on a tablet for students. Google Expeditions AR primarily supports teachers to create highly immersive sessions that include everything – from the core of a volcano to flying hotel in space.