AI Games on Steam: Story of a Disaster

Games on Steam generated by AI, like This Girl Does Not Exist, are finding it hard to get considerable takers.

The reports of the introduction of AI games on Steam caught the entire global gaming community by surprise, of late. However, after the initial wave of enthusiasm aided by a little dose of skepticism, Steam games powered by AI, are languishing at the bottom of the steaming hot gaming platform.

Though one might get shell-shocked by looking at the stats of the games on Steam generated by AI, there are reasons enough, which more than justify the seemingly ‘unusual’ phenomenon on Steam Deck. Let’s unravel the new chapter of AI games on Steam and figure out what’s in store for us.

All Eyes on Steam

After the stellar run in the first few weeks after its worldwide release, Valve’s new Steam Deck grabbed the eyeballs across the international gaming industry. The Steam-juggernaut is yet to be checked, as its still having its dream bull run so far as the gross sales are concerned.

Although, Nintendo Switch continues to enjoy the lion’s share in the global handheld-gaming device market, the new Steam Deck clearly appears to have become a hot property and might pose a stern challenge to the former in the coming days.

Hence, developers and publishers are now going all guns blazing to make the most of the enormous opportunities that the Steam platform has on offer.

There are many titles which are Nintendo Switch-exclusive and on the same lines, we are witnessing games being released exclusively on the Steam platform at present.

Such developments clearly indicate the possible paradigm shift in the global gaming market and suggest how much is at stake.

In such a scenario, we need to read the much-talked arrival of AI games on Steam and their failure in securing a modest forget flying start. 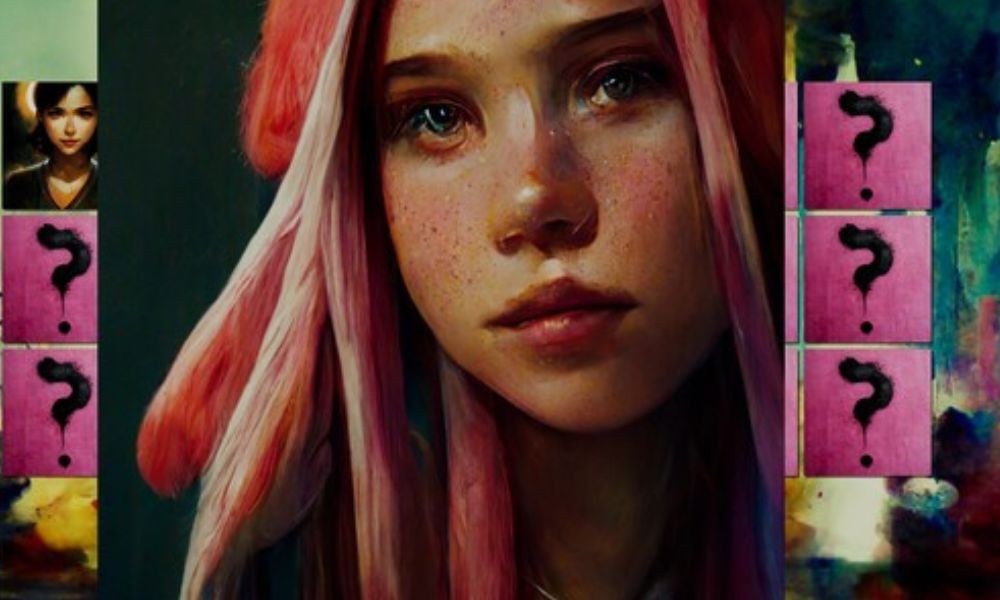 Despite so much of hype around, This Girl Does Not Exist has failed to fire. [Image Credit: Steam]

Does Not Seem to Exist

Quite recently, we have had the chance to witness a new Steam game called This Girl Does Not Exist on the Steam platform. Amidst the endless titles that are releasing every week on the most popular PC gaming platform, this game stands out.

What makes it stand on a different pedestal altogether, is the fact that it is one of the Steam games powered by AI. Therefore, it caused a stir after it entered the scene on September 8, 2022, when it released globally on the much-sought-after Steam platform.

Despite so much of hype around, This Girl Does Not Exist has failed to fire. Till date, the game which was supposed to lead the charge of AI games on Steam, has managed to fetch a sole review on Steam and that too a devastating one.

One of the developers of this game with simple puzzle-solving gameplay, revealed that they thought the “showcase of modern technology” would attract gamers who are always looking for something out-of-the-box.

The claims that everything, from the art to the story to the music has been developed by some sort of AI didn’t give the best games on Steam a run for their money, instead, drove the game down the drain.

In a nutshell, the way things stand as of now, This Girl Does Not Exist doesn’t even pull a mark off to create its own identity, courtesy of an extremely lackluster show.

Imagination Is the Key

AI appears to be the next big thing in the realm of technology and we are seeing a lot of efforts in that regard across industries.

But the terrible performance of This Girl Does Not Exist shows us that the room for AI games on Steam clearly doesn’t exist at the moment, at least the games which wishes to turn the tables by solely relying on the made-easy called AI.

It doesn’t work at all as This Girl Does Not Exist has just fallen flat on its face and its publisher and developer Cute Pen Games is paying the price for this publicity stunt.

This entire chain of events make us feel that gaming, even in 2022, remains a place where imaginative faculty plays the pivotal role.

You might incorporate new technologies and can seek the help of AI too, but a strong narrative (it could be a non-linear, fragmented one also) must be at the heart of the whole scheme of things.

For, people are already bored with so much of set patterns in their regular life and look to explore a new world or a known world in a new manner, when they delve deeper into a game.

It would be better for the AI games on Steam if they try to stick to the basics, a move which might earn some solace for This Girl Does Not Exist in the near future and could manage to restore parity for games on Steam generated by AI in general.

[mashshare]
[ssba]
tagged in AI Games on Steam, best games on steam, Games on Steam Generated by AI, Steam Games Powered by AI, This Girl Does Not Exist
Share:

Where can I play This Girl Does Not Exist game?

You can play This Girl Does Not Exist game exclusively on Steam Deck.

Is This Girl Does Not Exist a AI game?

Yes. This Girl Does Not Exist is a AI game and it’s exclusively available on Steam.