The automated process helped the study authors classify the galaxy morphologies with an accuracy of 97.5%.

A team of Japanese astronomers from the National Astronomical Observatory of Japan (NAOJ) has used artificial intelligence to identify and classify about 80,000 new spiral galaxies in the distant universe 2500 million light-years away.

The researchers applied deep-learning algorithms to images of the distant universe captured by the Subaru Telescope, detecting around 560,000 galaxies in total.

The Subaru Telescope helped the researchers to identify the galaxies as it is well-nigh impossible to do it with the naked eye. The application of AI to the images made the task more detailed and accurate.

The automated process helped the study authors to sort these as S- or Z-shaped spirals, or not spirals at all. In a test run using training data prepared by humans, they classified the galaxy morphologies with an accuracy of 97.5%. 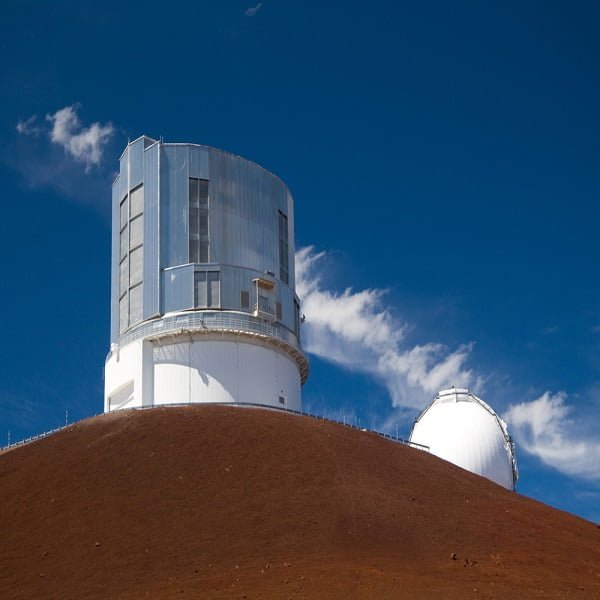 The Subaru Observatory atop the Mauna Kea volcano in Hawaii Big Island.

Applying automated processing techniques makes the task of extracting accurate features easier. The application of AI to the same makes it more accurate. These techniques are used in autonomous vehicles, security cameras, and various other applications.

The researchers said that the AI program uses convolutional neural networks, which do not work with raw images directly, They apply a series of mathematical operations multiple times, which reduces the amount of information of the images, allowing local features like outlines of distinctive objects to be detected.

NAOJ’s Ken-ichi Tadaki, says it could now be extended to classify galaxies into more detailed classes, by training the AI on the basis of a substantial number of galaxies classified by humans.

The research is not totally machine-based. A citizen-science project called Galaxy Cruise, which encourages people to examine Subaru images to search for features that suggest the galaxy is colliding or merging with another, was also involved

“The Subaru Strategic Program is serious big data containing an almost countless number of galaxies,” says NAOJ’s Masayuki Tanaka. “Scientifically, it is very interesting to tackle such big data with a collaboration of citizen astronomers and machines.”

“By employing deep-learning on top of the classifications made by citizen scientists in GALAXY CRUISE, chances are, we can find a great number of colliding and merging galaxies,” he added.

The vast dark matter that makes up our universe holds galaxies and galaxy clusters together, dark energy fuels the ever-increasing rate at which the universe expands. Neither dark matter nor dark energy can be directly observed, making it difficult to study most of the universe.

Astronomers study the light that is thrown from distant galaxies and which passes through this dark matter and gets bent in certain dark masses and distorts the background objects. It is this distortion that is mapped and measured to give an idea of the gravitational map of the area.

And using predictive human models and Artificial intelligence computation, a more detailed mapping can be obtained of the areas far off in the universe.

“[W]e found that the deep artificial neural network enables us to extract more information from the data than previous approaches. We believe that this usage of machine learning in cosmology will have many future applications,” says a scientist with the Institute of Particle Physics and Astrophysics.

The new technique created by the group of astronomers has big implications for the field. It is another example of how artificial intelligence can change life on our planet and help us expand our knowledge beyond.