The online retail website Alibaba has stated that it collected $1 billion in the first five minutes of the Alibaba Singles’ Day sale, which is an annual global sale. This Chinese e-commerce giant also claims that the selling in the first hour of the sale is three times more than that of last year.  The amount has been calculated taking into consideration the pre-orders of the sale as well.

The young people of China celebrate the Singles’ Day which is locally known as “Guanggun Jie”. The day is in order to celebrate the singlehood of the Chinese youth. It is celebrated on November 11 each year. This date has been specially selected due to the digit ‘1’ in 11.11 as it symbolizes singularity. But in the year 2009, Alibaba came up with the concept that this day can be used for people to treat themselves. With regard to this, it launched the Alibaba Singles’ Day sale.

The launch of the Alibaba smartphone app has been a major factor behind the significant increase in the sales of the Alibaba Singles’ Day 2016. As a result of this, around 85% of the purchases done in the first two hours were conducted through mobile phones. Except for this, the e-commerce company has also recorded sales worth $5 billion in the first hour itself.

Another major reason behind the increased sale is the connectivity to the rural crowd of the nation. Earlier these people could not indulge in online shopping. But now even they are active customers as they buy things through their mobile phones. Right in the first hour of the sale, there were approximately 175,000 purchases per second which broke all kinds of records. The sale was mainly aimed at the audiences of China and other such parts of Asia.

The estimated sale to be earned through the sale this year is around $20 billion worth of goods. This is a 40% increase in comparison to the sales total of last year. In 2015, Alibaba earned a total of $14.3 billion in the Singles’ Day sale. 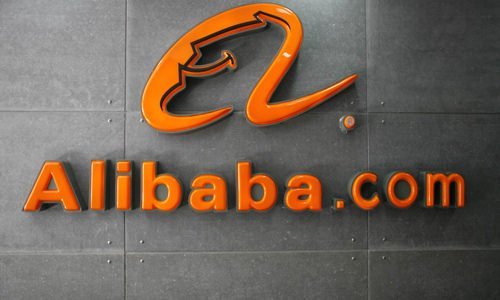 The Alibaba Singles’ Day sale conducted business worth $5 billion within its first hour itself.

Something about this annual sale

In the year of 2009, the e-commerce retail website decided to use the Singles’ Day celebration as an excuse to introduce the concept of its annual sale. Since then, the sale is just getting better and better with each passing year. Over the span of seven years, this annual sale has become one of the largest shopping days on an international level.

The Alibaba Singles’ Day sale is not just an ordinary online sale anymore. For its launch this year, various celebrities performed at its launch event. This includes famous names like Kobe Bryant, David and Victoria Beckham, band One Republic, and singer Coco Lee as well. All these celebrities were present with the owner of this company, Jack Maa. Alibaba currently sells almost 100,000 brands. Out of these, 11,000 of them are not Chinese in nature. Overseas brands usually account for 10% of the sales total.