The e-commerce did not make major changes in the new generation of Amazon tablet when compared to 2017 Fire HD 8. Similar to its predecessor, 2018 Fire HD tablet is also packed in a sturdy plastic body, which Amazon claims is twice durable than the iPad Mini 4.

The device is equipped with an 8-inch HD display, a 1.3GHz quad-core processor and 1.5GB RAM. The new Fire HD 8 is available with either 16GB or 32GB internal storage space. However, both the models also have a slot to insert microSD card of storage size up to 400GB.

“We’ve stuck with the winning recipe of a premium device at non-premium prices, with a focus on family and entertainment,” mentioned Antoine Dreyfus, Head of Amazon Fire TV and Fire Tablets, EU. 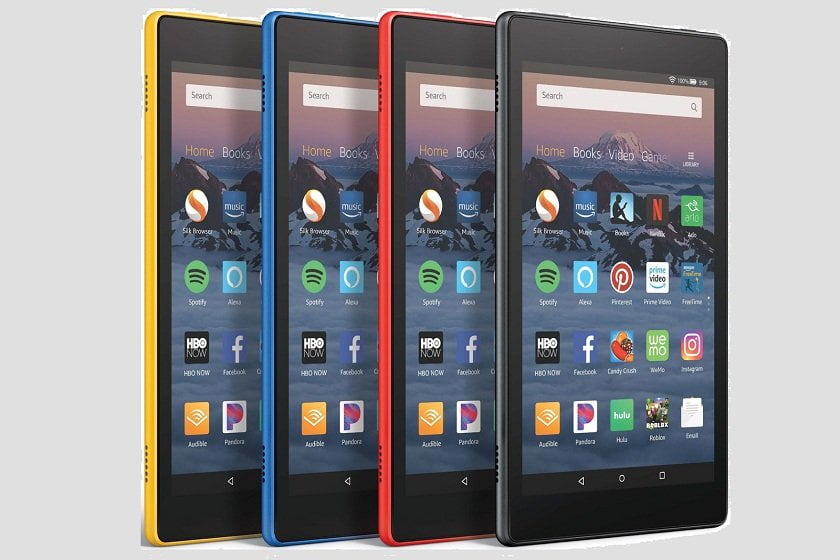 We have already seen Alexa integration in Fire HD 10 available for $149, but it was missing out in its 8-inch model. Amazon took care of this limitation and it has now fitted Alexa support in the updated version of Fire HD 8.

But that’s not the only new addition worth mentioning. The new Amazon 8-inch tablet has received an always-on Alexa, which means, even if the device is in sleep mode, it will respond to owner’s command. This feature turns 2018 Fire HD 8 into an unplanned Echo smart speaker with the display.

At the same time, the always-on Alexa capability has reduced the new device’s battery life from 12 hours to 10 hours. But one can always turn off this feature if need be.

The other new element installed in the Fire HD 8 is a 2MP front camera to make 720p video calls or capture selfies.

Along with the new tablet, Amazon has also launched a Show Mode Dock. It is a case for the 2018 Fire HD tablet which also acts as a charging station.

The new Amazon Fire HD 8 is available for pre-order now and the company is expecting to begin shipping from October 4. The price of the 16GB version is $80 but it arrives with lock screen ads. The ad-free variant of new 16 GB Fire HD tablet is available for $95. On the other hand, the 32GB model is priced at $110 with ads, whereas the ad-free version is available for $125. The Show Mode Dock will fetch you another $40.

In addition, Amazon has also launched a new Fire HD Kids Edition integrated with support for the Spanish language in FreeTime and FreeTime Unlimited. The device costs $195 when bought with a charging case.