At a media event on Thursday in Seattle, the e-commerce heavyweight took the wraps off its first branded plane, a Boeing 767 owned by Atlas Air that has been converted into a freighter. The aircraft is one of 40 jetliners that the company has agreed to lease through air cargo partners Atlas Air and Air Transport Services Group and will be rolling out over the next couple of years. 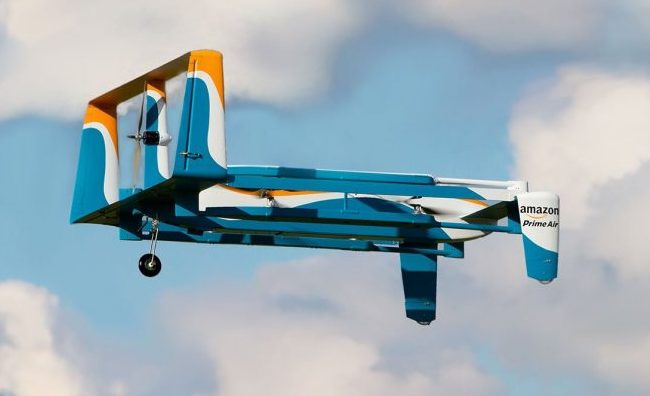 The move to push for speed delivery of its products comes as the e-commerce giant ships a growing number of packages worldwide. The company’s parcel volume was an estimated 1 billion packages last year.

The company’s main objective is to provide enough shipping capacity for peak periods, and flexibility for normal operations as it takes more control of its delivery process, according to senior vice president of operations Dave Clark.

The company currently has 11 dedicated airplanes flying for it, with Amazon One the first in the fleet to be branded, the company spokeswoman wrote in an email.

The e-commerce giant’s entry into air logistics indicates that it seeks more control and higher efficiency over the movement of its products at the hindquarters. It is not clear at this moment whether the air cargo service could down the line impact Amazon’s current ties with UPS and FedEx. However, the company spokeswoman stated that the online retailer uses a range of great carriers and will continue to do so.

The company has been testing new ways to speed up the delivery of packages to its customers, including using drones for home deliveries. The new network has been named Prime Air, also the same name was given to its drone service, which has been postponed awaiting pertinent regulations from the U.S. Federal Aviation Administration.

According to analysts, the move makes sense for the company to use air cargo service it controls as another way to get its goods to online shoppers drawn to fast, no-extra-cost delivery.

After having focused mainly on fulfillment centers and the supply chain, the online retailer is now concentrating on the transportation side of the operations, Dave Clark, Amazon’s senior vice president of worldwide operations said in a blog post. The company believes that the air cargo service will serve customers with additional capacity to support one and two-day delivery to supplement the increasing number of Prime members.

The e-commerce heavyweight has a network of more than 125 fulfillment centers and over 20 sortation centers, where workers and hi-tech robotics to speed up deliveries, and also include smaller sorting plants, which arrange packages by ZIP code for faster delivery.

The company has in the past launched a dedicated network of 4,000 trailers to expand trucking capacity, and an initiative called Amazon Flex, an app-based service that lets drivers that are not employed by the retailer to sign up to deliver parcels for the company through the app. It recently reported a second-quarter profit of $857 million on $30 billion in revenue.