The all-new Amazon Echo Auto 2 appears to be a cool companion for your car.

You must be looking for an early Amazon Echo Auto review. That’s quite normal, taking the recent mad rush around the upcoming gadget into consideration. Despite its release date being a couple of days away, there’s a lot of interest among the tech-savvy people, which is evident from their activity on different social media platforms.

Driving happens to be a hobby for some people. There are people who don’t love to drive but have to do that for many obvious reasons. Interestingly, both of them want to make their respective journeys as interesting as possible by breaking the monotony. Some play music, some talk to their near and dear ones. However, the latter is not recommended, rather pretty risky, as it comes with the added burden of deviation. Such malpractices can even lead to severe accidents, which might well turn out to be fatal. On the other hand, music acts as a stress buster apart from creating a soothing environment throughout your entire course of journey.

When it comes to listening to music while driving your car, there are a lot of options. One can opt for Apple CarPlay or the revamped Android Auto. But your car should be ‘smart’ enough to support them. Hence, for an array of car models, across the price-range, the upcoming Amazon Echo Auto seems to be a great fit. 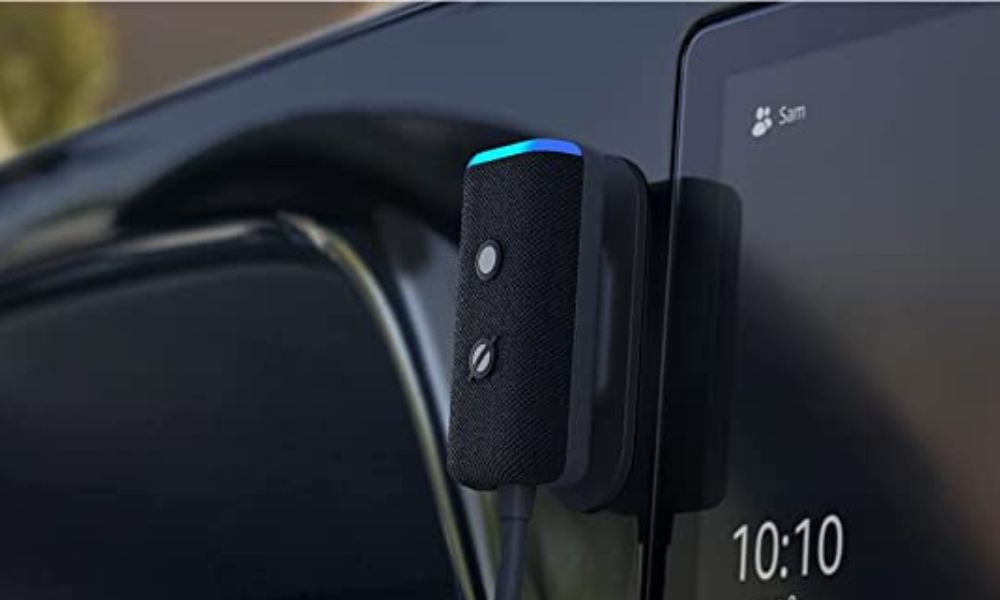 Though the number of microphones has been reduced to five from eight, the Amazon Echo Auto 2 delivers an enhanced performance in comparison with its predecessor. [Image Credit: Amazon]

Amazon Echo Auto Review: Much More than a Sound System

The Amazon Echo Auto 2 happens to be the second-generation of the amazing Echo Auto series from Amazon. If we have a close look at the Amazon Echo Auto features, we immediately realize that the device has taken a giant leap from where it left in the previous edition.

Firstly, the microphones have become way too good, compared to the first-generation Echo Auto. Setting it up is just a cakewalk. The same applies to putting it to sleep. Hence, it becomes a really good choice for the ones who are not so tech savvy. Even if your car doesn’t have an in-built Bluetooth, you can add one by accommodating the all-new Amazon Echo Auto 2. Therefore, by shelling out just $55 you can have a smart makeover of your driving buddy.

It’s quite small in size and lightweight. Hence, easily portable. Apart from the 12V power adapter, you can charge it directly from your car’s USB port. Most strikingly, thanks to an adhesive-backed magnetic mount, it gets attached to your car’s dashboard, without much ado. On the other hand, either through Bluetooth or via the 3.5mm jack on the Echo’s breakout box, you can seamlessly connect the Amazon Echo Auto Second Generation to your car stereo.

Moreover, there’s Alexa, so you can open up Apple Maps or order anything from Amazon Fresh or change your playlist – all in a hands-free manner. Though the number of microphones has been reduced to five from eight, the Amazon Echo Auto 2 delivers an enhanced performance in comparison with its predecessor. 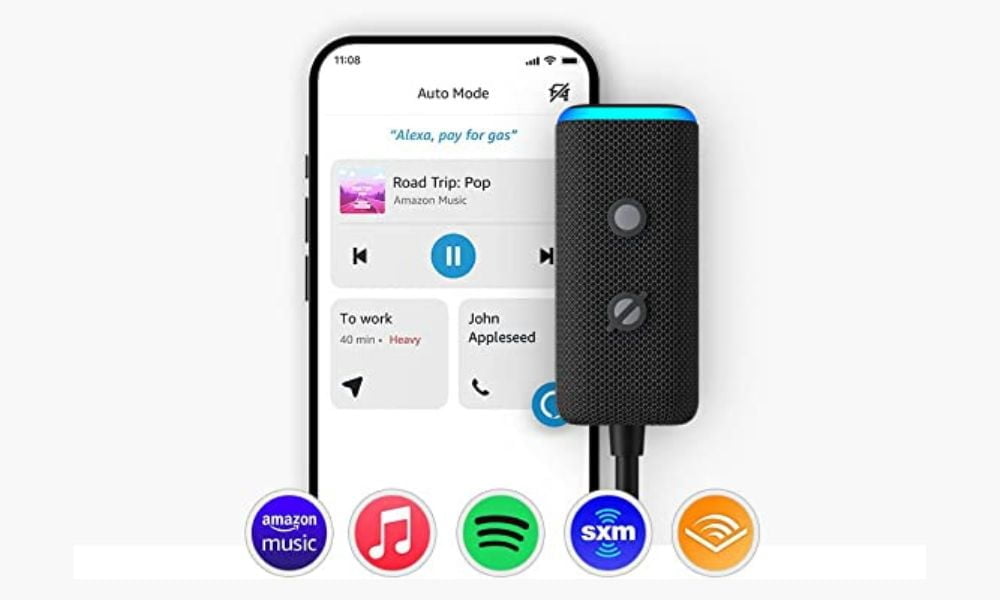 Even if your car doesn’t have an in-built Bluetooth, you can add one by accommodating the all-new Amazon Echo Auto 2. [Image Credit: Amazon]

If you are someone belonging to the old school, then also, you are going to love the Amazon Echo Auto 2. When we consider the overall performance, it comes out with flying colors. But the $55 price-tag might initiate a bit of skepticism as it works more efficiently when it’s being coupled with other Amazon stuff to unlock an Amazon ecosystem.

Even outside the all-Amazon environment, it works fine. However, there are several reported issues with Alexa. Meanwhile, Apple’s Siri is having problems too, of late. Still, you can tick many important boxes with the device’s Alexa support. Especially, if your car happens to be from several springs back, the refreshingly-new Amazon Echo Auto 2 would be a great fit.

In a nutshell, it’s a smart, cool gear which comes with its own set of hits and misses. Hence, check your priority and act accordingly. For, this is not that sort of a device, which you would be buying too often.

What's the price of the Amazon Echo Auto 2?

Does the Amazon Echo Auto 2 have Alexa support?