The new Amazon Kindle Oasis is a luxury device for all book worms. The device is hands down the most beautiful kindle reader ever. This beauty has been expanded to a 7inch display which is considered to be bigger than the previous one, which was just 6 inches. It does not seem to be making a very big difference but it is surely appealing to those who prefer bigger texts to read comfortably. The newer model is much sleeker and refined. It makes use of single piece of aluminium covering the rear and wrapping it around the edges. 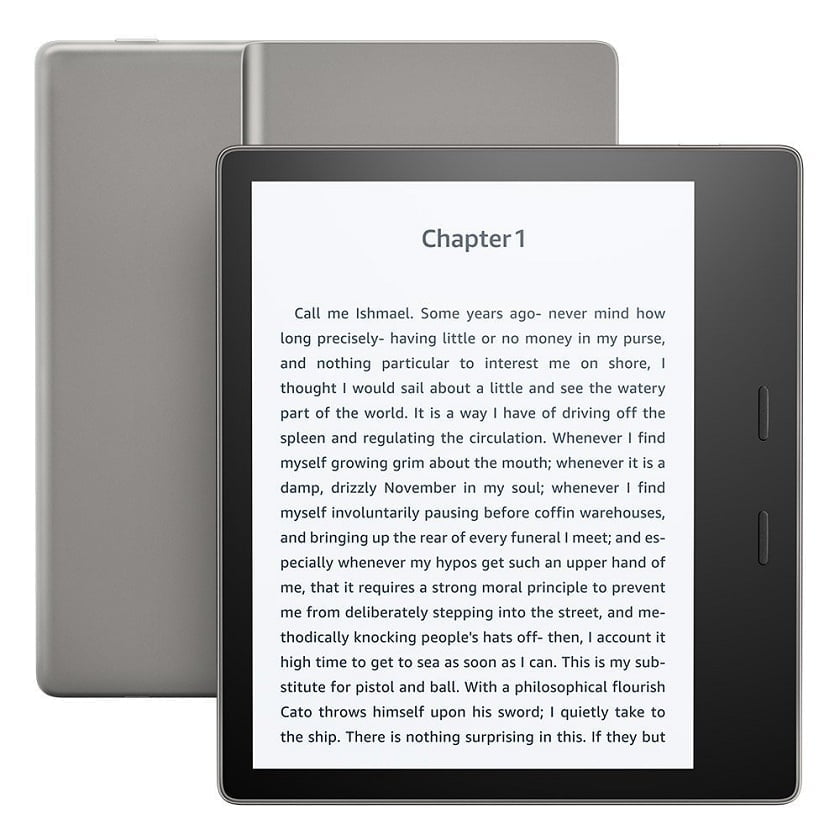 The adaptive illumination’s feature is not seen in this model, unlike Kindle Voyage. The bezel consists of two hidden sensors that automatically change the brightness depending on where it is used. So when you are in a place where there is lot of light, it automatically turns brighter. When you move to a darker location, it turns dim in order that it does not hit you in the eyes. Making their device glare-free, Amazon has hit it in the right spot.

But the most eye-catching feature that steals the show is that it is waterproof. A lot of tests have taken place by placing the Amazon Kindle Oasis under sinks and bathing tubs. Apart from the font-size being changed because of the effects of water on the screen, there is no other effect. There are also two physical buttons that flip pages and a flush-fit, glass touchscreen. The shape is no different from its predecessor and looks almost the same, except the size which makes it a go-getter. 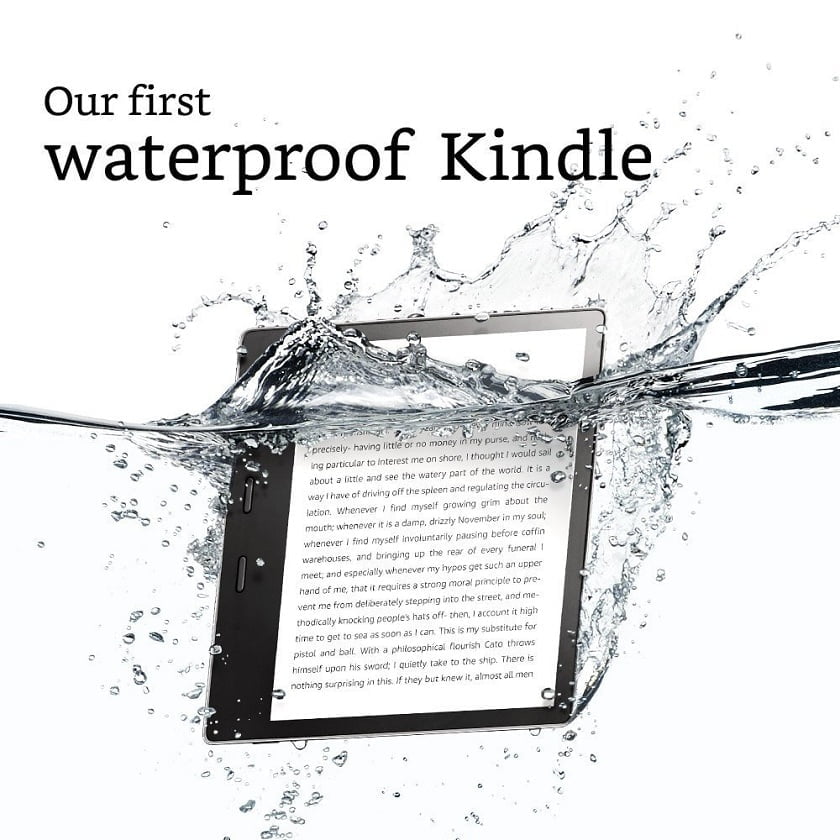 Compared to the older Kindle version that had battery life of 2 weeks, Kindle Oasis has a battery life of 6 weeks. And if used without Wi-Fi then Amazon says that it could go on for 9 weeks. But with longer battery life, the weight increases to 194g.The pixel density of the screen is 300ppi. The display text looks amazingly sharp. There is also Bluetooth for streaming Audible audiobooks. With the battery life being much improved, Amazon does not give any magnetically snap on battery cover, which was given with the previous year’s Kindle Oasis.

It’s all about the money!

The starting price of the Oasis is £229 pounds which provides 8GB memory and not expandable at all. The 32GB version Oasis costs £259 pounds and the 32GB model costs £319 but it also includes a cellular connection. The costliest version of Oasis allows you to download books where there is not only Wi-Fi connection but also where there is phone signal available.

There is nothing about it that that one cannot like. The big screen, addition of audiobooks/e-books and the main feature of it being waterproof makes this the buy of this year. And this is not even the best part. The best thing is that Amazon has generously reduced its prices.

There is something to it that needs to be brought to light. Amazon does not provide any cover for the Kindle unlike the previous year’s Oasis. Battery makes the Kindle a little heavier to hold. The memory cannot be expanded at all and you need to buy according to the amount of material you hold. And lastly, the prices are a bit on the higher side. But then, if you get something waterproofed, nothing like it.

With no competition whatsoever, the Amazon Kindle Oasis is a perfect buy. So you no longer have to fear wetting your book while taking a nice relaxing bath. Nor do you need to fear anyone dropping juice or alcohol on your prized possession. If you are truly a book lover and like spending most of day’s time with a book then the Amazon Kindle Oasis is the greatest investment of the times. When travelling, you can even switch to audiobooks and enjoy your ride.