Amazon said that it believes all homes will have a home robot in five to 10 years.

Amazon announced the launch of its household robot, Astro, powered by its Alexa smart home technology on Tuesday. The company said it is designed to help customers with a range of tasks like home monitoring, security, and keeping in touch with family. It brings together new advancements in artificial intelligence, computer vision, sensor technology, and voice and edge computing.

Astro presents a new way to experience technology that is fun, entertaining, and engaging, the company blog elaborates. Astro is a robot with a distinct personality and comes with digital eyes on its rotating screen, body movements, and expressive tones to communicate. 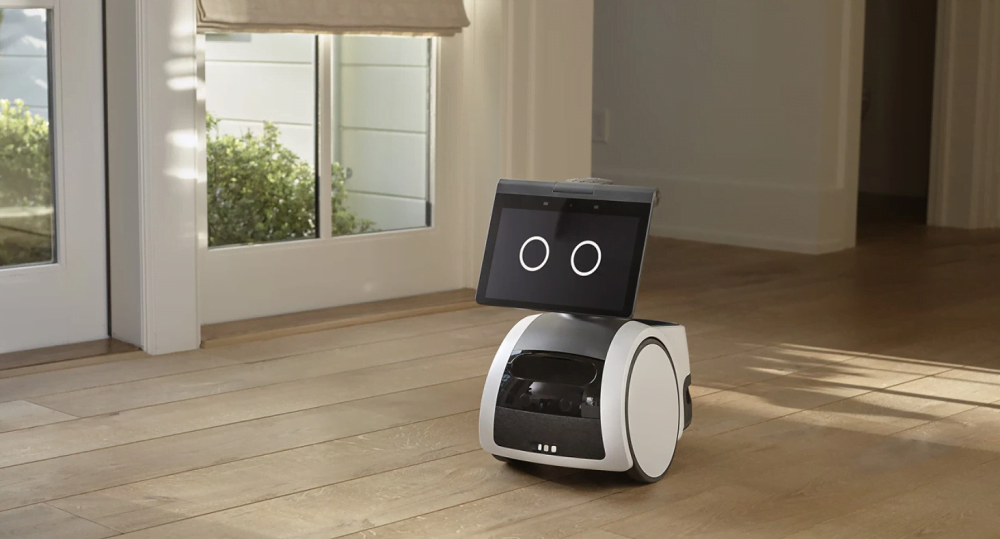 Intelligent Motion technology gives Astro mobility, and it uses advances in simultaneous localization and mapping (SLAM) to help navigate around dynamic home environments that constantly change. It can detect objects in its paths and take avoidance action. Astro also supports a new computer vision feature called visual ID, allowing Astro to recognize household members, and it means you can ask it to call xyz from the other room.

Amazon was also keen to pre-empt privacy concerns. The robot can be set with “out of bounds” zones, so it cannot go into certain areas, or could be set to “do not disturb”. It has an easy-to-see LED light on top of its periscope to let you know when it is streaming video or audio to the cloud. It also features buttons to turn off cameras and microphones – though it loses its ability to move around when they are switched off.

Astro also works with Ring. You can set it to autonomously patrol your home when you’re out, proactively investigate when an event is detected, and automatically save video clips to your Ring cloud storage, which you can review from anywhere in the Ring or Astro apps.

Amazon says that the robot could prove to great help to the elderly.

“Astro is a bold move by Amazon, but a logical step given its expertise in robots and desire to become more integrated into consumers’ daily lives,” said Ben Wood, chief analyst at CCS Insight.

“Offering products resembling something from a science fiction novel positions Amazon as an innovative company in the eyes of consumers and investors,” he said.

Amazon said that it believes all homes will have a home robot in five to 10 years.

There have been other robots in the market before Astro, but most ended up being expensive showcases or toys for the rich.  Amazon is keen that Astro be seen as more than an Alexa on wheels.

But building robots is hard and expensive. For robotics to take off, either the price has to come down, or manufacturers have to come up with something really revolutionary that can give more features than what are already available as handy integrable apps.