Amazon’s Alexa Will Recommend Voice Apps Based on User Requirements

The interesting point here is that Amazon’s Alexa will suggest voice apps even if the user is unable to remember the precise app title. Basically, the new feature will enable Alexa to respond on the basis of user requirements, rather than specific keywords.

The users just need to speak what they are feeling like or which tasks they want to accomplish to Alexa. In return, it will recommend few relevant skills from its present pool of over 30,000 voice apps residing in Alexa Skill Store.

Let us understand this concept with an example. The user asks, “Alexa, where is the best surfing today near Santa Barbara?” Here the voice assistant will utilize CanFulfillIntentRequest feature and will further inquire user about various surfing skills. Following this, Alexa will then employ a machine-learning model to display the best skill(s) for the requested task. Notably, the user does not have to invoke it with one of its keywords or phrases.

Amazon’s Alexa will suggest voice apps even if the user is unable to remember the precise app title. Source: Amazon

It’s a radical development in the direction of strengthening Alexa skill discovery program. It is a known fact that the Amazon’s skill publishers face a major challenge at the stage of discovery by users. In a library comprising over 30,000 skills, it is difficult for each skill to show up or get considered by users in the Alexa Skill Store.

Amazon’s Shiraz Datta mentioned in a blog post, “Using CanFulfillIntentRequest, your skill provides information about its ability to fulfill a given customer request at runtime. Alexa combines this information with a machine-learning model to choose the right skill to use when a customer makes a request without an invocation name. As a result, customers find the right skill faster, using the search terms they say most naturally.”

For this, the giant online retailer has requested developers to experiment with CanFulfillIntentRequest interface extensively, the Voicebot reports. Now onwards, the skill-makers could directly influence user discovery cart on the Alexa platform by embedding keywords or phrases into their app description.

Datta further explains the implication of CanFulfillIntentRequest interface to help developer community taking the same question,“Alexa, where is the best surfing today near Santa Barbara?”

Datta reiterates, “Alexa will only send CanFulfillIntentRequest to skills that are likely to be able to handle the associated intent.” 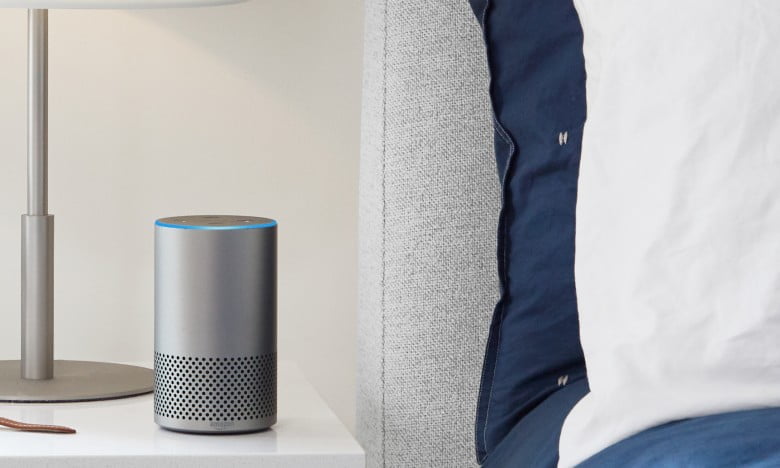 Alexa will recommend relevant skills from its present pool of over 30,000 voice apps residing in Alexa Skill Store. Source: Amazon

The addition of new feature will also help to generate more revenues for businesses and skill publishers. Earlier, they haven’t had many ways of getting paid for a voice app, beyond subscriptions, making skills for businesses, or Amazon’s payment program for highly engaging skills, reports Venture Beat.

Amazon informed Venture Beat that while recommending skills to users, Alexa will consider factors like engagement level, rating, and confidence in the match.

The e-commerce giant has introduced an excellent feature to Alexa Skill Store which will be widely used when there is no screen involved or the user does not take efforts to remember the specific keywords. Yet the feature is in beta phase now, hope it lands on our gadgets soon.

Amazon’s Echo Show 15 Will Keep You on Your Toes