Amazon’s Drone Delivery System is getting a Parachute

In just a few years down the line, you will find a parachute hovering over your household with your package of online delivery. According to a recent patent, the Amazon shipping label will come with an inbuilt parachute for the soft landing of packages when dropped by a drone or other similar airborne craft, as reported by GeekWire. With the patent issued from the USPTO- U.S. Patent and Trademark Office, Amazon parachute deliveries will become a thing for real very soon. 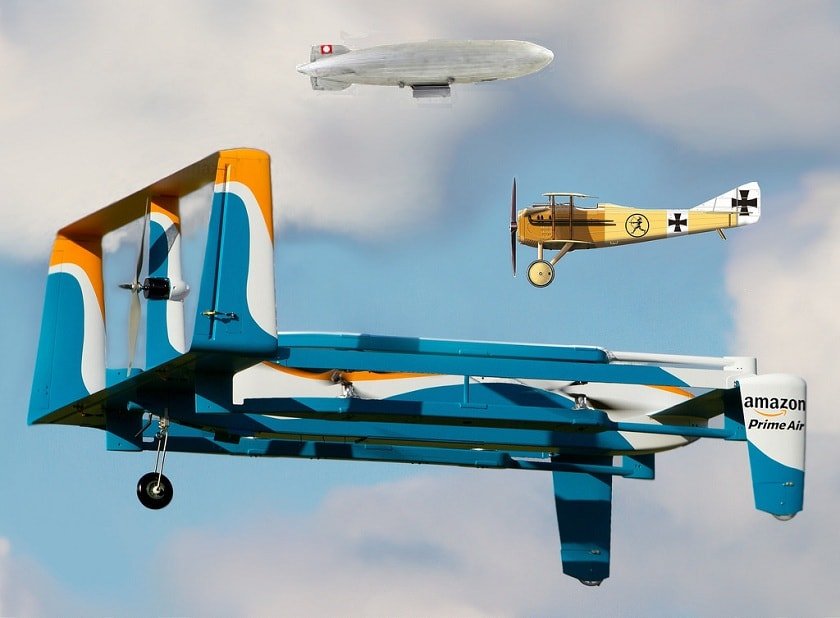 According to this new patent, the parachute label can be same like other shipping labels, but beneath that is a whole system of a parachute, cords, a break-away cover, and maybe a harness that can keep everything in place. GeekWire reports that the package may also be loaded with sensors for ensuring that it hits the correct landing zone; and also a shock absorber if the cargo comes in a little hot. Well obviously, you wouldn’t like to gift your package to the neighboring household. You would rather want the package to be dropped in your yard itself, won’t you?

As per the images in the patent, it seems that the parachute label can be applied to all packages. Well, this can be done once the drone delivery becomes a common method for Amazon. But later, it can also be removed if the ground-based or truck method is more sensible than drone delivery. Amazon parachute deliveries may be decked up with things like QR codes, bar codes, coupons, delivery address, etc. Additionally, the parachutes could also be of varied shapes and sizes. Also, the e-commerce giant may add multiple parachute labels for keeping the heavier and larger items from inclining towards the ground.

GeekWire says that Amazon is working on ways for delivering via air for years, and the drone delivery is a big part of it. The Senior Technical Program Manager for Prime Air, Jon Hanlon is listed as an inventor on the patent.

Notably, Amazon had applied for this patent in August 2015. Now, the e-commerce giant is getting really close to making the drone and Amazon parachute deliveries a reality. The company did the first semi-public U.S. delivery in March during the MARS 2017 conference of Amazon at California. While, the first Prime Air drone delivery was in December, in England.

So we can say that even if the Amazon parachute deliveries system is not put into use for a long time, this patent may be helpful for the Prime Air Drone Delivery project of Amazon. Gradually, the company is gathering patents for the drone technology and its infrastructure, The Verge reports. It also reports that eventually, the Prime Air network will deliver the packages within 30 minutes.

At this moment, all we can say is that if everything goes well for the e-commerce company; customers could see packages raining in their yards, one day in the future.