Advanced Micro Devices, Inc. (AMD) has just launched its Zen 4 AMD Ryzen 7000 Series CPUs. These processors are meant for desktops and seem to be a massive upgrade over its previous generation. With AMD claiming that even the slowest of them is capable of edging past Intel’s best 12th-gen “Alder Lake” chip, let’s delve deeper into the whole-new world of AMD’s next-gen CPUs.

The Beginning of a New Era

California-based AMD has been locking horns with its fiercest market rival Intel over several decades. But the launch of its latest desktop processors look strong enough to hand itself a fair advantage over its archrival.

Interestingly, Ryzen 5950X stormed the semiconductor market in the end of 2020, right after the pandemic times. The overall response to the high-performing CPU turned out to be quite positive. Despite the enviable success of Ryzen 5950X, when we look at the brand-new AMD Ryzen 7000 Series, they appear to stand on a different pedestal altogether. 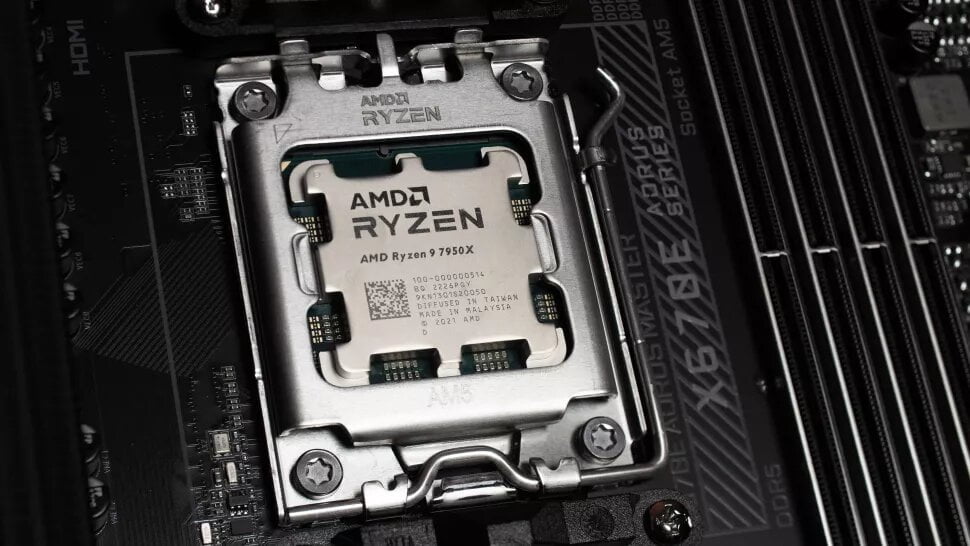 AMD’s most-advanced CPU series ever, is associated with many firsts. Here’s the all-important elusive list –

The way the all-new AMD Ryzen 7000 series processors have performed during the initial test at AMD’s lab, has absolutely shook everyone at the Santa Clara-headquartered semiconductor company. Ryzen 9 7950X has clocked a jaw-dropping 5.7GHz, which is 800MHz more than what was scored by Ryzen 9 5950X.

The new Ryzen series recorded 13 percent higher than the Zen 3 chips in terms of instructions per clock (IPC) score. That results in an unthinkable 29 percent upgraded performance than the Ryzen 5000 and an extremely significant 5 percent higher performance over Intel’s 12th-gen “Alder Lake” chips when it comes to gaming.

The CEO of AMD Dr. Lisa Su, was simply elated with the out-of-the-world results – “These are just huge performance increases, and I’m extremely proud of what the team was able to do to deliver it.”

Reported to be a low power-consuming series of OP processors, the fascinating AMD Ryzen 7000 is slated for a September 27-release. Experts have suggested that this is going to be one of the best gaming CPUs to come out in the recent times. Even AMD has made huge claims on the new Ryzen series winning a lot of accolades from gamers as Su stated, “The 7950X is simply going to be the best CPU for gamers…”