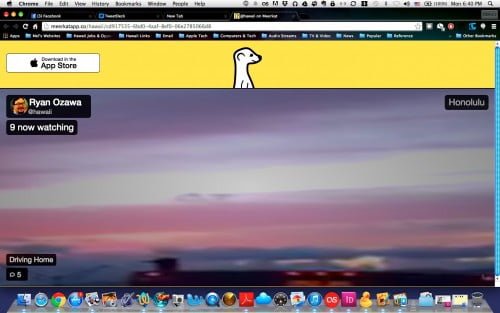 Live streaming applications, since a year, have brilliantly started taking over the reins of social media and the world of technology by storm. It all started after the launch of Meerkat in March 2015, followed by Periscope on March 26, 2015, and Facebook Live in August 2015.

Tech giant Apple named Twitter’s Periscope as 2015’s best iOS app. The number of Periscope users is dramatically increasing along with soaring popularity. Periscope is an adoption as well as a great fanfare.

Few days ago, Facebook rolled out ‘Facebook Live’ for Android users in the United States and Canada and iOS version in 30 countries. Facebook’s streaming feature, so far, has been limited up to high league celebrities. Ever since its launch, the feature is known as Periscope’s fiercest competitor, as it has created a massive buzz among influencers on social media.

The question, which everyone has been asking is, which service would win the battle by coming out as a better one, Periscope, Facebook Live, or Meerkat? Well, it is difficult to answer as every application arrives with its own advantages and disadvantages, but here are all the variations among these live streaming applications, which might help you to decide the correct one for you.

Pros: It is a great app to share things happening around you in real time. It uses both front and rear camera of your smartphone. Privacy control is enabled in this feature, which offers you control to make your broadcast limited up to people who use choose to share with. The transmission via Periscope can be seen both on Twitter as well as web browser.

Cons: It is all about live video streaming. You are not allowed to schedule your live streams and you can certainly not record your videos to be streamed at another date or time. You need to download a separate app for Periscope.

Availability: Available for both iOS and Android.

Pros: Easy login feature via Twitter and Facebook account. You can easily schedule your tweets and notify your followers in advance. It fosters a good interaction between viewer and streamer. You can save your video on the phone.

Cons: Every stream will become a tweet. Every action you take will be notified on Twitter at your follower’s wall, which can be highly annoying.

Availability: Available for both iOS and Android

Pros: No need to download a separate application as the feature is in Facebook’s domain. Your videos are automatically saved on your timeline. It is a high privacy-enabled feature. You can choose your audience.

Cons: Not available so far.

Availability: Facebook Live is available to iOS and Android users in the United States. The iOS version is available in 30 countries.

So, which one are you planning to go for?