With Facebook under fire for exposing 87 million user profiles in the wake of the Cambridge Analytica scandal, the social network is being pressed to consider a different business model; one where users will have to foot the bill to opt out of the targeted ad model. An ad-free Facebook.

Mark Zuckerberg confirmed the strategy to possibly make an ad-free Facebook where users will pay for their privacy at last week’s Capitol Hill appearance.

Senator Bill Nelson asked how Facebook users who do not wish to see targeted ads could stop the ads from flooding their feed.

“In order to not run ads at all, we would need some kind of business model,” Zuckerberg said.

“I am going to have to pay you in order not to send me, using my personal information, something that I don’t want?” Nelson said.

Sure, we are outraged about the way Facebook lets advertisers use our data. But if we truly start to opt out of advertising-supported services like Google and Facebook, these companies will need to find new models.

You cannot get everything for nothing. 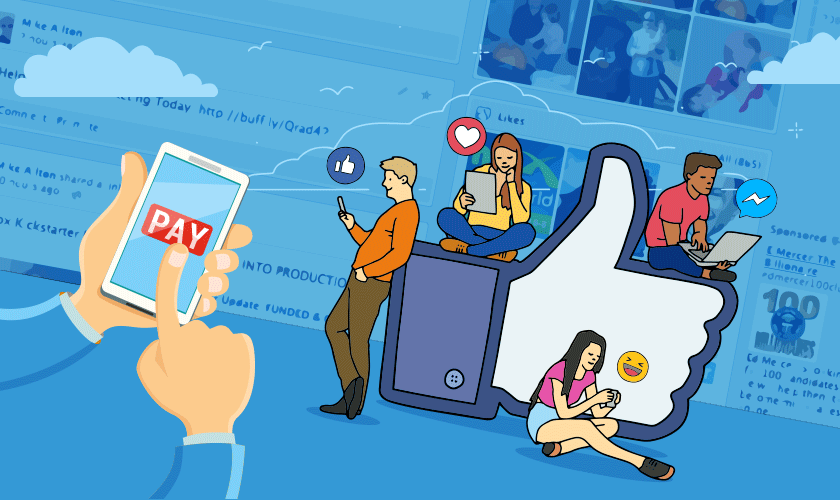 Immateriality of digital goods – apps, music and movie files, ebooks and digital photographs – is what impairs out ability to develop a sense of ownership for them.

How Much Would You Pay For An Ad-Free Facebook?

This morning I asked my coworker, an active Instagram user, if he’d pay $10 a month for ad-free service. He said no. I found this amusing. He happily shells $6 a pack on cigarettes every day – and yet he outright rejects the idea of paying for a digital service he has been using for years.

Every day, we interact with two kinds of goods. The first is acquired instantly, impossible to lose, and insusceptible to damage. The second requires travel to acquire, it is impossible to alter, easily lost and can indubitably damaged. Despite the many advantages of the first kind – digital goods – people value and are willing to pay more for the latter – physical goods.

Research suggests digital goods have an apathetic effect in consumer purchasing behavior. A study published in the Journal of Consumer Research in October 2017 noted that more consumers are willing to pay for physical goods than digital ones.

We’ll drop $5 on a vanilla latte from Starbucks without blinking but won’t spend $3.99 on Monument Valley which will stay inside the phone forever. Immateriality of digital goods – apps, music and movie files, ebooks and digital photographs – is what impairs our ability to develop a sense of ownership for them. When we feel a thing we own, it psychologically inflates its value. As a result, digital goods like a subscription to apps like Facebook, Messenger and Snapchat don’t enjoy the premium we lend out to things we can touch and feel.

Advertising-supported digital services will have to get past this challenge, especially since we’re about to see more regulations. Europe’s new General Data Protection Regulation (GDPR), which goes into effect next month, gives consumers more power over their personal data.

Facebook has been scrambling to become GDPR compliant before the regulation takes into effect on May 25, 2018. Currently, Facebook earns more than $1 billion per quarter in advertising revenue. If Facebook charged each of the 1.2 billion monthly active users $2.99 a year (about 1 day’s worth of Starbucks Latte) – for an ad-free Facebook, the company could pull in $3.58 billion annually.

The question is: how can Mark Zuckerberg create value for an ad-free Facebook in order to survive without advertising? This question isn’t just for the CEO of the world’s flagship social network to answer, it’s for each one of us to answer – the developers, the entrepreneurs, and the 87 million users who want to protect their data.

If you wanted an ad-free Facebook, how much would you pay for it? Let us know in comments.