The MacBook Air M2 release date makes tech geeks move to the edge of their seats!

Apple, Inc. always has some ace or the other up its sleeve. From iPods, which redefined listening to music, to iPhones which revolutionized life in general. This time too, it’s no exception as the tech giant has come up with the latest MacBook Air M2. The completely redesigned MacBook Air that will be up for grabs from July 8 itself, is believed to help Apple outsmart its rivals to a great extent. Let’s delve deeper into the fascinating world of AIR to see if it’s going to turn into a rainmaker for the Cupertino giant.

The arrival of this lightweight powerhouse was announced at the Apple WWDC 2022. It has a wide range of new functionalities that facilitate its standing on a different pedestal altogether. 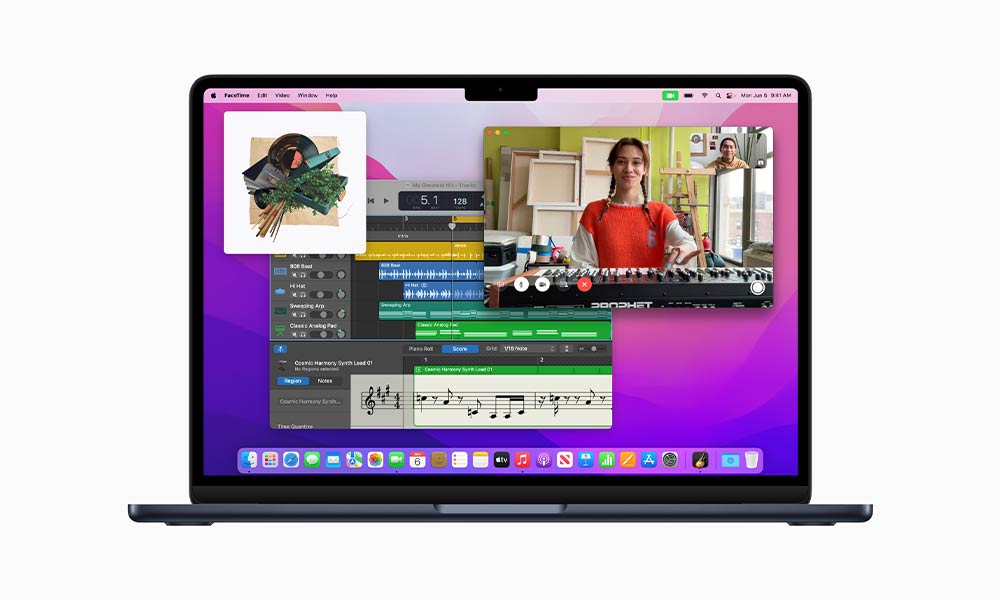 M2 – The Key Factor: The brand new MacBook Air from the house of Apple is equipped with the most exciting chip it has produced till date – M2. This sole factor makes it stand class apart in comparison with its earlier self, which had a M1 chip at its disposal. The even more powerful 8-core CPU and up to 10-core GPU ensure superfast performance. It has 100GB/s of unified memory bandwidth and support for up to 24GB of fast unified memory, which enables it to handle far larger and more complex workloads (editing complex timelines in Final Cut Pro is nearly 40 percent faster than the previous generation and up to 15x faster for customers who haven’t upgraded to Apple silicon). M2 adds a next-generation media engine with a powerful ProRes video engine for hardware-accelerated encode and decode, allowing the flagship device to playback more streams of 4K and 8K video than before. Applying filters and effects in apps like Adobe Photoshop is now 20% faster than before and up to 5x faster for customers outside the Appleverse.

macOS Monterey: Thanks to macOS Monterey, you can now work across Mac and iPad using Continuity tools like Universal Control. It has caused massive updates to FaceTime, SharePlay, Live Text, Visual Look Up and Safari, which in turn has catapulted the overall performance. 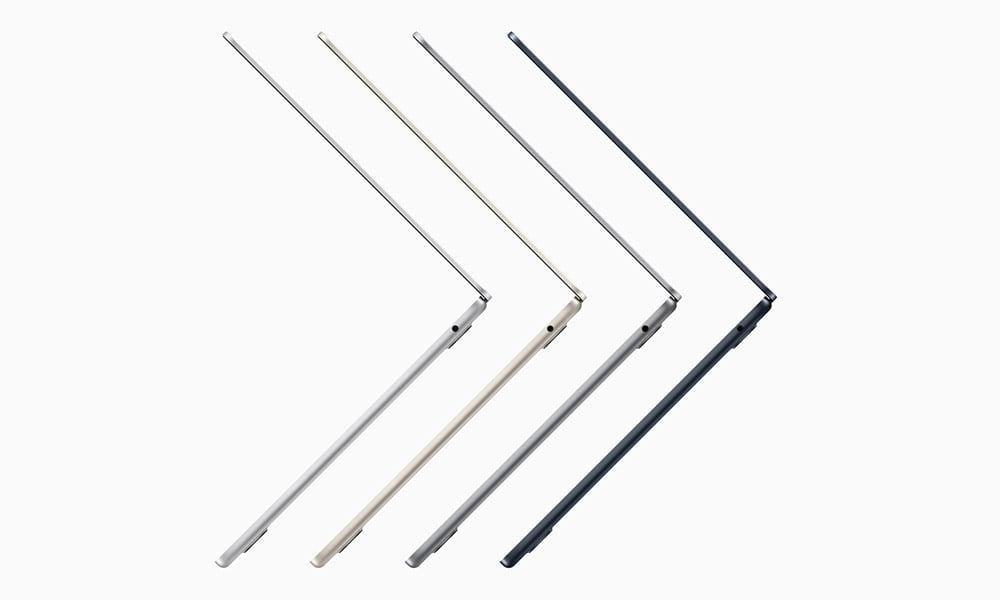 Advanced Camera and Audio: The presence of the new 1080p FaceTime HD camera with twice the resolution and low-light performance of the previous generation, combined with the processing power of the advanced image signal processor on M2, will generate an amazing visual experience for the users on video calls. A four-speaker sound system, aided by a three-mic, immersive Spatial Audio and Dolby Atmos, offers an intriguing audio-visual experience.

Elegant Display: The 13.6-inch Liquid Retina display with much thinner borders provides users with more screen real estate to witness the intricate details in their content. 500 nits of brightness and 1 billion colours indeed appear as the cherry on top.

Masterfully Crafted: The fact that the all-aluminum unibody enclosure, designed to provide durability and firmness, measures just 11.3 millimeters thin and weighs only 2.7 pounds while still delivering an astonishing 20 percent reduction in volume over the previous generation has baffled the entire tech world. 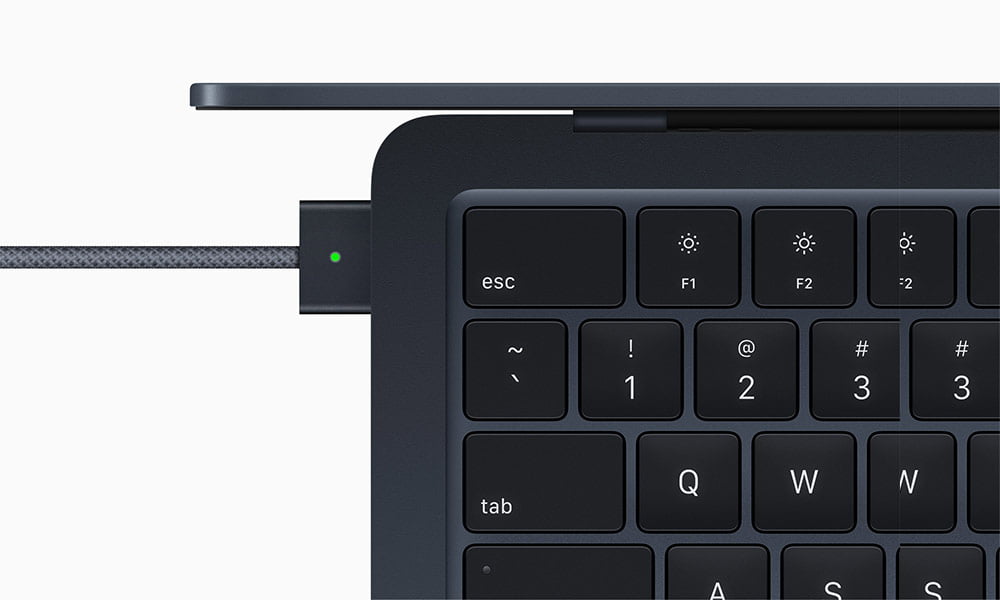 Charge As You Like: With the new MacBook Air, you have the problem of plenty so far as charging is concerned – a) a new 35W compact power adapter with two USB-C ports that allows users to charge two devices at the same time. b) For the first time in Apple’s illustrious history, you will be able to charge your iPhone up to 50 percent in 30 minutes using an optional 67W USB-C power adapter.

Battery Life: Though it has gone through a serious upgrade in terms of display and performance, it still gives you the same great all-day battery life as before, with up to 18 hours of video playback.

The new MacBook Air M2 is also environmentally friendly, as it contains 100% recycled aluminum, certified recycled steel (the first Apple product to do so), and 100% recycled rare earth elements in all magnets. At a price of $1,199 (US) and $1,099 (US) for education, it seems to be an absolute bargain and is likely to pose a serious challenge to its close competitor in the lightweight, high-performance laptop market, the Microsoft Surface Go.

MacBook Air Prices May Cheer You Up Later This Year

Xiaomi Mi Notebook Air 12: For the One’s who Cannot Afford a MacBook Air