After much anticipation, Google has released the final name for Android N. The “N” stands for Nougat. When we put the entire list together, Android Nougat features are really something to look forward to. During Google I/O we already mentioned to you the top features of Android N. Today we’re presenting a briefer version with complete features we’ve sourced from various reports. 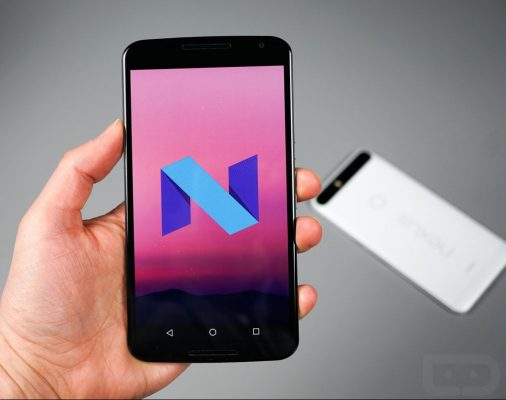 This, perhaps, is one of the top features of Android N. Individuals have been anticipating this feature since quite a long time. If you own any high-end Samsung smartphone like Galaxy Note 5 and Galaxy S7 then you’ll be aware of the split-screen feature. So yes, Samsung offers the feature for its pricey line-up already, but in case you want to switch to another Android smartphone, it arrives as a relief that you won’t have to part yourself from the feature. With Android N update, this feature will accompany you to every Android-powered smartphone having the updated Android version.

Even if Android wouldn’t have updated the settings menu, it would’ve been fine. In other words, the menu was pretty great already. But, by all means, we won’t say no to one of this top Android Nougat features. With the release of Android N, we’ll be receiving a settings menu, which would offer us information from beginning to the end. Now this is really cool.

We all love watching numerous videos, listening to a long list of soundtracks, and playing games for hours. But, sooner or later, we’re all worried about our phone’s battery. We keep checking the battery meter of our phone to see whether it’s close to full. The only thing we absolutely hate about our smartphone is that we do not use it, but still when we check the battery it is 10-15% low. The recent upgrades in Doze feature are our solution to the issue. In Google Marshmallow version, the feature would only activate when the device was in the stationary mode. On the contrary, in Nougat, the feature will activate as soon as the screen is turned off.

The entire redesign of Notification Shade looks absolutely spectacular. If you’re the one who wakes up to a ridiculous bunch of notifications every morning, this is one of the best Android Nougat features for you. The revamped design offers you the ability to answer to texts directly from the notification shade. There’s an absolutely no need of opening the messaging app at all. Now you won’t have to read a message through the notification and leave the person hanging simply because you aren’t bothered to unlock your phone.

We all know how expensive data packs are nowadays. So you avoid the use of data as much as you can when you do not have the option of Wi-Fi available. With the recent upgrade in Android N data saving feature, you won’t have to watch your data like a hawk. You will be able to easily control the apps so that it does not lead you to the data usage woes and will bring an end to the expensive data’s dilemma.