Hey Aussies, Android Pay Is Now Available In Your Country

Google Inc.’s digital wallet Android Pay has finally made its way to Australia. Android Pay has been officially launched in Australia on Thursday. The mobile payment service is not alone. Android Pay Australia has 20 local banks onboard with New Zealand Banking Group being one of the first biggest four banks in the country to sign up. 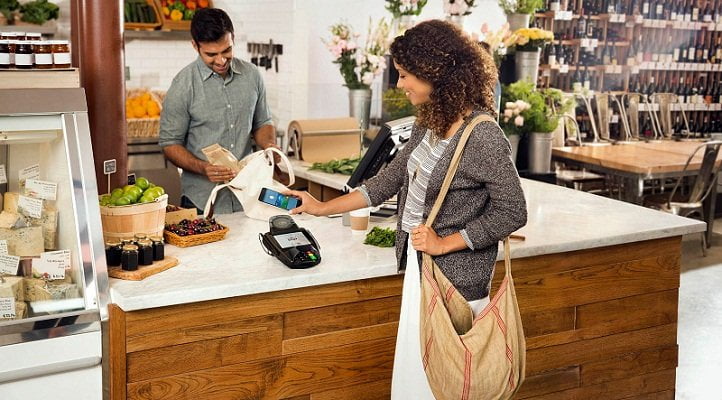 Google launches Android Pay, its contactless payment service in Australia, offering a new method to pay for anything without the necessity of grabbing your wallet.

Senior Director of Product Management at Google, Pali Bhat, noted during Android Pay Australia launch that 60 percent of Aussies are already using contactless cards to make payments. Further, he said that Android Pay in Australia is at a tipping point, where the company can lure users into mass adoption of smartphone payments.

While Android Pay Australia is forecasted to have a faster rate of adoption than Apple Pay, the lack of major banks’ presence during the launch comes out as a surprise. Also, what surprised us more is the fact that Westpac had pledged to support the service during the launch.

Six major banks of Australia pledged to lend their support to Google’s mobile payment service in December, including Westpac and ANZ. Now that the service has been actually launched in the country, 28 banks have pledged to back up, but Westpac is not on the list. Leading names like American Express and ANZ have confirmed to be working with Google.

Android Pay Is Now Available In Your Country

Australia is the fourth market where Google has launched its Android Pay since its official launch at Google I/O 2015. The pledged support from a big number of local Australian financial institutions means Google’s service can be used wherever the mobile payment systems are accepted.

At present, there are nearly 800,000 terminals for contactless payment at retail locations across Australia. This makes the country an attractive market for Google to offer their mobile payment services. You can walk into 7-Eleven, Myer, or Domino’s without bothering about the wallet, and use a smartphone to pay the bill.

Not so long ago, Android Pay was launched in the UK. It received a very warm reception even when there were dominants like Apple Pay, Barclays, and Samsung Pay leading the war zone.

Apart from the factor that majority of financial institutions are supporting the service, Android Pay security is one of the major reasons why people would prefer using it. Google has introduced major changes to the service since its launch in the UK and thus it has tightened the security of payments made via Android Pay.

Contactless payment services are already offered by leading giants like Samsung, Apple, and some local private banks in Australia, but the ease of use differentiates Google’s payment app from others. The service is directly baked into Android OS, i.e. no need to use a special payment app. Once you’ve downloaded the service and added your necessary details, all you need to do is unlock your phone and use it as if it were your credit/debit card. No need to remember a long, complex password, PIN, or any such thing to authenticate the payment. The phone’s system are highly advanced and secured by the fingerprint, number, or pattern, which you use.