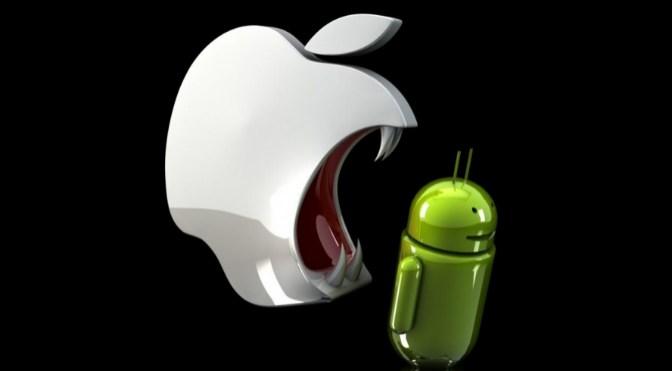 The war Android vs iOS is growing day by day, especially after the Android market share growth.

iOS Beats Android in the Battle of Performance

Amid this growth, the fiercest rival of Android i.e. iOS continues to decline. In the EU5, the share of iOS has declined right from 20.2 percent to 18.9 percent in the 3 months, which ends in March 2016. Talk about the biggest setback for Apple. Even in Apple’s domestic market i.e. the United States, Android has emerged as the dominant with 65.5 percent share after eating Apple’s shares and making the iOS giant a runner-up with only 31.6 percent market share.

This certainly demonstrates the heavy demand among customers for Android OS. But even as Apple struggles through a huge market share drop, the technical performance of the iOS giant remains to be the best.

Sure, there are more Android users across the world as compared to the iOS, but iOS beats Android whenever it comes to device’s technical performance. This has been stated by a new Q1 2016 “State of Mobile Device Performance & Health” report released by Blancco Technology Group.

According to the report, the failure rates for the Android devices are higher i.e. 44% as compared to that of Apple with just 25%. This clearly demonstrates that in Android vs iOS war based on performance, iOS is certainly winning. The Android misery doesn’t end here, popular devices, for instance, Lenovo K3 Note, Samsung Galaxy S5, and Samsung Galaxy S6 have higher failure rates.

As the long-term war for supremacy between the two giants- Android and iPhones continue, the latest research shows that iOS system is the best as compared to Android. iOS beats Android in technical aspects such as operating system’s performance. The OS crashes and errors are more susceptible in an Android-based smartphone as compared to iPhones.

Not only personal experiences and perspectives have led to this conclusion, but tech experts and researchers have also suggested the aforementioned fact.

Planning to Ditch iPhone for Android? A Flat ‘NO’

Nowadays, more and more individuals are switching to Android-based smartphones from iPhone. This is because Samsung, Google, LG, Lenovo, etc., are offering more features in lesser price as compared to an iPhone. But what we fail to understand is the fact that iPhone’s software experience is simply too good to touch for Android. No matter how many features an Android has to offer, when we talk about software, the OS is bound to suffer complications, unlike iOS. Third-party applications on the iPhone perform and look much better as compared to Android. Even in the case of user experience, third-party apps are simply everything.