Animal Crossing Tips and Tricks: How do you catch a wasp when you are not using your bug net? This and more on Technowize. 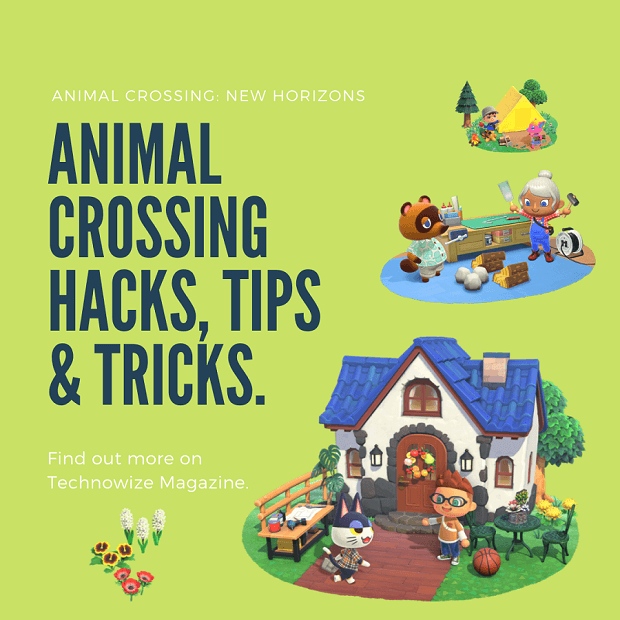 Animal Crossing: New Horizons is a relaxing game that never puts pressure on the player. Though the game can feel like an old fashioned strategy game, there is a lot to unlock in a surprisingly leisurely fashion. However, gamers still should do some tasks faster than others to open up the new island. Some of these activities include the following:

The game provides a camping tent to start, instead of a house. Tom Nook in the game lets the gamers pay off the trip with Nook Miles, achievement-like goals that steadily reward them for fishing, catching bugs, pulling weeds, and the other typical Animal Crossing activities. Gamers should cover those miles the sooner they can get so that they can pay off the tent. This would also allow them to purchase a house and unlock several other upgrades.

Talk with new residents in virtual life on the private island. There is much to accomplish beyond just the initial pleasantries. Help a beach-wrecked sailor get back on his feet or better, convince far off island dwellers to shift home. Gamers can unlock new shops by just conversing with merchants who drift into town.

Get Inventory and Tool Upgrades

These two upgrades gamers can achieve by spending additional Nook Miles after they pay off their tent. Visit the kiosk in the Resident Services tent after the package is paid off and purchase Better Tools DIY book and the Pocket Organization Guide. The Better Tools DIY book would offer recipes for upgrading the tools beyond “flimsy,” and the Pocket Organization Guide adds an entire row to the inventory space.

One of the DIY recipes is unlocking the own crafting table. Don’t build one right away! Tom Nook’s crafting table in the Resident Services tent can be used at any time, so there is no need to create a new one. More importantly, building one requires iron nuggets and the ones available are precious to spend so early.

Invite Blathers and Open the Museum

Once the gamer collects enough samples and Blathers visits the island, they will get the recipe for the vaulting pole. This pole lets gamers jump across rivers, opening up the island for more exploration. They would, however, still need to give Blathers more samples before he can finally open a museum. Invite and give him that! When the museum opens, gamers will have a place to show off all the collectables.

Use the Nook Miles, and you will never run out of them! Nook Miles start as an achievement system, which gives the impression to the gamer that they’re limited. Tom Nook will eventually upgrade your Nook Miles plan to Nook Miles+, that means gamers would never run out of Nook Miles. Other islands have new collectables for the gamer, visit the islands and collect them! Gamers can also get more fruits, wood, sticks, and flowers on the islands; or meet new characters to invite to their island. Grow the community!

As Animal Crossing is about exploiting the resources of uncharted natural lands to help expand the consumer society, a great way to do this is to plant trees instead of chopping them down. Trees bring valuable wood, tree branches, and fruit every day, which helps in the game.

This game is about socializing, and players need to be connected. Open the borders, leave gates open and socialize with friends. There are attractive surprises to be received when you open the doors!

The game has lots of secrets for the players to uncover, keep eyes and be vigil about the secrets and the game. Look for the glowing patches of ground, glistening spots on the beach and creatures that fly away if startled, there might be a sweet surprise there! Gamers would be rewarded for their investigation.