Most Anticipated Apple Products That Might Restore The Innovation

Apple Inc. is one of the most legendary American corporations that has completely transformed the way we look at technology. Sure, the company has been through its fair share of troubles. It’s important to realize that no matter what happened, Apple continues to remain the best. It is one of the most successful companies running in the history of corporate America. 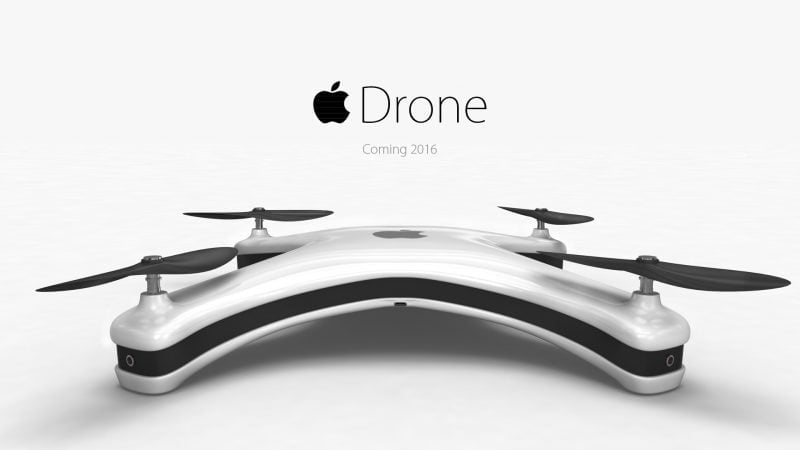 Apple innovation history dates long back. Innovation runs in the blood of the company since its foundation in a garage. Apple Co-Founders Steve Jobs, Steve Wozniak, and Ronald Wayne developed a personal computer kit. These innovative kits were hand-built and single-handedly designed by Wozniak. Ever since then, Jobs’ thirst for innovation led the company to where it stands today. Apple CEO Tim Cook is carrying the legacy of innovation forward. As can be seen, Apple’s empire under Cook’s leadership has grown to become the biggest in the global market. In the meantime, Apple has certainly seen a few ups and downs, but that has not let the company move away from its ground of innovation.

The highly anticipated upcoming iPhone 7 is all set to release on September 7. Meanwhile, here are the few products, which we’re expecting from Apple soon.

Let’s Take A Look At The Most Anticipated Apple Products

VR is the hottest technology of 2016. The back-to-back release of VR headsets from the leading powerhouses is enough to prove the dominance of virtual reality in the tech industry. If you’re wondering it’s just a short-lived fad, you’re wrong. Companies like Samsung, Facebook, and HTC have raised the bar extremely high. Moreover, Alphabet is also increasing its involvement with Google Daydream.

The team of VR experts, which the iOS giant has, is enough to pull off some major innovation of the decade. As usual, Apple is quite secretive about its project, so we aren’t sure if the company is planning to invade the VR or AR technology. Sure, if Apple decides to go for VR, it’ll have to battle giants like Gear VR, Oculus Rift, HTC Vive, etc. In case it chooses to go for Augmented Reality, the competition would be less, but it doesn’t mean there will be no competition at all. It’s important to realize that Microsoft’s impressive AR product – HoloLens and the craze of AR game – Pokémon Go, can offer tough times ahead for Apple.

Forget about the bigger things, even if Apple is ready to offer a few VR functionalities on our iPhone or iPads, we’ll be very happy. Apple VR is one of those upcoming Apple products, which the world is heavily anticipating.

When we’re talking about the most anticipated Apple products, how can we forget to mention futuristic iDrone? Certainly, Tim Cook’s company is far too cool to develop drone stuff, but again it’s too hot in the world of technology. The entire tech industry together with tech-savvy individuals is going Gaga over drones. The launch of Amazon Prime has simply fueled the necessity of drone in the modern world. Drones are now mature enough for the iOS giant to enter the pavilion and take the hardware and software market by storm. This could also mark Apple’s new entry in the software economy as Drone Operating System.

Not only is Apple keen on taking over Tesla CEO Elon Musk’s electric and self-driving cars, it’s also planning to go for Apple Space Rocket. Apart from Musk, Amazon CEO Jeff Bezos is another behemoth running a space rocket company. So far, Apple has not been keen on space, but a majority of its hardware carries a space style design. It’ll be awesome. Rockets are certainly one of the most anticipated Apple products. Imagine the half bitten Apple logo on the gigantic rocket. The cutting-edge technology and innovation culture of Apple will sure give offer an edge over other companies in the aero-space industry.

As has been noted, the Apple empire is certainly growing, but somehow it lacks major innovation. We hope that the release of iPhone 7 restores the faith of major consumers around the world.

Do you have any other most anticipated Apple products in mind? Let us know.