Looks like Apple Inc. is, finally, getting into the sleep tracking business. According to 9to5Mac, the Cupertino company has acquired Beddit, a popular sleep tracking device maker.

Beddit’s entire business revolves around a sleep tracking devices and apps that work with Apple’s iPhone and Apple Watch. Its current flagship product is Beddit 3, a thin strip of sensors that sits on your bed and analyzes sleep-related data such as sleep time, sleep efficiency, heart rate, temperature, respiration, snoring, room temperature and room humidity. It delivers the sleep data to Apple Health app on iPhone or the Apple Watch. Beddit 3 is available for $149.95, while the corresponding apps are free. 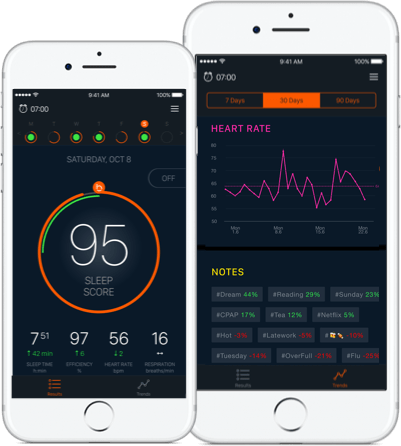 Something that’s really missing in the Apple Watch is a built-in app for tracking sleep. Of course, there are third-party apps such as Sleep++ and AutoSleep, but they’re not as slick as having a built-in software or sleep-tracking hardware. Moreover, the Apple Watch’s battery doesn’t last more than a day, so you risk waking up to a dead smartwatch the next day. Using Beddit’s technology, Apple will be able to provide detailed sleep data in the iOS’ Health app.

In the United States alone, sleep disorders cause an estimated $16 billion in direct costs to the economy each year. A study by Harvard Medical School in 2012 noted that chronic sleep deprivation costs the US around $65 billion per year in productivity loss. According to a 2014 study by researchers at the U.S. Centers for Disease Control and Prevention, one-third of adults in the US reported getting less than seven hours of sleep a night.

Sleep tracking is one of the most often-requested features of any smartphone or a smartphone. At some point in time, Apple will need to provide an official solution to bridge the gap in functionality. With Apple acquiring Beddit, it may finally make use of the sleep tracking company’s software and date for its future product line up or functionality.

Or, as with acquisitions in the past, Apple may be simply buying Beddit as a way to hire some or all of its engineers. The so-called acqui-hires will help Apple succeed in expanding its HealthKit service into a “tool that improves diagnoses.”

As of now, the fate of Beddit’s product line isn’t clear. Neither company has discussed future plans, however, the consequences are clear – consumers are now subject to Apple’s privacy policy instead of Beddit’s own.