Apple Inc on Thursday announced its investing $300 million in China to fund the provision of renewable energy resources to suppliers, Apple said in a statement. The project, which represents Apple’s commitment to increase the volume of renewable energy in its supply chain and to address climatic change, would power up to 1 million homes in China.

The U.S. tech giant said the project will involve 10 initial suppliers alongside Apple, jointly investing almost $300 million for a period of four years into the China Clean Energy Fund. The renewable energy projects from the fund could generate more than 1 gigawatt of clean energy in the country.

Cutting pollution has been made a key priority by China’s government, pressuring both local and international companies to assist in cleaning up the nation’s polluted soil and waterways while also reducing high levels of smog currently in China’s major cities.

Apple makes most of its products does around the world in China, including those shipped to the U.S. China is also one of Apple’s most lucrative end market, though the US firm is increasingly losing it’s grip of the smartphone market to local rivals

Renewable energy has long been part of Apple’s corporate DNA

For many years now, Apple has been harnessing clean energy sources for its data center in North Carolina. The tech giant debuted recycling robot Daisy in April, a device that can disassemble old iPhones. Apple has also announced powering its facilities across 43 nations with 100% renewable energy. It has also focused on cutting down greenhouse gas emission in its supply chain, working with aluminum suppliers in the US and Canada.

In 2015, Apple launched the Supplier Clean Energy Program. The tech company alleged the program, which has 23 manufacturing partners onboard and operating in over 10 different nations, would generate over 4 gigawatts of clean energy in addition to its globally generated clean energy by 2020. That will represent “one-third of Apple’s current manufacturing electricity footprint,” the company wrote. 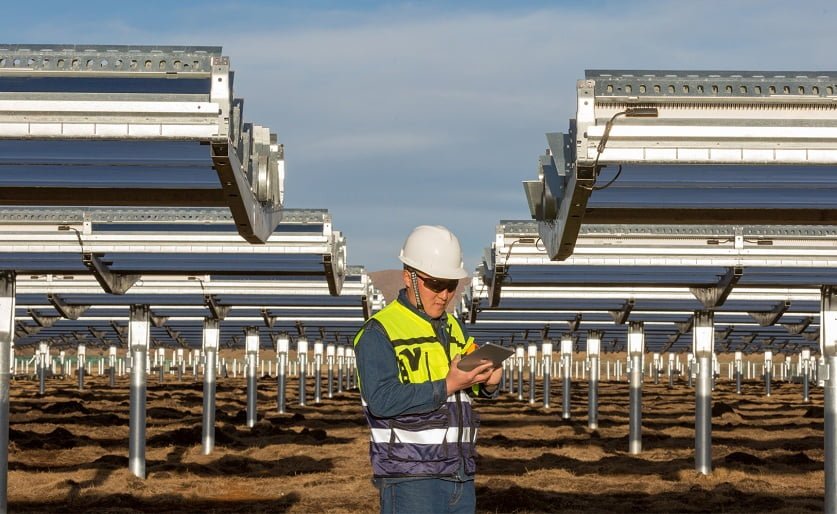 China is gradually moving towards clean energy sources as energy demand in the country experience a steep growth, thanks to efforts by the Chinese government. China’s reliance on coal is going obsolete in the past several years as renewable energy sources gradually find space in the country’s energy sector and the government has done more in making this a reality, said inaugural fellow David Sandalow of Center for Global Energy Policy, Columbia University.

The resources involved to transition into clean energy is widely known as the major challenge facing smaller companies in China, despite the heights of the campaign for transition and their hunger to do so. Apple is hoping the scale of the China Clean Energy Fund could afford the participation of smaller companies the platform to pivot towards renewable energy.

Push To 100% Renewable Energy Could Save Americans Billions

A forceful push towards 100% renewable energy would save Americans as much as $321bn in energy costs, while also dropping planet-heating emissions, according to a new report.

Joe Biden, the Democratic presidential nominee, has sworn to eradicate greenhouse gases from the US power grid within 15 years and principally zero out emissions by 2050, a plan assailed by Donald Trump as costly and damaging to the American economy.

But a new analysis by Rewiring America, an energy policy organization, finds that families would subsidy financially from an ample switch to clean energy sources such as solar and wind. More than 40% of energy discharges are resolute by appliances in and around the home, according to the report, such as heating, electricity, refrigeration and car use.

Should all of these linked factors be entirely electrified and sourced from clean energy, households could save as much as $321bn in energy costs, the report finds, or up to $2,500 a household a year. Households would be tackled with the truthful costs of installing solar panels and electric devices such as stovetops and heat pumps, but Rewiring America says sturdy government support for renewables would help distribute long-term savings.

“If we electrify everything, the savings are more than adequate to return money to households,” said Adam Zurofsky, executive director of Rewiring America. “Too often we are said doing the right thing for the environment involves sacrifice and costs more. But no one is talking about the upside – we can truly make an enhanced economy and save people money and a byproduct will be to cut discharges from residential buildings.”

Much of the savings are derivative from reducing the wasted energy tangled in digging up and delivering fossil fuel-based power to homes. By taking procedures such as backing mortgage-style payments for solar panels to lessen reliance upon the grid, the federal government can make it “dirt cheap” for people to switch to renewables, Zurofsky said. Solar is now the “inexpensive source of electricity in history”, rendering to the International Energy Agency, with the US consuming a record amount of renewable energy last year.

Such a consequence would be demanding given the prerequisite ramp-up in solar across US towns and cities, according to Brian Snyder, an energy and environment proficient at Louisiana State University. “We would necessity to figure an electrical generation system on top of our roofs that is the same size as contemporary US generation,” he said.

Questions in the supply chain and patchier generation in fewer sunny parts of the country would complex this challenge, Snyder added.

Zurofsky said the technical impending of rooftop solar comes from the federal government’s own estimates and was viable. “That does not mean it will be relaxed to do or that we won’t have to stretch our existing abilities to variety it happen,” he said, adding that the report intended to show “what the imminent can look like if we are motivated to make it so”.