On Monday, Apple announced several new products, including two new MacBook Pro laptops with stronger M1 Pro and M1 Max processors, updated design, and surprisingly, a notch and a ton of ports. The high-end, professional-grade computers will be running on Apple’s own ARM processors. The Macs come in two sizes, 14 and 16 inches.

The tech giant also revealed third-generation AirPods that have an AirPods Pro-style redesign.

The new M1 Pro chip has a 200 GB/s memory bandwidth, and three times the performance of the M1 chip. Built on a 5nm architecture, the M1 Pro supports up to 32GB of memory. It features a 10-core CPU which is made up of eight performance cores and two high-efficiency cores, making it 70 per cent faster than the M1. Meanwhile, the M1 Max has 57 billion transistors, 64GB RAM and a 32-core graphics processor.

Apple says the new chip is seven times faster than a PC laptop at peak performance. 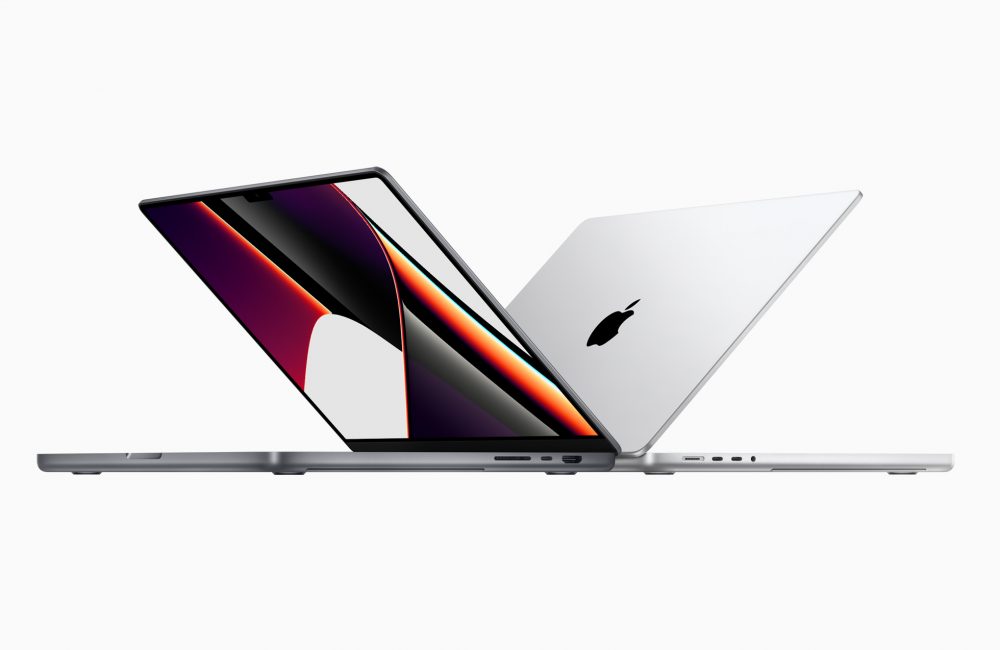 Apple says the new chip is seven times faster than a PC laptop at peak performance.

The M1 Max, meanwhile, packs 57 billion transistors. While CPU performance appears to be roughly the same as the M1 Pro, with the same 10-core setup, the GPU is double in size with 32 cores. It supports up to 64 GB of memory.

The new Mac Pros also offer an all-new design, including a notch.

The new Mac Pros offer higher pixel densities and the same Mini LED technology in the iPad Pro for greater brightness and contrast. Apple says the screens can reach 1000 nits of sustained brightness and 1,600 nits peak. The speakers have been improved too, with two larger tweeters and four woofers that provide “80% more bass.”

The biggest surprise is the ports for Pro users. You get three Thunderbolt 4 ports, HDMI, and an SDXC card slot. The headphone jack has been improved, with enough power to support high-impedance headphones. MagSafe has returned as well.

The new 14 and 16-inch MacBook Pros are available to pre-order starting at $1,999 and $2,499, respectively. The models will be available beginning Tuesday, October 26. 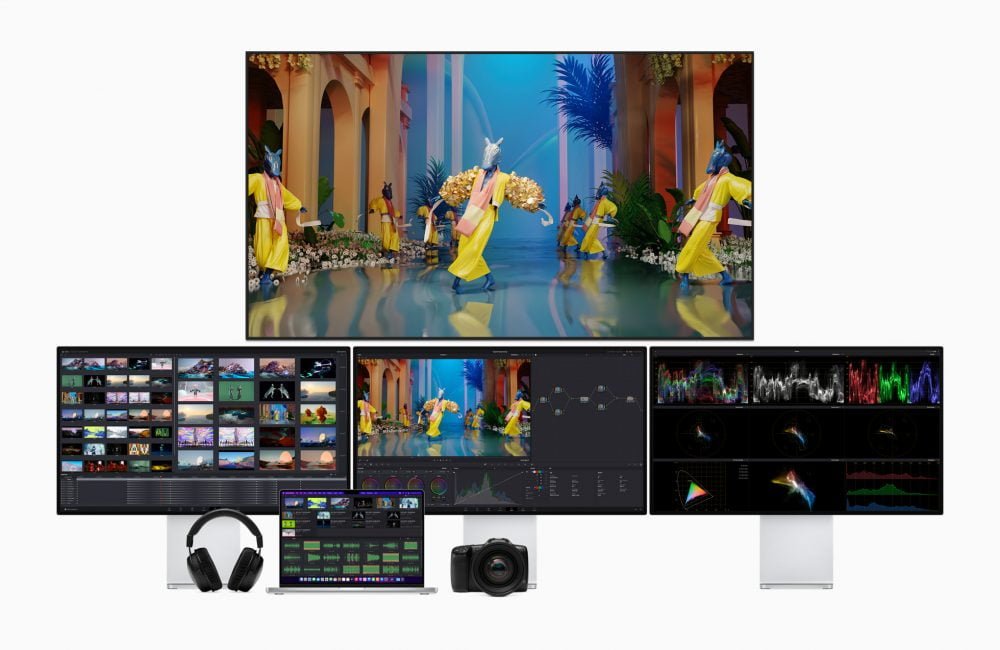 The new Apple Music Voice plan is for $4.99 a month allowing users access to Apple Music’s entire catalog of music, podcasts, playlists, and stations — including unlimited skips. But it will play only through Siri.

Apple says it’s adding a bunch of playlists curated for different moods like for a dinner party or just to relax and chill.

The Apple Music Voice Plan will be available later this fall in 17 countries.

The HomePod Mini now comes in orange, yellow, and blue. The new colors are available in November for the same price of $99.

Apple has finally announced the most anticipated and talked about AirPods 3. Features include Spatial Audio and Adaptive EQ, allowing for an immersive experience that’s better tuned for your ear. However, there’s no noise canceling, and the headphones don’t use silicone tips to provide a seal. Wireless charging is included in the case

The new AirPods also offer 6 hours of listening per charge, with a total of 30 hours. You can also get an hour of use with a 5-minute charge.

The AirPods 3 can be pre-ordered immediately for $179, and will be available next week.