Technowize lists out all the important updates from the tech-world’s most-awaited day of the year.

All eyes were on yesterday’s Apple event, which unfolded in an ultimate fashion-laden with awe, at the Steve Jobs Theater at Apple Park in Cupertino, California. From Apple buffs to tech-savvy people in general, everybody around the tech world was eagerly counting days (if not hours) in the run-up to the most-awaited event of the year in the realm of smart gadgets. We at Technowize too were giving you previews and reports of the exclusive leaks and rumors around the possible new Apple products. Now, with the unboxing being done, a detailed report of the entire event, calls for. 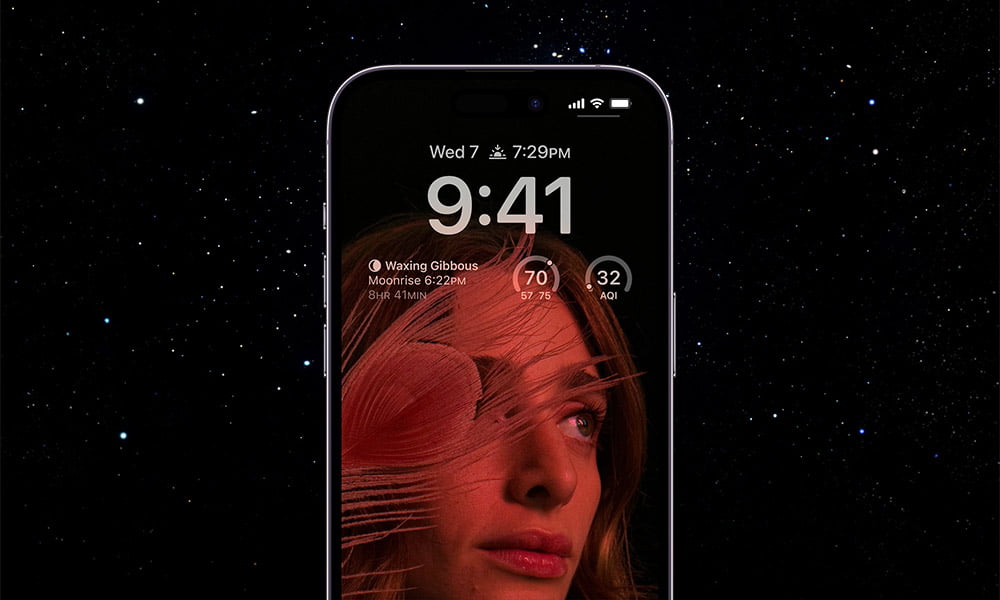 There was a host of new announcements made during yesterday’s Apple event, which stretches way beyond the speculations that were doing the rounds over the last few months. Along with the new iPhone 14 series (which is now available in four variants), Apple has unveiled a wide range of scintillating products – the next generation of AirPods Pro, an array of new smartwatches, and last but not the least, Apple Fitness+. 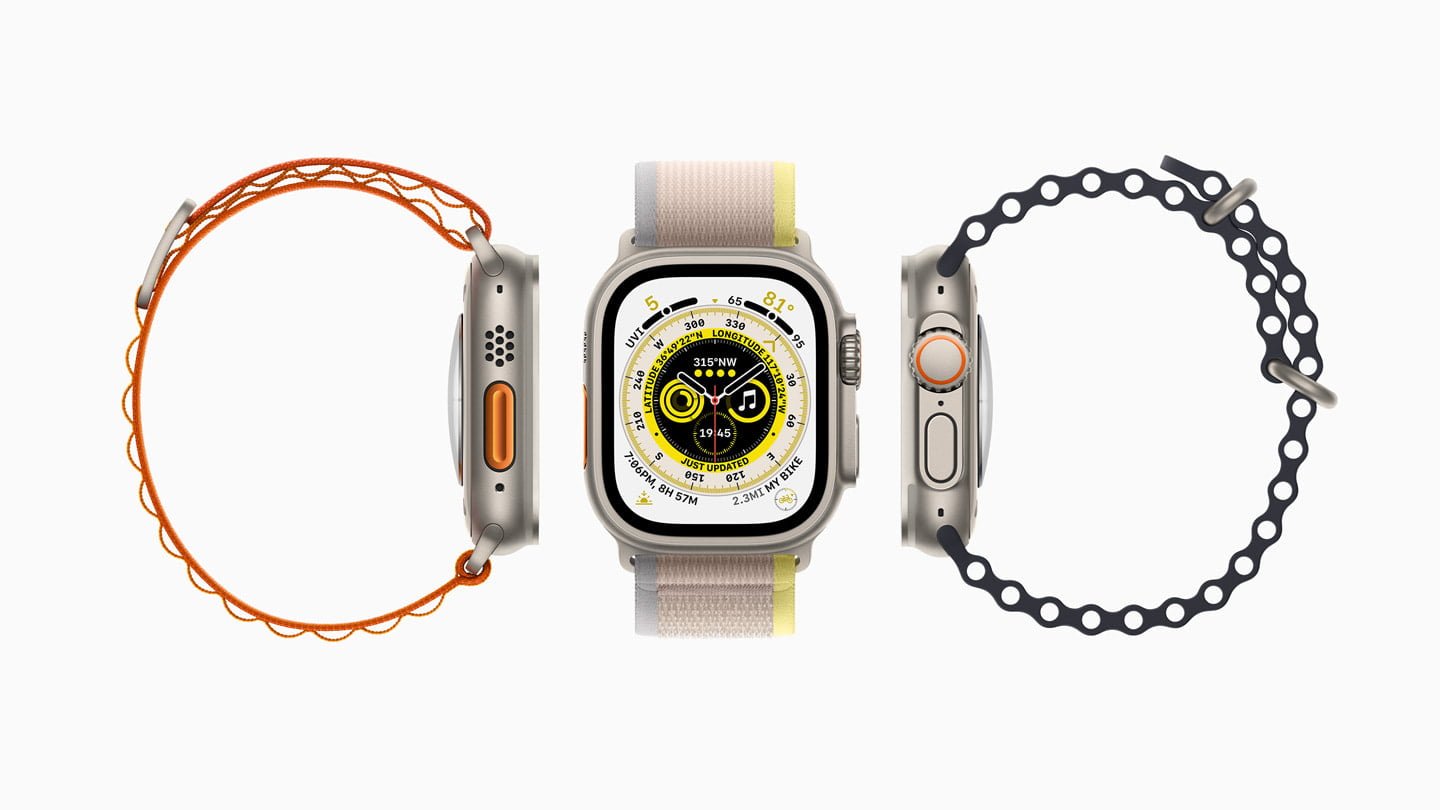 A host of new announcements were made during yesterday’s Apple event. [Image Credit: Apple Newsroom]

Apple has struck a chord with almost everyone across the globe as it revealed two unique SOS features for the all-new iPhone 14 series – Emergency SOS via satellite and Crash Detection. While the former helps you to send emergency messages when you are stuck in a remote location with no Wi-Fi or Cell service, the latter automatically sends critical information to emergency numbers when you experience a car crash. Apple says that it wishes that the users may never require to use these two SOS tools, which are already being hailed as remarkable in the history of tech innovations by all and sundry from the tech verse. 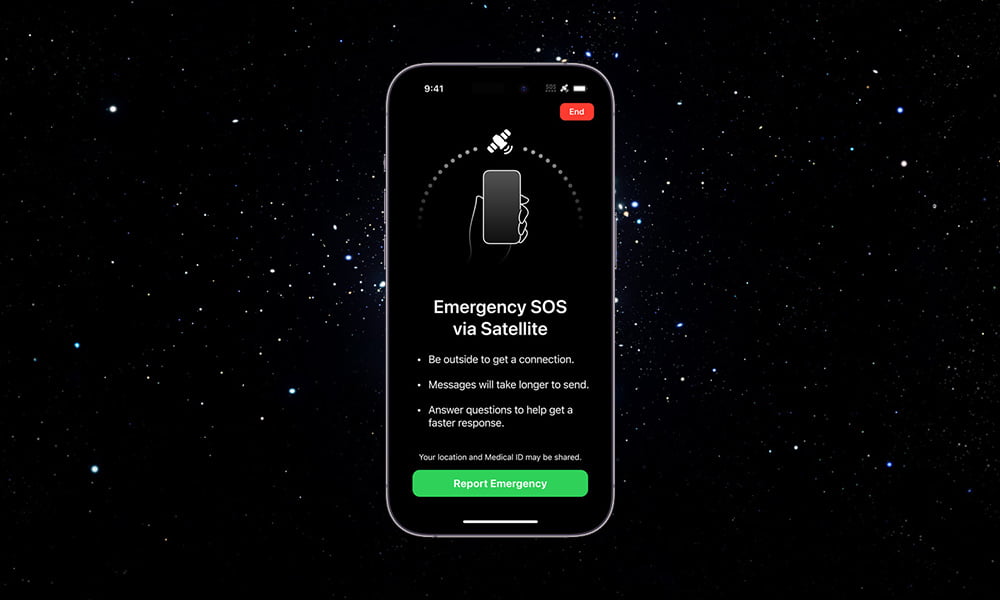 The fact that contrary to popular belief, iPhone 14 didn’t experience a single-dollar hike at the Apple Event 2022, gave a huge sigh of relief to Apple maniacs around the world. Priced at $799 and $899 respectively, both iPhone 14 and iPhone 14 Plus feature a new dual-camera system, Crash Detection, Emergency SOS via satellite and the much-needed enhanced battery life. Their sizes differ a bit as the former is 6.1-inched, while the latter offers you a 6.7-inch display. Both models boast of the A15 Bionic chip with a 5-core GPU and an enhanced image pipeline called Photonic Engine. 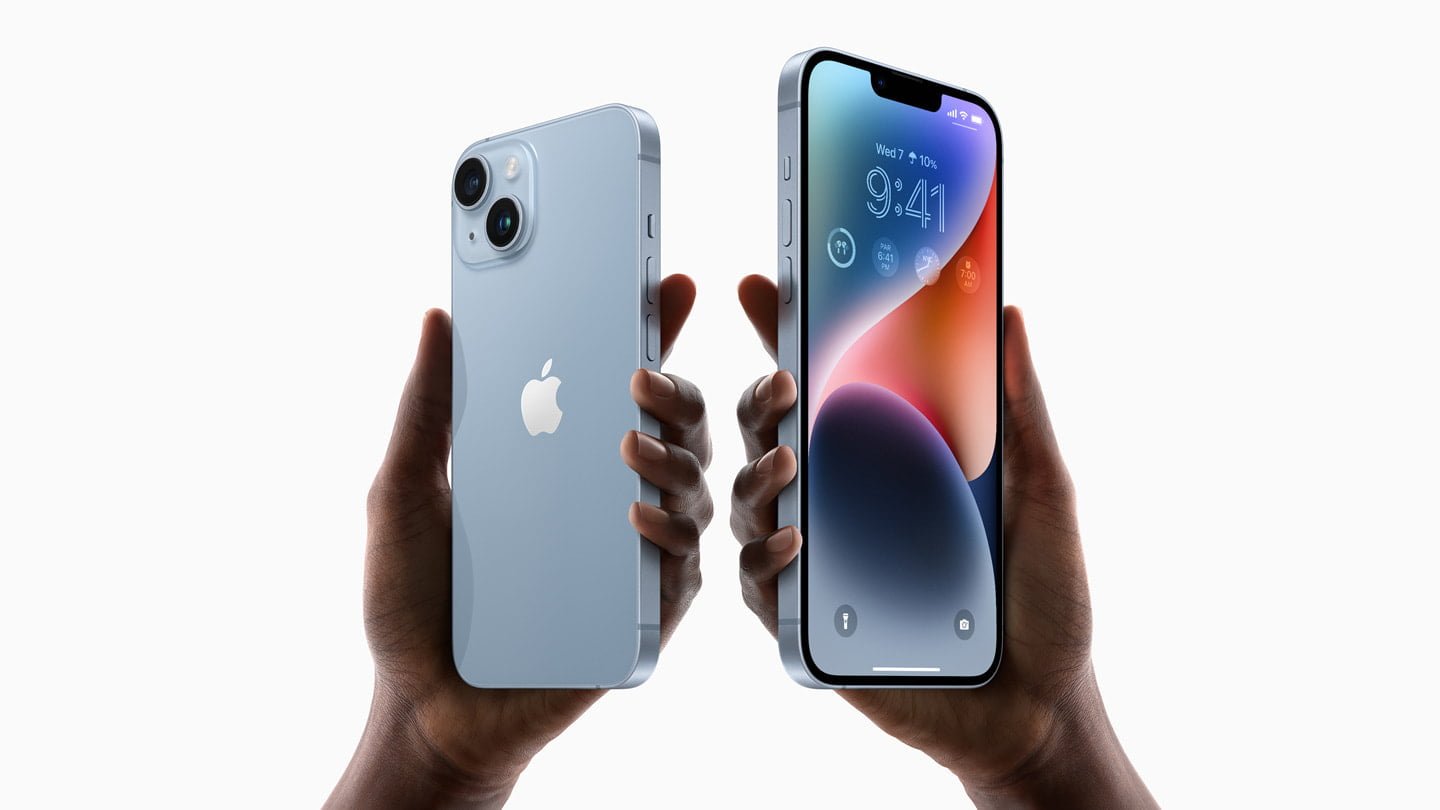 Users need to pay the same price for iPhone 14 which was there during iPhone 13’s release last year. [Image Credit: Apple Newsroom]

These two turned out to be the show-stealers as they garnered praise and accolades thanks to their mesmerizing characteristics like Dynamic Island, which unlocks a whole-new approach to experiencing iPhones, and Always-On Display. Both of them run on an A16 chip, claimed to be the fastest chip ever in a smartphone and has a 48MP main camera aided with a quad-pixel sensor. To lay your hands on the most-advanced Pro lineup ever, you have spent $999 for the Pro and $1099 for the Pro Max version. 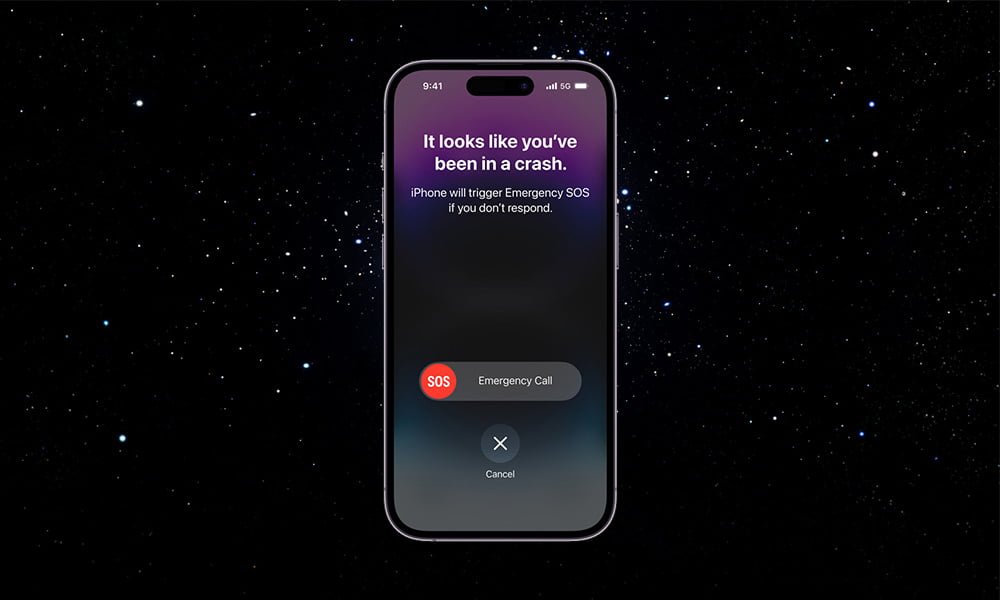 Now you will have a life-saving Crash Detection feature in your iPhone. [Image Credit: Apple Newsroom]

Apple claims that the new AirPods Pro 2 is ‘the most-advanced AirPods ever.’ With a price tag of $249, it’s bolstered with massive reinforcements – a new H2 chip, more-immersive Spatial Audio experience, upgraded Active Noise Cancellation feature and Transparency mode, a brand-new charging case and most importantly a longer battery life. 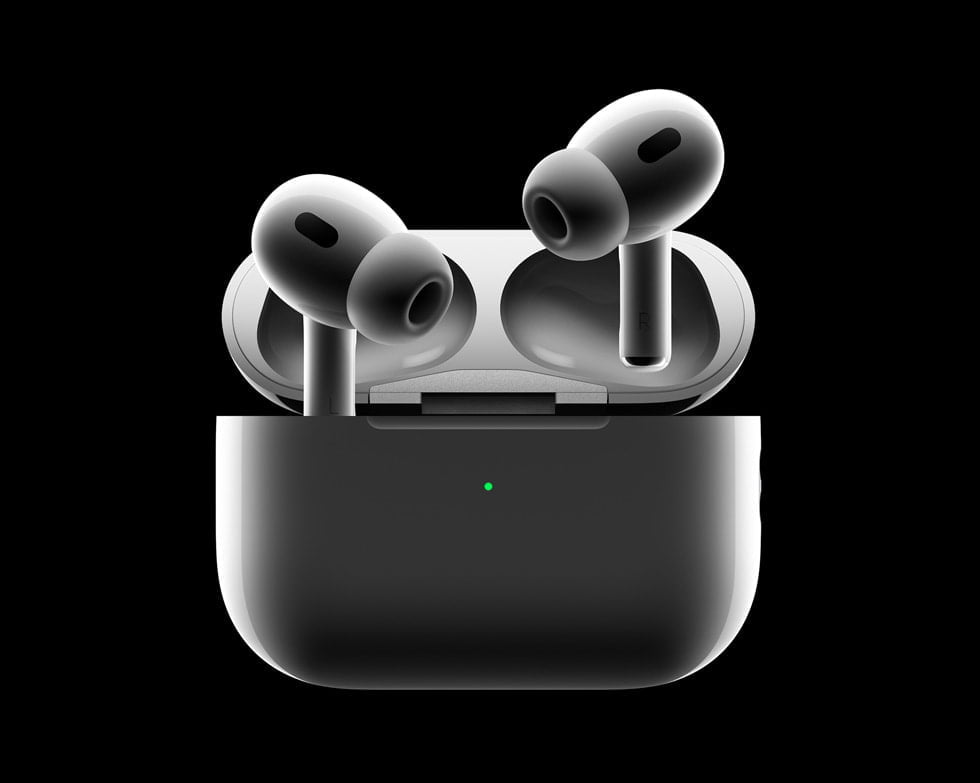 Apple introduced this flagship smartwatch by terming it as ‘the most rugged and capable Apple Watch ever’. Its salient features are enough to raise eyebrows and ensure an overpowering performance – a robust titanium case, precision dual-frequency GPS, up to 36 hours of battery life, the freedom of cellular and three specially-designed bands meant for athletes and adventurers of all kinds. The pocket-pinch is way higher in comparison with the other Apple watches, as it costs you $799. 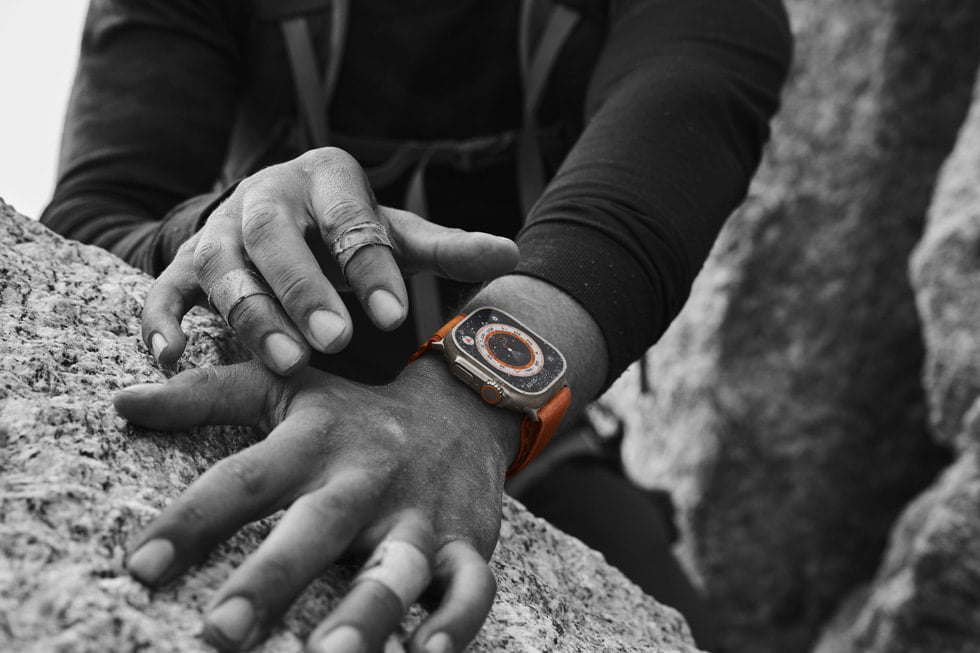 ‘The most rugged and capable Apple Watch ever.’ [Image Credit: Apple Newsroom]

Priced at an affordable $249, the new Apple Watch SE is designed to deliver the core Apple Watch experience effortlessly – Activity tracking, high and low heart rate notifications and Emergency SOS, as well as the new Crash Detection feature. Moreover, it comes with a completely redesigned back case that perfectly resembles the three classic case finishes. 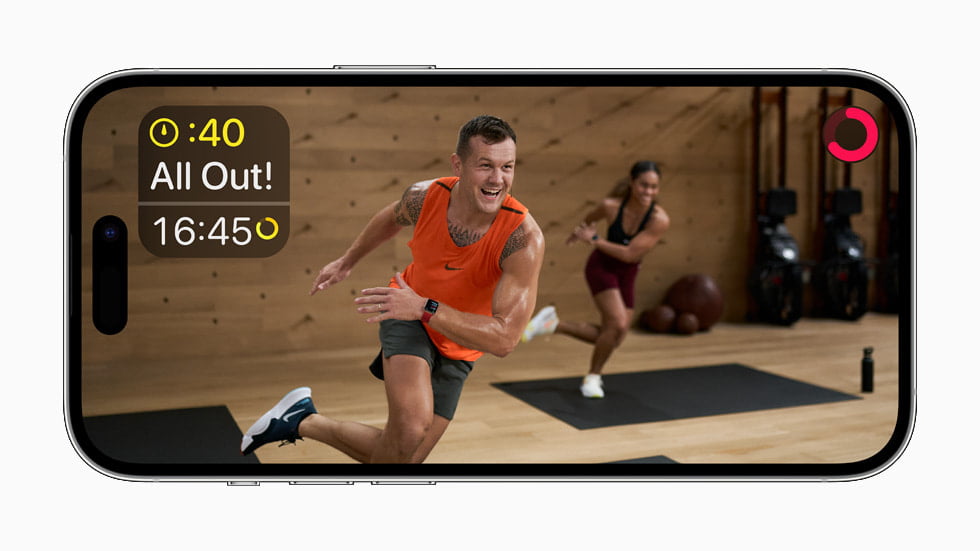 To the utter delight of fitness-geeks, Apple has announced that quite soon the critically-acclaimed fitness and wellness service, Apple Fitness+, which is exclusive to Apple Watch users as of now, would be available to all iPhone users. Apart from the new update being available in all 21 countries where the service is offered, fitness enthusiasts have so much more to rejoice as the list of added perks appears quite long – fourth season of Time to Walk featuring renowned artists and new locations, latest Artist Spotlight series, Pilates For More Than Your Core and the most exciting one, a new Yoga trainer in the form of Dice lida-Klein.