Mass production for the upcoming iPhone 7 is under process. While analysts are estimating slow iPhone 7 sales for the initial quarter of release considering there no major changes involved, Apple’s plans suggest the otherwise. The Cupertino-based giant looks forward to a decent profit margin during the quarter of initial release. According to insider sources, apparently, it seems Apple is adamant on negotiating the costs with few of its biggest suppliers. The company under the leadership of Apple CEO Tim Cook is striving for better deals to maintain high iPhone 7 profit margin, even though, it’s only introducing a few significant upgrades. Apple plans to boost its slow iPhones sales. 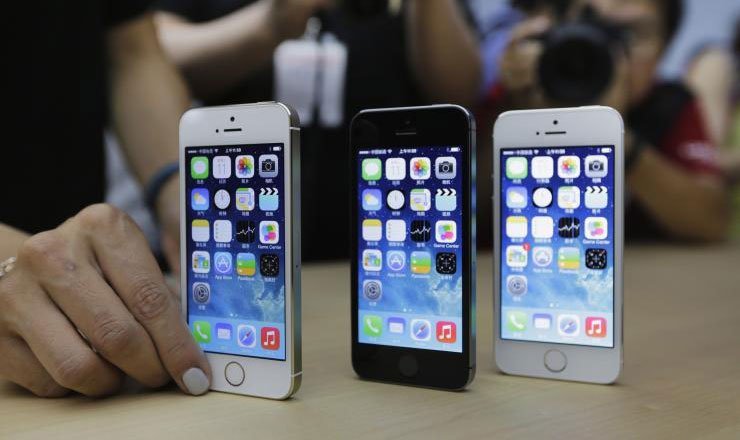 In order to drive higher sales, Apple is reportedly playing suppliers of several circuit board and camera module against each other in order to fetch a better-negotiated price. Apparently, the company seems to be pressuring Pegatron and Foxconn, its manufacturing partners, for a better deal. Meanwhile, Apple may team up with Taiwanese rival Wistron. At this stage, boosting iPhone 7 profit margins by driving bigger sales has become quite significant for Apple. This is to keep itself away from getting beaten any further in the competition by fiercest rival Samsung.

In response to Apple’s manipulations, suppliers are looking forward to increasing shipments to more clients, specifically, to offset the loss. The iPhone 7 rumors suggest that it’ll arrive with a large storage, i.e. 32GB, 128GB, and 256GB. The iPhone 7 model from the iPhone 7 series could sport 3GB RAM and dual edge camera. In case Apple wants to provide all these extra features without hurting its bottom line or baseline prices, they’ll have to simply cut the prices somewhere. The iPhone 7 release date is not yet decided, but it’ll be launched sometime in September 2016.

At present, the company is suffering from slow iPhone sales. Shipments for iPhones have started slowing down globally. Logically, pushing down the costs of components should help Apple maintain its margins even if iPhone sales fail to recover after the iPhone 7 launch in September.

A Weak Demand For iPhone 7

The sales figure for the iPhone 7 is projected to be weaker than any of the previous smartphones launched by Apple. No wonder the iOS giant is being cautious regarding the number of components it has been ordering for the upcoming handset.

Advanced Semiconductor Engineering, is one of the finest Taiwanese firms that is responsible for supplying components for Apple’s popular product. A senior executive from the same firm, Tien Wu, said that its big client based in the United States has become a little conservative in placing orders for 2016’s smartphone.

While Apple is taking careful approaches, same is not the case with China-based smartphone rivals. According to Wu, they’ve become more aggressive with placing orders for chips.

Apple is to keep a closer eye on bookings and orders for iPhone 7 components. The apparent decision is taken by Apple following the announcement that it’ll offer very few upgrades to entice buyers who are looking forward to a redesigned iPhone model. Perhaps, Apple has what customers are looking for, but it has chosen to unveil it in the form of iPhone 8 on iPhone’s tenth anniversary. Until then, the iPhone 7 is said to be a rip off of iPhone 6s with minor changes.

While the iPhone 7 is going to sport an enhanced camera and storage space, it will lack a unique design. This will result into slipping the iPhone sales further.