The speaker by Apple is a niche product in terms of its functionality and features.

The HomePod mini device is an upgrade from the original HomePod in many ways with excellent audio quality and Apple compatibility.

A HomePod mini is a cute gadget at 3.3 inches tall and a flat bottom and top. It is comparatively much smaller than the Echo and the Nest Audio devices and comes with a fabric cover, rubbery bottom, and a glossy plastic top. The top side lights up in white when the speaker is functioning and displays a multi-colored Siri swirl when talking back with the user. The audio controls can be handled by tapping at the center with volume up-down controls offset from the middle. The touch-sensitive portion on the top is relatively smaller than the original HomePod. The HomePod mini comes with a fitted braided power cable emerging from the back and connecting the device to an included USB-C adapter. 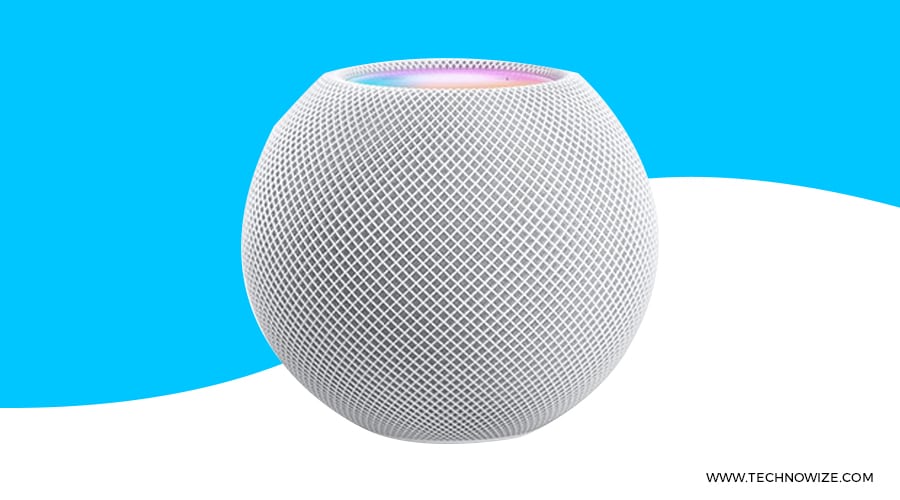 Once the device is set, users can ask the HomePod mini to play music from their Apple Music account. The HomePod mini has four microphones, which efficiently supports Siri voice assistant and can communicate effectively with it.

In the HomePod mini, Apple improved the software capabilities and Siri as well. It also added voice recognition, wherein the user can use the “personal requests” feature without worrying that other users will access the owner’s data. Smart home control devices like light bulbs, thermostats, locks, outlets, cameras, and more are synced with Apple’s HomeKit protocol. According to Apple, at present, 100+ brands are in sync with HomeKit, and there is also a vast list of compatible accessories mentioned on the company’s site.

Another new HomePod mini-feature is the Intercom, where Siri interprets the commands and broadcasts that message to any HomePod speakers located in the house. Users can easily send intercom messages through Siri on an iOS device and the HomePod mini.

Apple fixed one of the most significant original HomePod in the HomePod mini- third-party music support. The HomePod mini can sync with music-streaming services apart from the Apple Music app. Though the device can support only Pandora as of now, Apple also showed off Amazon Music integration when it initially announced the HomePod mini device.

The HomePod mini is a much cheaper device than the first HomePod, which is why it will be more favorable to buyers.