Apple unveiled an unexpected revival of its old iPad Air branding in March when it announced the Apple iPad Air 2019, a brand it discontinued two years ago. The new Apple iPad Air is a powerful, mid-priced, mid-sized tablet with an A12 processor as well as support for the Apple Pencil.

Though the new iPad has joined the long list of different iPads available since released, the question to ask is if the Air is worth having. This review aims at answering that question by providing a decent review on the iPad Air 2019 specs, graphics and battery tests, pricing, and more since it’s been around for a while now. 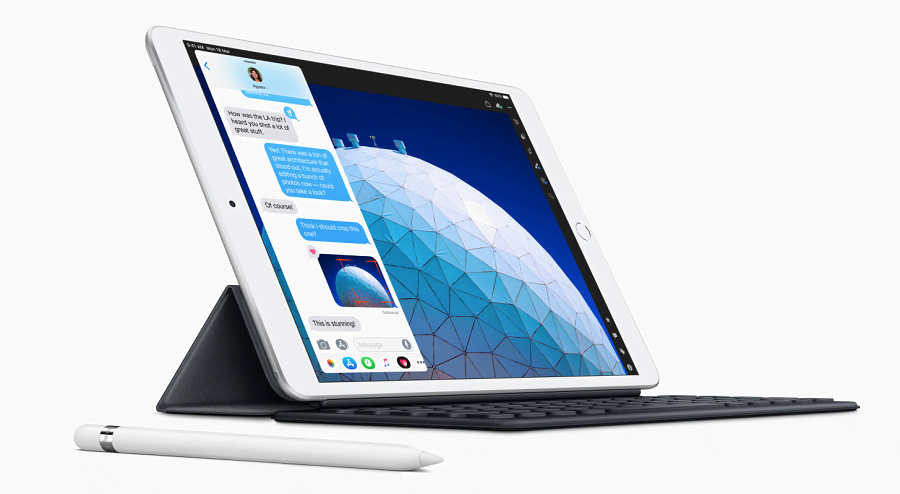 The Air design which comes with a larger screen and thinner body is a more improved tablet compared to the 9.7inch iPad. The Air continued the inbetweener theme but short of the radical changes we have in the Pro models.

The iPad Air 2019 generally has a great screen. It appears to be on a much higher level than the basic iPad, both in screen size and ratio. One very commendable feature seen in this Air is the restoration of the laminated screen. The screen of the 2017 and 2018 iPad 9.7in models was not laminated because of cost reason. But with the lamination, there’s nearly no air gap between the points you touch and where the pixels are. This solves the problem of the screen bending inwards very slightly when pressed as noticed in 2017 and 2018 iPad 9.7in models.

Apple’s True Tone technology is fully supported by the screen, meaning that the color temperature of the screen will automatically adjust to the lighting of its surrounds (room or outside). The bezels surrounding the screen have been slightly shrunken, which gives room for a higher screen-to-body ratio. The smaller bezels also allow Apple to add a larger display without excessively bulking out the chassis. You could still find the Touch ID button on one side on the screen, and a camera on the other side. Back of the Air is tapered to the edges, which makes the device appear thinner. 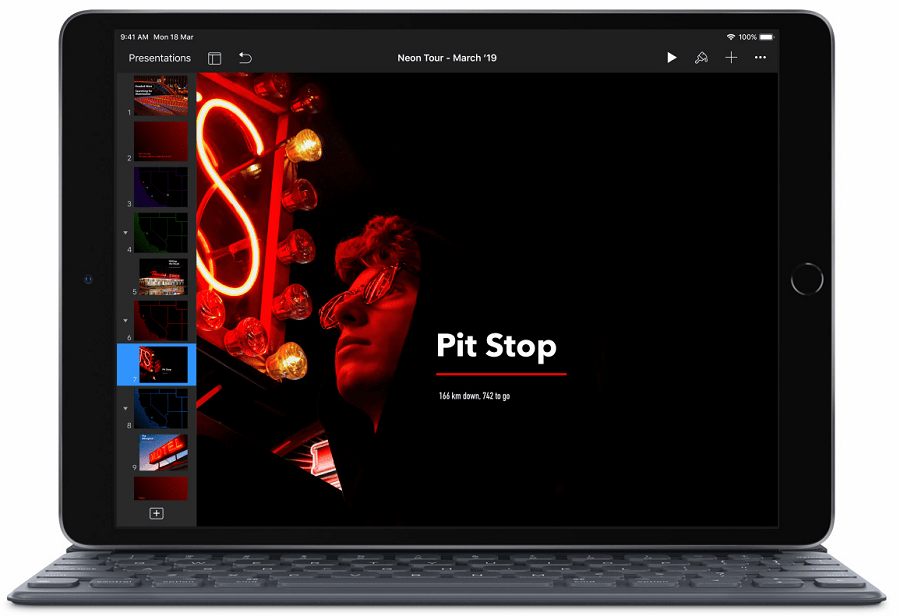 The Air comes with Apple’s latest generation of mobile processor line, an A12 Bionic chip. Although the A12X version in the Pro iPads is faster than this chip, the speed is still impressive, and an upgrade of the A10 Fusion found in the iPad 9.7in.  This could be because the A12 chip is accompanied by a 3GB of RAM.

Just as the iPad 9.7in, the Air has an 8Mp rear camera that produces quite decent images. For the front camera, the Air beats the iPad 9.7in’s 1.2Mp and 720p video with its improved 7Mp and 1080p video. The improved front camera suits the desires of a quality FaceTime and selfies for iPad owners. 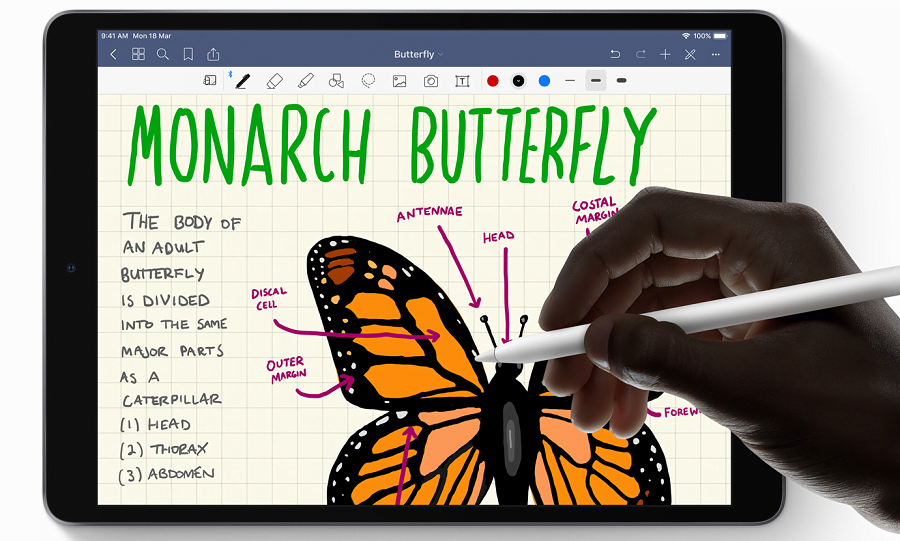 The iPad Air 2019 battery is a 30.2Wh rechargeable battery which according to Apple can last up to 10 hours of Wi-Fi browsing. Is that the true capacity? Geekbench benchmark (a more demanding use than real-world use), found the battery to be 36 minutes less than Apple’s claim. That’s not entirely bad. After all, it’s far better than the 6 hours 1 min available in the iPad 9.7in., though it is slightly below the battery life in the iPad Pro 11in which lasts for 9 hours 32 minutes. Depending on your location, the device will be packed with either a 10W charger or a 12W charger.

The benchmark for a budget iPad is $329 (the price of the iPad 9.7in 2018 which is still on sale). However, the new iPad Air 2019 price is a little higher but more affordable than the iPad Pro models.

Currently, you can order for the iPad Air directly from Apple or from any of the accredited resellers such as Amazon and Best Buy.

There is no doubt about lots of compromises in the iPad Air as an inbetweener. A more budget-friendly flare for tablets would consider the iPad 9.7 in or the iPad mini for the sake of portability. The iPad Pro 11in will be ideal for anyone with a little more to spend. However, the iPad Air 2019 is vastly appealing and arguably the most affordable tablet from Apple with a decent level of productivity.

The iPad Air 2019 battery life and larger screen size is a plus. Also, the headphone jack and Home button (though old fashioned) are also points for many. The cameras are powerful for persons with love for selfies and in need of high-quality video recording at a good cost. For anyone that’s not considering going too professional, this is the iPad to choose.