The most awaited Apple iPad Air 4 review is here. Is Apple’s mid-range device the one to buy? Let’s find out!

Apple’s iPad Air 4 is the best device in the iPad line-up with its reasonable price and functionality. It is the fourth -generation variant of the iPad Air and is thin and fast.

The iPad Air 4 is similar in looks to the iPad Pro with a squared-off modern design. The screen has a Liquid Retina display, curved corners, and smaller bezels than the predecessor iPad Air and a 10.9 inches display with 2360×1640 pixel resolution and 264 PPI. However, despite the large screen, the iPad Air 4 is compact and easy to carry.

One of the most significant changes in the new variant is the shift from Lightning to USB-C, which facilitates connecting multiple devices like external USB-C 4K displays, printers, USB-C hubs with multiple SSDs, SD cards, and wired Ethernet. Users can also connect their camera with a USB Type-C if the camera supports it. 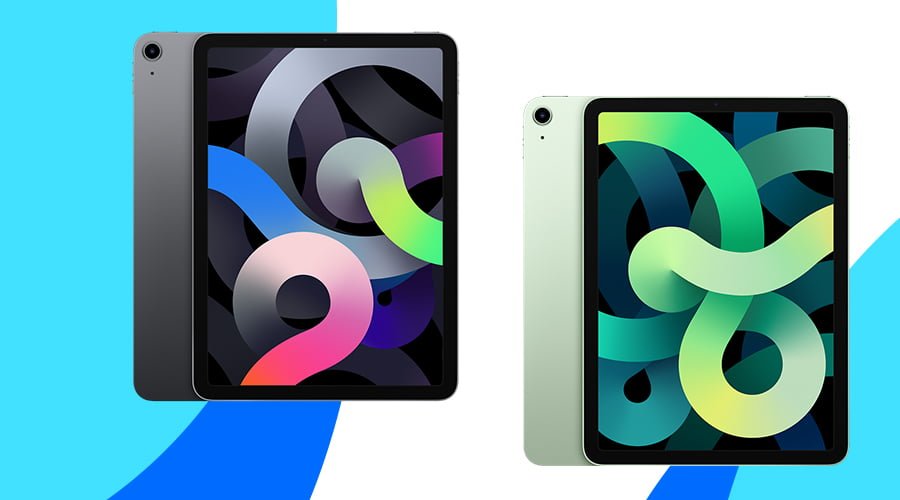 The Apple Pencil 2 also connects itself to the iPad Air’s edge and can be charged wirelessly. Also, when placed on the charger, it lets the user the remaining battery percentage.

The iPad Air 4 doesn’t have a Face ID but has a renewed version of the Touch ID. The biometric sensor is replaced with the sleep/wake button.  During the setup process, the iPad Air 4 also guides users through enrolling their finger with Touch ID. Unlocking the iPad Air 4 with Touch ID is much more comfortable- click the button, wake the iPad Air, and immediately read the fingerprint.

On pressing the finger for around a second, the device will “open” the iPad and take users to the Home screen. The iPad Air 4 also supports Wi-Fi 6, has an upgraded 12MP rear-facing camera that can shoot perfect 4K video, and enhanced speakers.

In terms of performance, the iPad swiftly opens applications, multitasks, and bounds the UI like superb. When it comes to performing basic tasks, the iPad Air 4 is the most responsive iPad ever.  It has the A14 Bionic processor, a six-core chip with a base clock speed of 2.99GHz, and 4GB of RAM.  So the iPad Air 4 has a faster clock speed than the iPad Pro. The iPad Air 4, as of now, is the most powerful iPad Apple has so far created.

If a person wants a tablet primarily for work, the iPad Air 4 is a perfect choice. This generation iPad Air also supports Magic Keyboard that enables faster and comfortable typing with a backlight to type at low lighting. The integrated glass trackpad also makes the text editing easier and navigation better.

IPad Air 4 is an excellent device for people who want a balance between price and performance.