Do Not Settle For Less Than What You Deserve. Buy Yourself an Apple iPad Air 5th Generation.

The Apple iPad Air 5th generation is the stuff of dreams. A M1 processor, 5G connectivity, and a front camera with Center Stage, it makes you feel like a star. 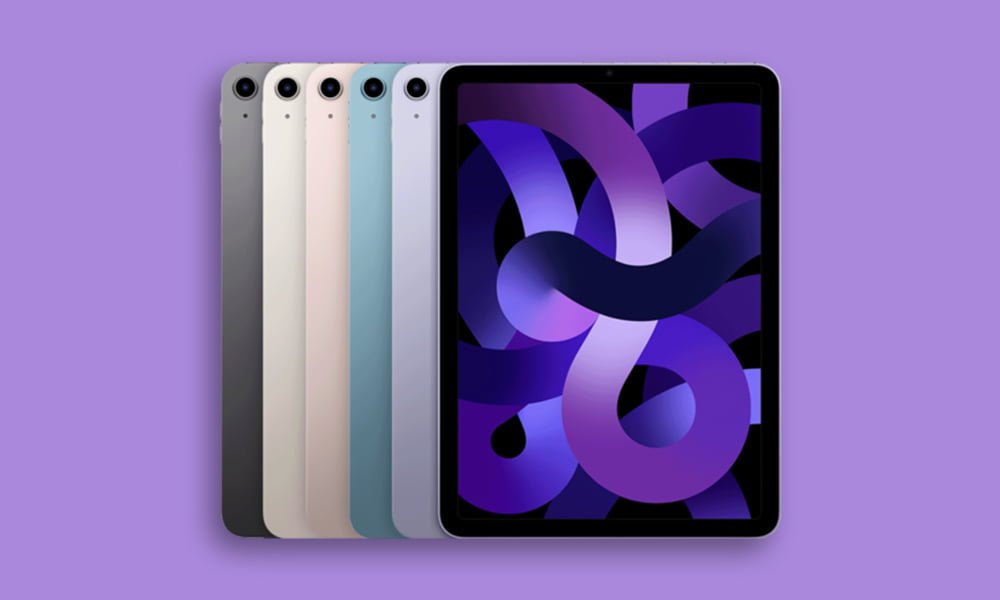 The Apple iPad Air 5th Gen is powered by the M1 chip that is also used in a MacBook Air.

Above all else, Joswaik calls out the improved features of the iPad Air. “With the breakthrough M1 chip, Ultra-Wide front camera with Center Stage, and ultra-fast 5G, iPad Air is now more powerful, more capable, and simply more fun than ever.”

He is right, you know. The M1 chip translates to an eight-core CPU that delivers up to 60 times faster performance in comparison to the previous generation. Apple also promises us that it is capable of delivering twice the graphics performance of the earlier models. This chip single-handedly makes the iPad Air 5th generation a powerhouse when it comes to content creation and graphic-intensive gaming.

The iPad Air 5th generation screen size is a cool 10.9-inches with Liquid Retina Display. Along with 3.8 million pixels, it makes for an immersive viewing experience. It can manage 500 nits of full brightness and also has an anti-reflective screen coating for your comfort.

The iPad Air 5th Generation also has a USB-C port for peripherals and charging. Data can be transferred quickly with a speed of up to 10Gbps. The iPad Air can comfortably last for a little over 10 hours on a single charge.

It also sports 12MP front and rear cameras that provide crystal clear pictures. The front camera, especially, makes you look good in selfies and video calls. The Center Stage feature is instrumental in keeping you in the limelight, even if you choose to move around during video calls. It automatically crops the background and zooms in on you to ensure that the focus stays only on you.

Sleek and light, the iPad Air is as beautiful as it is efficient. It is available in a variety of colors – space gray, starlight, pink, purple, and blue. The iPad Air 5th Generation release date was March 18 in the US.

You can also customize your iPad Air by separately purchasing a Smart Keyboard Folio, which retails at approximately $179, a Magic Keyboard, which costs around $299, and the Apple Pencil 2, which is priced at around $129.