Apple has proposed a set of new emojis to better represent individuals with disabilities, emojioedia reports. The proposal, which was submitted to emoji-creators Unicode Consortium by the company for a new line of “accessibility emojis,” will include prosthetic limbs, hearing aid, a guide dog as well as people using canes and various kind of wheelchair, if approved.

In the proposal, Apple writes: “Apple is requesting the addition of emoji to better represent individuals with disabilities. Currently, emoji provide a wide range of options, but may not represent the experiences of those with disabilities”

The necessity for the proposed emojis is due to the fact that “One in seven people around the world has some form of disability” Apple noted, stating that the new emojis will take care of various disabilities, involving physical skills such as hearing and vision or physical motor skills, a more hidden and invincible disability. 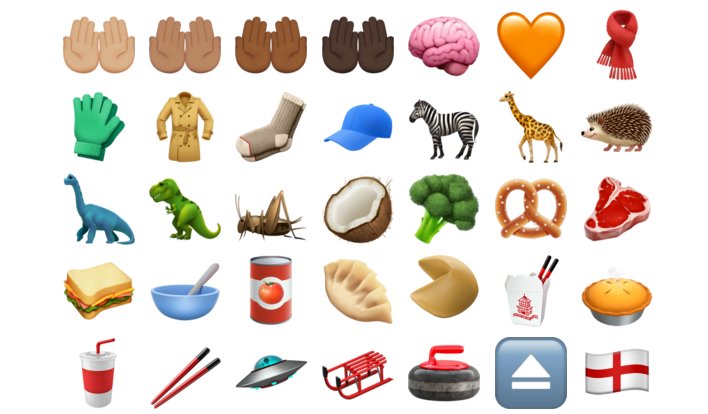 The new emojis are 13 in total, with options for gender, skin tones and age making it a total of 45. Apple is also reported to be working with the American Council of the blind, the National Association of the Dead, and the Cerebral Palsy Foundation, all stated in details of the proposal submitted to Unicode Standard. A summary of most characters proposed is represented below –

A person with a white cane

Someone holding a probing cane is requested by Apple to be encoded to have support for skin tones and gender.

A dead sign gesture is represented by an index finger pointing to the cheek as in American Sign Language.

Ear with a hearing aid

An emoji for a hearing aid was not considered to be in sizes by Apple. It was proposed to have support for skin tones.

Guide dog with a harness

For people with low blind vision or blind, Apple proposed for a guide dog with a harness.

A person in a manual wheelchair

Apple proposed for gender and skin tones support for a person in a manual wheelchair.

A person in a mechanized wheelchair

A support for genders and skin tones are also proposed for a person in an electric wheelchair.

Emojis are recognized as a powerful tool for communication, in as much as it depicts a universal language. It’s not only used to express personal experience but in support of someone, Apple describes in the proposal.

The proposal is being reviewed by Unicode and would be discussed in their meeting next month. If approved, the new emojis would be included in Emoji 12.0 to be released in 2019.