Apple unveiled three new Macs on Tuesday, powered by its own M1 chip, which it had announced earlier.

The M1 chip will power new Macs come with longer battery life, wake up instantly from sleep mode and run all iOS apps. Though the memory is a little low at 16GB of RAM and it does not support eGBU.

M1’s other features include 3.5x faster CPU, up to 6x faster GPU, up to 15x faster machine learning (ML) capabilities, and battery life up to 2x longer than before. And with M1 and Big Sur, users get access to the biggest collection of apps ever for Mac.

The new computers include new versions of its:

“The introduction of three new Macs featuring Apple’s breakthrough M1 chip represents a bold change that was years in the making, and marks a truly historic day for the Mac and for Apple,” said Tim Cook, Apple’s CEO. “M1 is by far the most powerful chip we’ve ever created, and combined with Big Sur, delivers mind-blowing performance, extraordinary battery life, and access to more software and apps than ever before. We can’t wait for our customers to experience this new generation of Mac, and we have no doubt it will help them continue to change the world.”

The 13-inch notebook MacBook Air speeds up with the M1 chip. The powerful 8-core CPU performs up to 3.5x faster than the previous generation. With option of an 8-core GPU, graphics run 5x faster, giving an immersive, graphics-intensive gaming experience. Machine learning apps that include face recognition or object detection will also work at lightening speed. The M1 chip makes the SSD performance 2x faster, hence images and massive files are easier to transfer.

M1, MacBook Air has a fanless design, giving you the absolute silent treatment. It has a battery life of up to 15 hours — the longest battery life ever on a MacBook Air. 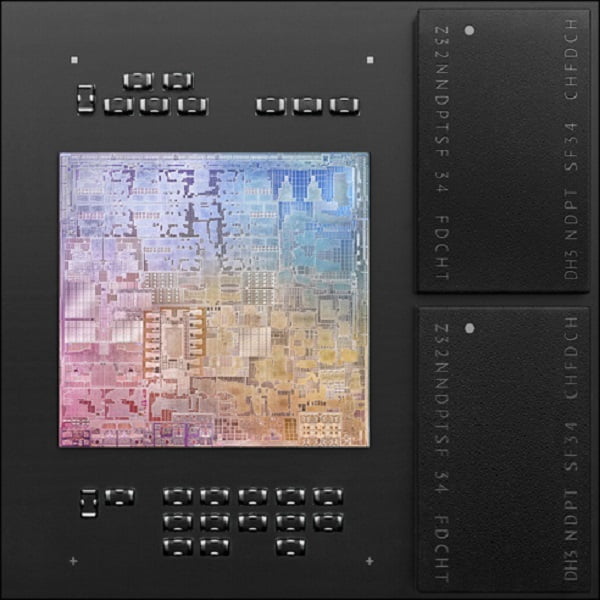 The 13-inch MacBook Pro has got enhanced power with M1 chip and Big Sur. Its 8-core CPU is up to 2.8x faster than the previous generation and is good for compiling code, transcoding video, and editing high-resolution photos. The 8-core GPU is up to 5x faster, allowing users to enjoy super-smooth graphics performance. ML is up to 11x faster, and for ML tasks that use the Neural Engine, the new 13-inch MacBook Pro is now the world’s fastest compact pro notebook.

It gives 17 hours of wireless web browsing and up to 20 hours of video playback, MacBook Pro has the longest battery life ever on a Mac.

The M1-powered 13-inch MacBook Pro can:

Mac mini is Apple’s most versatile computer and now has increased flexibility with M1, which brings an 8-core CPU with up to 3x faster performance than the previous generation. It allows to compile a million lines of code to building enormous multitrack music projects. There is a 6x increase in graphics performance, making complex 3D rendering easier.

The M1-powered Mac mini can:

Mac mini is now available for just $699, $100 less than the previous-generation quad-core model.

All new Macs come with Big Sur, the latest version of the world’s most advanced desktop operating system. It comes with powerful updates to apps, including Safari, Messages, and Maps. Big Sur combined with M1 gives longer battery life, enhanced performance, and stronger security protections. Browsing with Safari is now up to 1.5x speedier at running JavaScript and nearly 2x more responsive.

All of Apple’s Mac software is now Universal and runs natively for M1 systems. “The move to Apple silicon allows Apple to get the same level of integration we have seen on iOS and iPadOS where the user gets the benefit of having an operating system and app ecosystem that are optimized to the silicon,” explained Carolina Milanesi from the consultancy Creative Strategies.

Another benefit is that iPhone and iPad apps can be run on the processor, although they are likely to need a user-interface redesign to work without a touchscreen. Apple suggests the use of Rosetta 2 emulator to translate earlier apps that were made to run-on the Intel chip but the speed will depend on updating.

Most app developers will be anxious to update tot the new chip.

“Apple is one of the top five players in the PC market, but it faces an issue in enterprise, because there its share is only about 5%,” commented Annette Jump from Gartner. “And it could find it much harder to convince software-makers focused on that sector to start developing their products for the new Macs.”

Apple said Adobe would release a native version of Photoshop next year, and Omni Group would also publish universal versions of its productivity software, state a news report.