Isn’t it annoying when you are traveling to new places, and get stuck at the airport because you don’t know where to go? Imagine you are getting late for a flight in an unknown city and you don’t know where your terminal is? All these issues do tend to take place and one cannot avoid them. But, you can at least fight it with a weapon that is extremely handy. Apple Inc. has come out with an app that will help fight confusion on the airports. The airport apps are included in Apple Maps.

How does it work?

The iOS 11 introduced this new indoor mapping feature which will be helping out people at the airport by offering them walking directions. All you need to do is ask Siri to find something near you. The app will show your real-time location and also allow you to toggle between floors. The app helps you to search for shops located near your terminal as well as the entire airport. Apart from that, the app will also provide details of check-in desks, security checkpoints, baggage claim carousels, boarding gates, and other places. 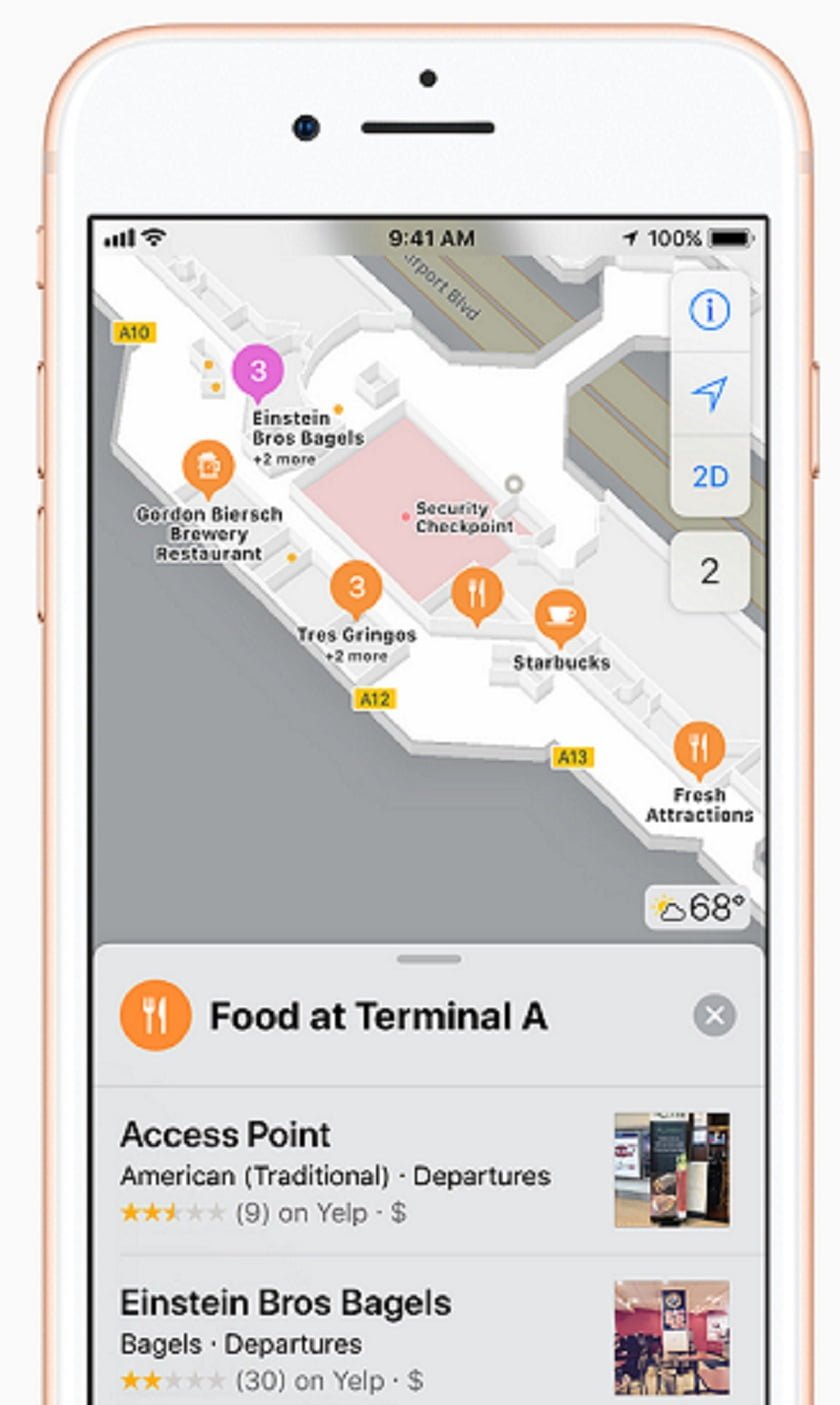 The app will show your real-time location and also allow you to toggle between floors.

In 2012, along with the iOS 6 mobile software, Apple also released their own mapping program. Apple had preloaded Google Maps on their devices but because of the tensions erupted between the two tech giants; Apple was forced to come with their own software. One of the major concerns was that the Apple Maps did not really work well. Many iOS users started noticing problems from navigation to searching for addresses. At that time, the company had apologized and fired the head of software as well.

But now, Apple Maps seems to get the hang of it. The users will now be enabled with lane guidance and speed limits for major highways. The Maps also shows transit directions for those who travel in metro areas. Apart from that, your iPhone will also remind you where you parked your car and will also update your arrival time, based on the number of halts you make.

Over the past few months, Apple has been adding major hubs around the world to their maps. As of now, there are around 35 airports, but the company has stated that they will be rolling out new airport maps incrementally.

Apple Maps will indeed be helpful in saving the passenger’s time. A lot many times travelers are forced to wander aimlessly at the airports because they do not know where to go. This app will help you cut down on those adventure rounds that you take in order to find a toilet or your terminal. This is sure to cut to the chase and help people move faster.