It’s decided. Either Apple is planning to stun this world with one of the most powerful models launched till date, or the behemoth is planning to launch a simple iPhone with merely incremental updates this fall.

According to the latest iPhone 7 rumors, the upcoming iPhone 7 and iPhone 7 Plus are going to sport an exciting camera update. The bigger model, i.e. the iPhone 7 Plus will sport a dual lens camera while the 4.7 – inch model, i.e. the iPhone 7 will feature a traditional setup of the camera. Though we have no official statement regarding the latest rumored feature, but the images supplied by Nowhereelse.fr are a strong evidence. The site has been a reliable and relevant source for more than a few Apple leaks.

So it seems Apple is gearing up for a landmark upgrade of this year, and why not? Cupertino giant’s fiercest rival in the smartphone market, Samsung, is planning to launch its highly anticipated Galaxy Note 7 in August following the super success of Samsung Galaxy S7 and S7 Edge handsets launched earlier this year. 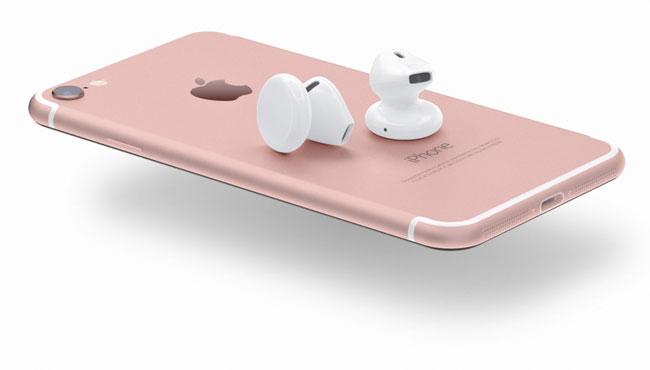 Arriving back to the upcoming iPhone 7, the camera for this model will be larger as compared to what its predecessors were offered. It’s highly possible that increase in the size of the camera could be a well-tested result of numerous enhancements. But, Rock Fix shop based in China, the country which is also known as Apple’s second largest source of the revenue generator, claims that a bulkier build for the next-in-line iPhone model is mostly due to larger CMOS sensor of the camera.

We don’t have a strong evidence to make a final conclusion after summing up the iPhone 7 rumors. But there lies a possibility that increased size of CMOS sensor may serve as the purpose to accommodate larger pixels, enhanced image stabilization, and more megapixels. If we take a closer look on the rear side of the iPhone in the leaked picture, it seems like the company has chopped off quite a number of antenna lines for a crisper, clearer look.

Also, along with camera feature, we’re hearing that 4.7 – inch model of the upcoming iPhone will sport 3.5 mm standard headphone jack, and as rumored, the other will depend on lightning ports in order to connect speakers and headphones. Previous rumors suggested that Apple was desperately trying to get rid of the standard headphone jack all at once, but now it looks like Apple knows better to do than depress its already depressed customers with the removal of jack. The exclusivity of 3.5mm headphone jack to the upcoming iPhone 7 and dual lens camera to the iPhone Plus model will make a clear difference between the iPhone models and eventually their price points.

Apart from this, of course, the prices for the iPhone Pro and Plus model will be higher. This will be because these two models are offering more features as compared to the iPhone 7.