Apple may introduce a triple-camera iPhone 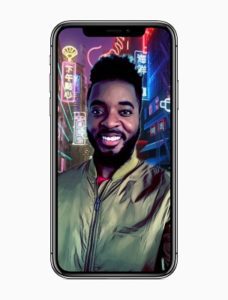 A huge strategy in the technology market is to keep up the pace on everything new, provided it’s a feature deemed necessary by the consumers. Tech giants are always on a top gear for any arising competition. And Apple may be planning to introduce its very first triple-camera smartphone this year, according to a rumor going round today.

TNW reports that the upcoming 6.5-inch iPhone is being speculated to take the credit, following Huawei’s P20 Pro released last month. The rumor is coming after just a few days Samsung disclosed that the company will join the trend next year, with S10 expected to lead the triple-camera lineup from the Korean tech giant.

However, this is not the first rumor that Apple will be introducing a triple camera iPhone. Previous reports which involved a popular Apple analyst, Ming-Chi Kuo speculated that the company would be rolling out such feature in 2019, according to MacRumors, as also reported by TNW.

Long before now, many of us have been waiting to see how triple camera will inversely improve the wide-angle view in our smartphones. Huawei delivered a perfect product, the P20 Pro with amazing image quality. But the technology still has a lot of promises – there are more to exploit in the configuration, mostly using AI technology to combine lenses, just like the underrated L16 due to software quality. Who knows what other companies would offer?

A major thing to note is that the route is inarguably one that every smartphone maker will speedily take. That makes me doubt that Samsung is not ready to compete this year. The date announced could possibly be a mistake, considering the damage it could cause the Korean giant within that length of time.

Meanwhile, the product that has wakened everyone has three cameras on the back, yes: one 40-megapixel main sensor, a 3x zoom 8-megapixel and a 20-megapixel camera. Though Huawei is in no way competing with Samsung and Apple is terms of market share or product quality, for now, the company has delivered one of the best smartphones anyone can buy. But competitors have a lot of weaknesses to exploit to win back the title almost immediately.

Combining the information from multiple cameras [for different purposes] with smart image processors can produce a remarkable image quality. This looks like the future of our smartphone cameras. At the moment, we only have phones with a telephoto lens and normal lens, or telephoto and wide-angle lens. None has combined the three which would unarguably offer the best image quality if properly processed.

What is Apple looking at to do with the three lenses? No one can imagine that right for now, it’s too early to think of. TNW suggests that Apple could use the third camera to improve the image quality from the remaining two and for depth sensing. Perhaps the company is planning to introduce something like a Face ID on the rear. Only time can tell as we await Apple’s first triple-camera iPhone.