This is a bit weird right? Well, Apple has no plans to shift from the tech side to the food business, but Apple Pay will surely come handy while ordering from KFC, Starbucks, and Chili’s Bar & Grill. Now ordering will be merely a tap away.

Apple Inc. is all set to bring out its Apple Pay mobile payment app for selected Starbuck franchises by the end of the year 2015. By 2016, it has plans to reach 7,500 stores.  The mobile payment app by Apple will be available for Chili’s Bar & Grill and KFC by 2106. This initiative will give Apple Pay a huge exposure, wide acceptance, and a well-needed boost. Apple Pay made its debut a year ago, but due to lack of acquiescence by retail franchises all over, the payment app wasn’t able to thrive the way company had expected it to. 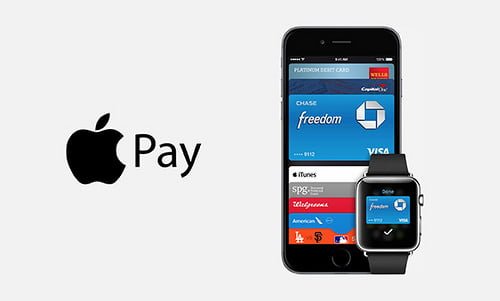 The current era and the tech companies stay true to their promise to turn out Smartphone into a digital wallet. Apple kick-started its initiative through Apple Pay for consumer interest last year when it debuted its mobile payments as a first venture in the field. 1 million credit cards had been used for Apple Pay in less than seventy-two hours. Via NFC (Near-field technology), people can pay for their purchases on the go via Apple watch or an iPhone. Various other ID-enabled touch devices, such as iPad Mini 3 and iPad Air 2, could perform in-app transactions as well. The latest iOS 9 update will provide users with excited reward cards and loyalty points. The services are integrated with a tokenization system, which sends a direct encrypted token in digital to stores instead of using debit or credit card every time the transaction is made; this implies that the retailers and merchants will never be able to see the data of customers. Mobile payment services, by Samsung, works in the same way.

By the end of the year 2015, Apple’s mobile transaction app is on the verge of being accepted in more than 1.5 million US locations. We can’t say that Apple will be going through a merry time, as there is no denial in the fact that it will have to face tough increasing contention from Google and Samsung, who have their own well-established mobile payment system, which is thriving consistently well.

She was quoted saying, “My own experience has really not changed over the years, It has always been a place I don’t feel I’m treated differently because I’m a woman. Having said that, I think we readily sort of see the issues in terms of not enough women in technology. Apple has a number of initiatives under way to really work on that.“