Apple Premieres Reality Show- Planet of the Apps at WWDC 2017

We have seen the Charlton Heston classic ‘Planet of the Apes’ and now the world will witness the ‘Planet of the Apps’, Apple’s new reality show. Yes, a strikingly similar name, but this name exhibits sarcasm on our generation dependent on technology. The irony here is we have advanced from Apes to people who cannot live without Apps. Is our planet really turning into the Planet of the Apps? There is a sure-shot possibility of that because where once reality shows were about dance, acting, and cookery skills; now it will revolve around a bunch of app developers also.

Apple’s Planet of the Apps

Apple has aptly named its reality show ‘Planet of the Apps’. This 10-episode reality show series has similarities with ABC’s ‘Shark Tank’, as reported by Reuters. The Cupertino company premiered the first episode of this reality show at its WWDC 2017 event in San Jose. Soon after, the episode was made available on Apple Music for everyone at midnight ET.

This reality show is all about app developers. It focuses on a bunch of app developers as each of them tries to impress a panel of judges. The judging panel consists of-

Will.i.am – Musician, DJ, Actor, Philanthropist, and an Entrepreneur who has worked with Intel Corp. as the director of creative innovation.

Gwyneth Paltrow – Actress, Singer, Food Writer, and Comedian. She is an artist ambassador for Save the Children that raises awareness for World Pneumonia Day.

Jessica Alba – Actress and Businesswoman having her own venture – The Honest Company.

Let’s just say it’s not going to be a cakewalk for the app developers. After all, the judges are top-notch business personalities who have seen it all and know it all.

App Developers get a Stage to Pitch Ideas

The trailer that released before the first episode, showed the mechanics of the show pattern. An escalator pitch gives the app developers i.e. the contestants a 60-second time period. In those 60 seconds, they have to explain and pitch their idea while they are slowly brought down, to the stage.

Just to make sure that the show does not lose its charm about being based on the apps, there is also an app-like system, more like a Tinder clone. The advisors can swipe right or left to show their interest or disinterest in the idea pitched by the app developer.

Furthermore, the ones who get a go-ahead will be funded for developing their ideas. This way, the developers will move forward step for creating one of the greatest apps of all time. Moreover, the viewers are informed at the end of the show that they can download these apps from Apple’s App Store. Not only this, the show will also be promoted on iTunes, Apple’s home pages, and at other places.

Trailer of Planet of the Apps

As mentioned above, the company released a trailer before it just sometime before it aired the first episode. You can watch the trailer of the reality show released by Apple below-

The premiere of the ‘Planet of the Apps’ is like a cherry topping on a cake. Where everyone was expecting just hardware and software releases and updates at WWDC 2017; Apple also stepped into original television series with its ‘Planet of the Apps’. 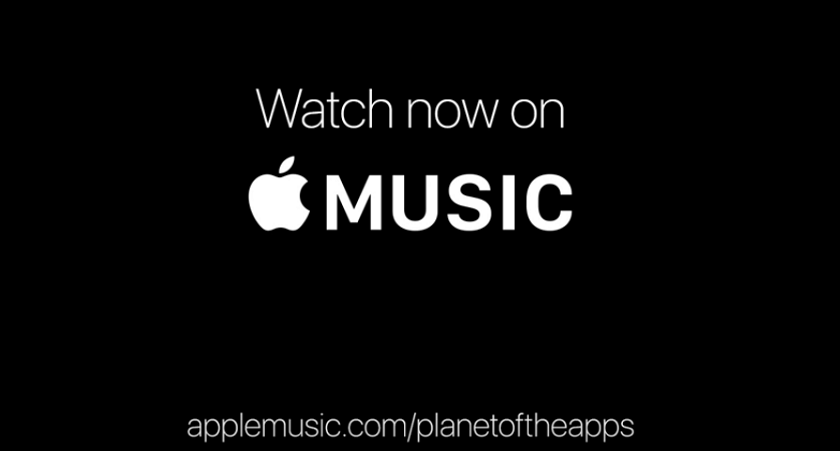