Apple Mammoth comes from the name of the Mammoth lakes area in the Sierra mountains in California.

Next year’s version of macOS might be called Mammoth, as the official news from Apple predicts. Apple was granted a trademark extension for the Mammoth name for the 2022 macOS system and we know that the trademark extension was approved on November 16.

The shell corporation Yosemite Research LLC owns this trademark name and this company owns other Apple trademarks, including “Yosemite” for macOS 10.10. Next year’s Apple Mammoth version will be in the market for all Apple users.

This year, we have Apple Monterey that proves to be a very effective macOS version. Apple is using the California theme to name the version of macOS and this practice has proven to be successful. 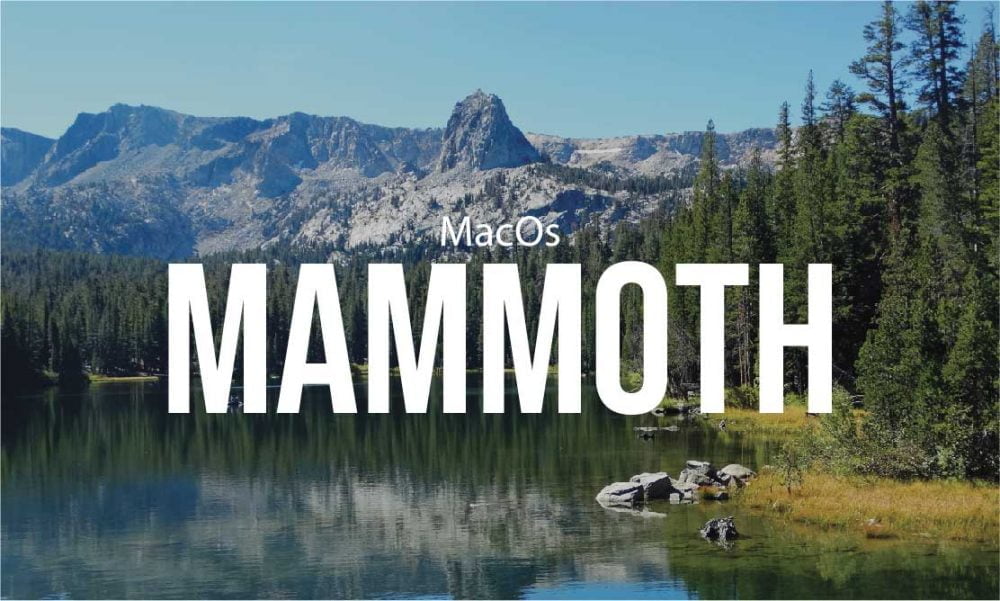 Apple Mammoth comes from the name of the Mammoth lakes area in the Sierra mountains in California. It is a resort town and next to Mammoth Lake Basin, there is Mammoth Mountain. This area is famous for Red Meadow, and there is a home to Rainbow Falls. In the close area, there are El Capitan and Yosemite. Here, you can also find the Sierra National Forest and Yosemite National Park.

It is no wonder why Apple is using these names for their operating systems. The beauty of these natural wonders is astonishing, and many people come here to see nature and enjoy the amenities.

When it comes to the Apple Mammoth version, we would like to see some improvements that would come naturally. First of all, we would like to see a redesigned desktop. There might be a dynamic flexible menu bar that can grow and shrink with ease. This solution can reserve more space for windows and it can hide the menu bar that often has no purpose.

The left and right sides of the menu bar should not be locked to the corners. Instead, they should collapse into small boxes so they can float on top of your content. These pill-shaped boxes can expand and shrink depending on the items on a menu bar. A lot of macOS apps do not use the menu bar in large quantities, which is why the changes can be very effective.

When it comes to window buttons, they have remained the same since the introduction of macOS X. The only change was made in OS X Lion when the green button was there to trigger the full screen. Now, we can see the changes that Apple has made when it comes to the green button. When you hover over the button, a new overlay appears. You can tile an app on one side of the display or you can move a window to an entirely different display.

We believe that Apple Mammoth can go a step further. It would be good to see that window buttons expand and shrink on the fly. This option would save a lot of space on the display. At the same time, this solution declutters title bars. This is already available on iPadOS 15 and we think it would be good to see these solutions on Apple Mammoth too.

All these improvements are on the bucket list of many macOS users, and we would like to see these improvements within the new Apple Mammoth trademark. In this manner, the users will be able to save time and do more tasks in the macOS that should be the best version in 2022.