The M2 chipset is expected to feature an eight-core CPU, and a 10-core GPU.

A week ago, Apple analyst Ming-Chi Kuo said that the iPhone maker is gearing up to introduce a new MacBook Air with an M1 chipset later this year. There have been rumors, however, that the new Apple MacBook Air will be upgraded with an M2 chip instead of the existing Apple M1.

According to 9to5Mac, the new Apple MacBook Air is codenamed J413 and is expected to be unveiled in a single version with the M2 chip. The M2 chip is codenamed “Staten,” and it is based on the A15 SoC. The M2 chip bears a few similarities to the M1 chip – it has an eight-core CPU, but will come with a 10-core GPU. 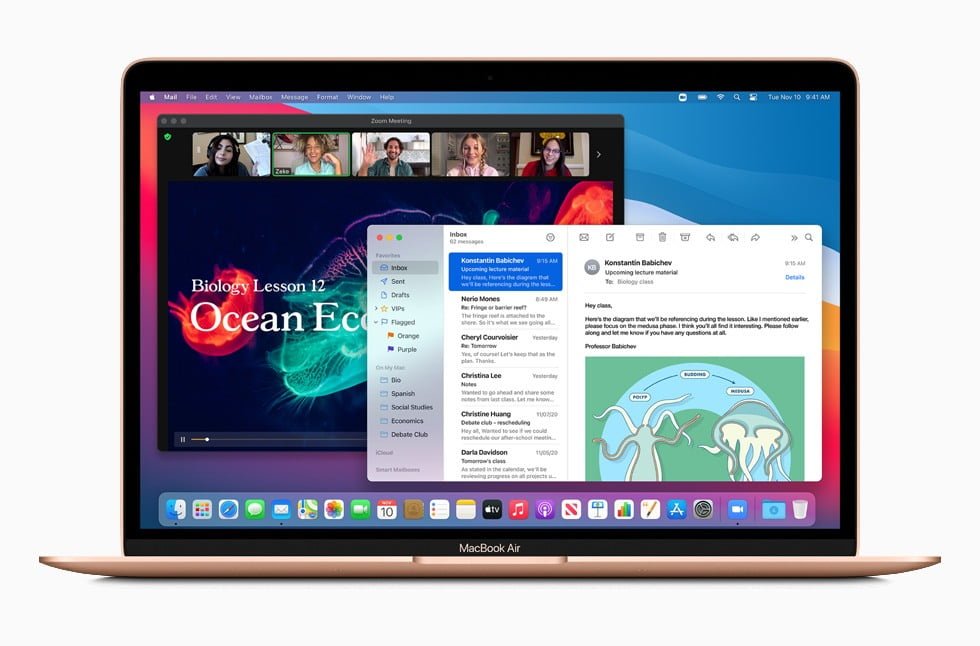 The M2 chip will be a successor to the M1, although Apple is reportedly working on M2 Pro, M2 Max, and M2 Ultra.

If insider sources are to be believed, Apple is also launching an M2-powered 13” MacBook Pro in 2022. The 2023 MacBook Pro is codenamed J493. However, the laptop might be launched as “MacBook” as Apple is considering dropping the “Pro” moniker for the device.

According to reports from MySmartPrice and MacRumors, Apple is expected to unveil a new MacBook Air with a 15-inch display in 2022. The Air series will welcome a new variant with a larger display and form factor.

The new Apple MacBook Air 15-inch model will be powered with an Apple M2 Chipset and will feature a larger display and new design. According to display analyst Ross Young, the upcoming 15-inch model could be slightly larger in terms of form factor than the 13-inch model. This means that Apple may have to trim down the bezels to allow a size that is close to the smaller model.

According to Mark Gurman from Bloomberg, Apple is also considering a large version of the MacBook Air for later this year. However, the Cupertino company may push it forward into the “next generation,” or the 2023 series.

The first 13-inch model will arrive in the second half of 2022. If reports are to be believed, it will bring a refreshed design with white bezels around the 13.3-inch display. The laptop will bring MagSafe charging support, further pushing the trend for magnetic charging. It will sport multiple colorways and a keyboard with a white finish.